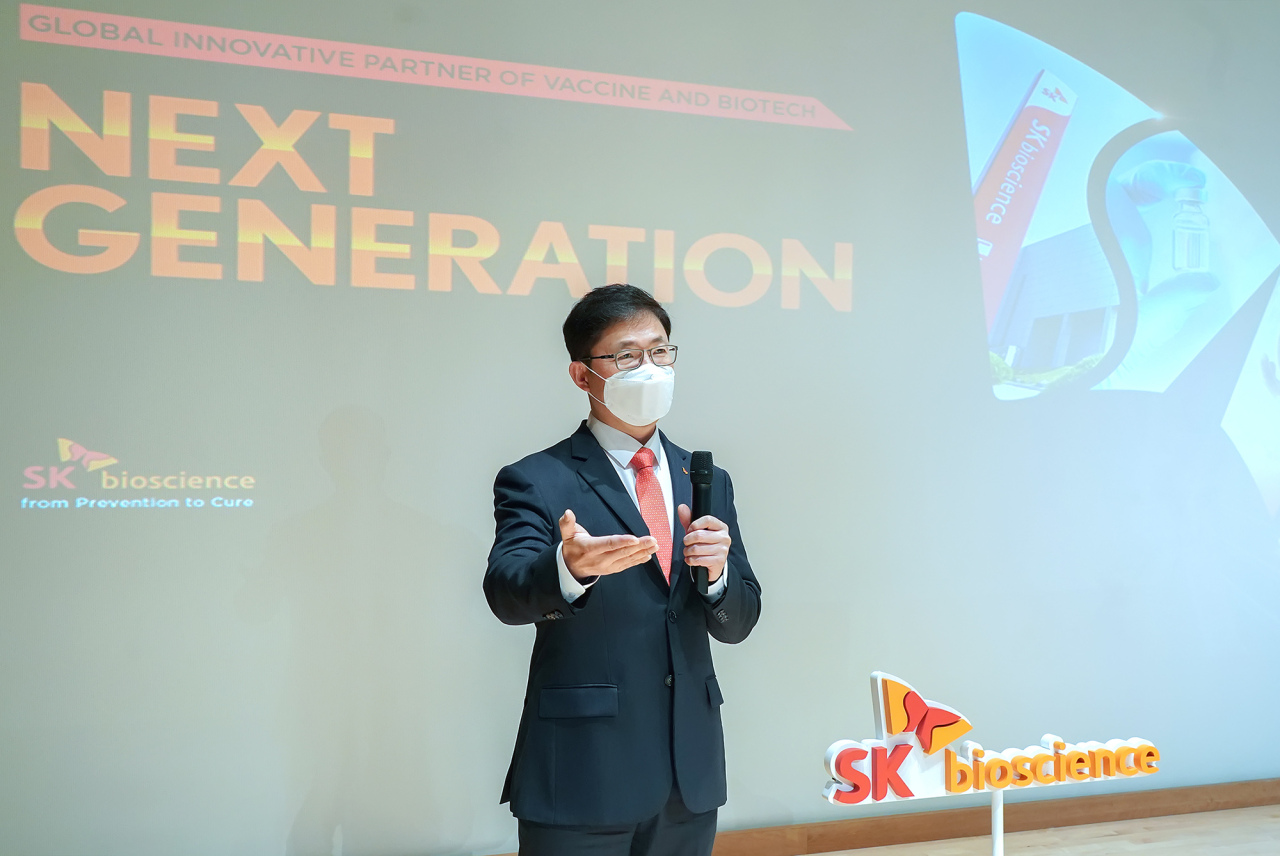 “We will secure more funding through the assets compiled with the (initial public offering), operating cash and additional acquisition financing,” he said in an online press conference to mark the company’s one-year anniversary of going public.

“We will use the funding on expanding the company through M&As and the COVID-19 vaccine portfolio while strengthening the overall vaccine business and increasing the infrastructure to achieve a new quantum jump.”

Referring to active investments as “inorganic growth,” the CEO said the company is currently in talks with multiple companies for strategic investments and setting up cooperative models of research and development. SK Bioscience will strengthen its vaccine competitiveness even further through M&As with global vaccine developers and in-licensing, he added.

Regarding SK Bioscience’s coronavirus vaccine candidate GBP510, the CEO expects it to be authorized by the Ministry of Food and Drug Safety within the first half of this year as estimated earlier. He noted that the result of the third and last phase of the clinical trials will be announced before the end of April. SK Bioscience previously inked a pre-contract deal with the Korean government for 10 million doses of the vaccine worth of 200 billion won ($165 million).

Besides developing GBP510, Ahn revealed that the company will soon showcase a nasal spray that uses protein-targeting technology.

“If you use the nasal spray in your nose, it will help you block the coronavirus infection for the next one to 10 days,” he said.

The CEO also highlighted that the company is in talks with various countries and international firms in a bid to expand its global footprint. He said SK Bioscience will later announce plans on setting up production footholds in the Middle East and Southeast Asia.