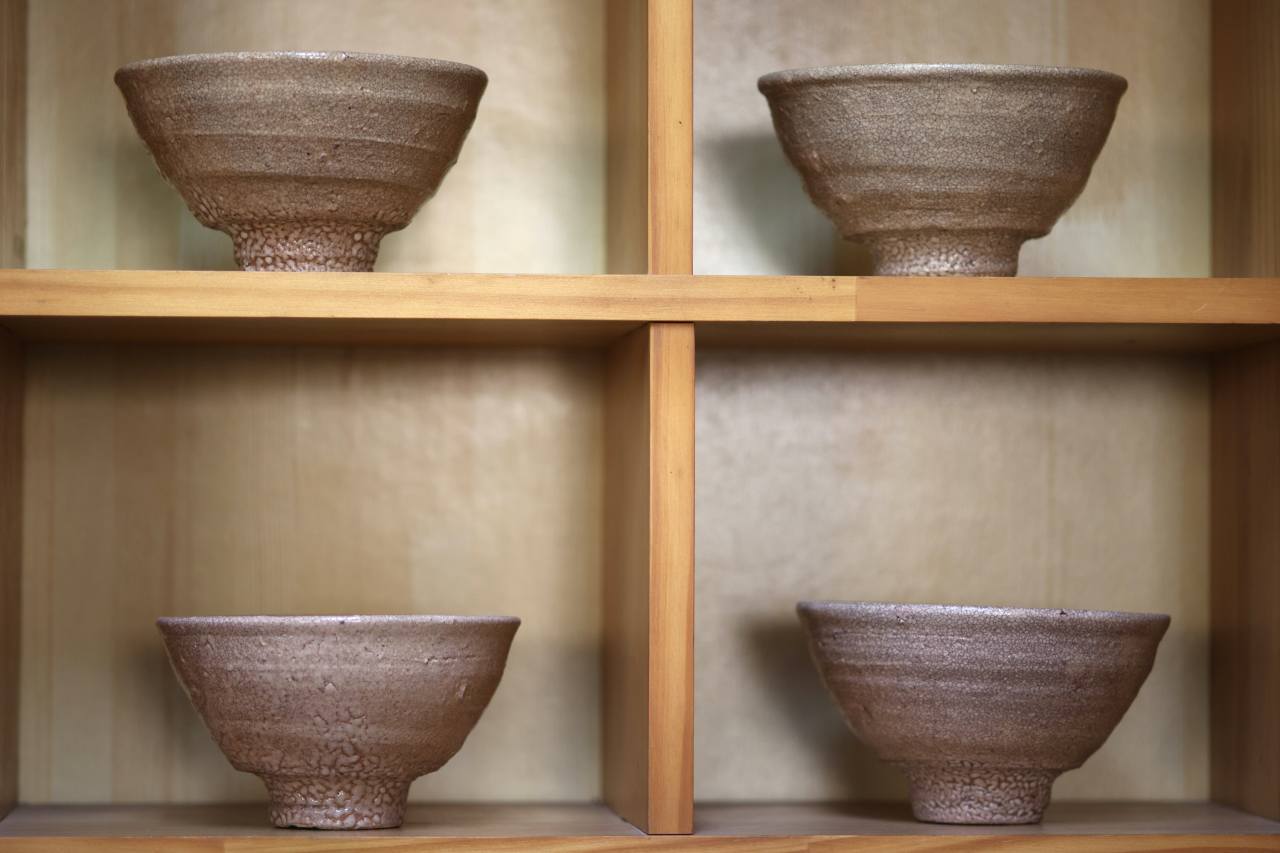 Korean master hand potter Lee Hak-Chun‘s Ido Chawan are on display in Mungyeong, North Gyeongsang Province. (Photo © Hyungwon Kang)
During the Japanese invasion of Korea from 1592 to 1598, many Korean potters and blacksmiths were forcibly taken to Japan, taking with them new pottery styles and cutting-edge technology to Japan.

Many Korean potters, who worked as lowly tradesmen back home, found Japan a better home than Joseon, as they enjoyed upward social mobility, with some even entering the samurai class, which eventually became the highest ranking social caste of the Edo period (1603-1867) in Japan.

When news of a better life for potters reached Korea, some potters voluntarily relocated to Japan, and others who had been relocated did not return to Korea when Korean envoy Yi Gyeong-jik went to Japan to negotiate for the repatriation for the kidnapped artisans. “Those with a stable life had no intention of returning to the motherland,” Yi wrote in his journal. 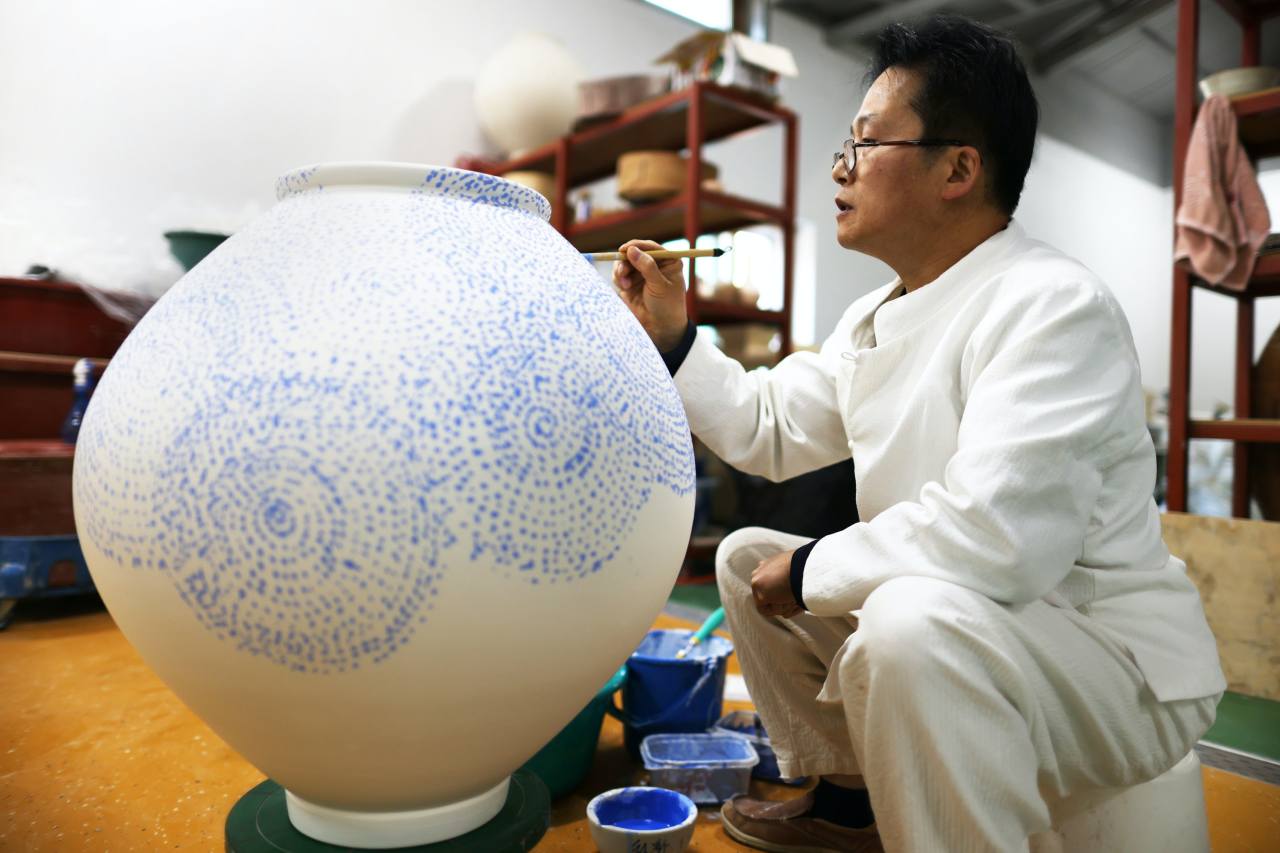 Korean master hand potter Lee Hak-Chun works on a white porcelain jar titled “The Universe” in Mungyeong. North Gyeongsang Province (Photo © Hyungwon Kang)
Europe lacked the ability to produce high-end pottery, which was mainly produced in East Asia in the 19th century. Japan perfected the marketing of Japanese ceramics in the West, ahead of the Joseon and Qing dynasties.

A Korean bowl called “sabal,” which in Japan is called “ido dawan” or Kizaemon, referring to Takeda Kizaemon, an Osaka merchant and a former owner of the bowl, is a National Treasure in Japan.

The sabal bowl was used as a dawan (tea cup) bowl used in Japan’s tea ceremony during the warring periods under Toyotomi Hideyoshi (1537 - 1598), who was regarded as the second “Great Unifier” of Japan, and one of the most powerful men in Japanese history.

It is said that Toyotomi Hideyoshi‘s tea master Sen no Rikyu choosing a simple Korean bowl for a tea ceremony of the warring politicians and samurais led to peace among the 16 men who shared a bowl of tea, taking turns sipping from the bowl as proof that the tea wasn’t poisoned. 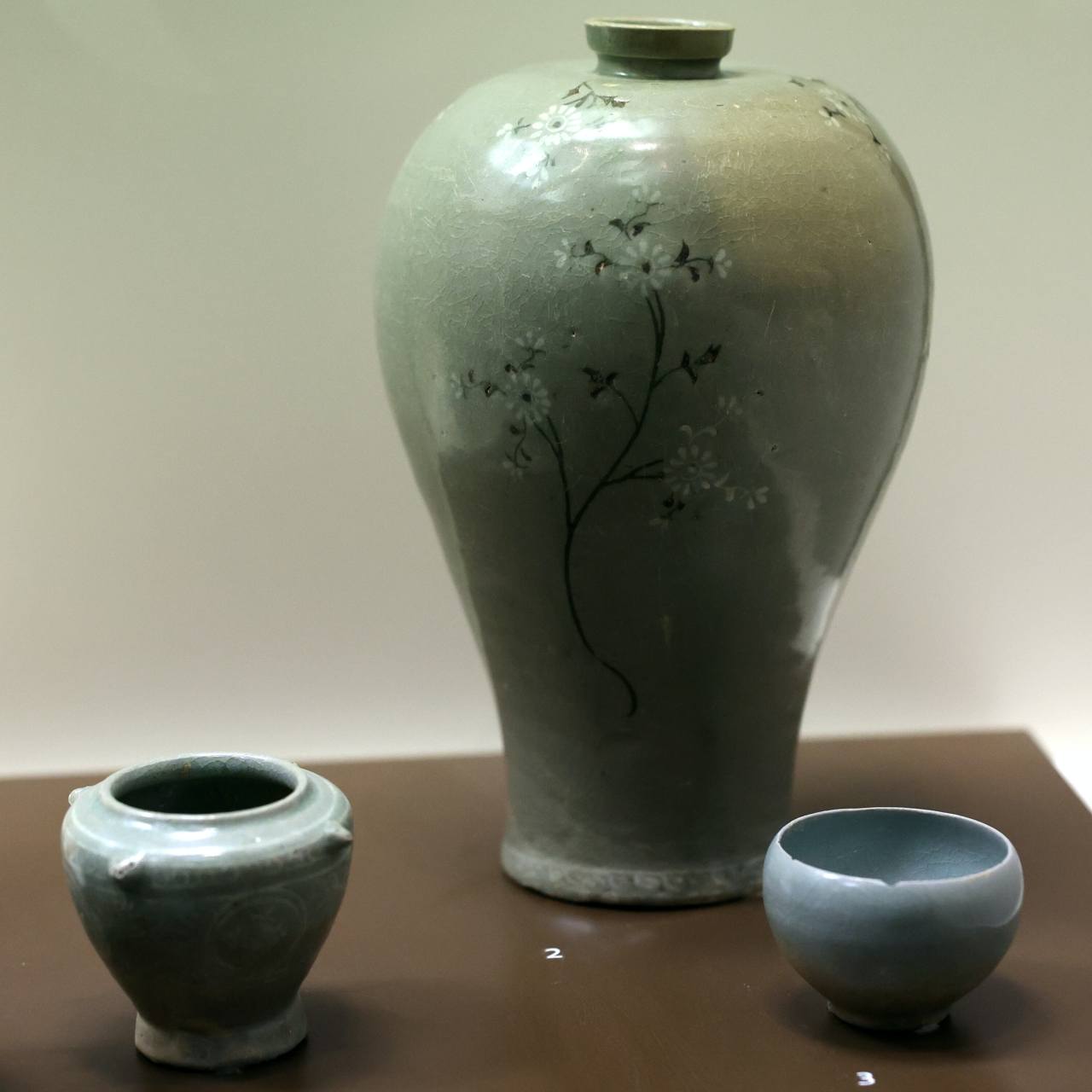 An example of Korean pottery includes this Celadon Maebyeong Plum bottle from the Goryeo period. (Photo © Hyungwon Kang)
A gift of a Korean tea bowl from Hideyoshi represented an alliance with the most powerful warlord at the time and the tea bowl became among the most prized possessions. Japan needed potters to make more tea bowls.

Incidentally, Hideyoshi ordered his tea master Rikyu to commit suicide for objecting to upcoming invasion of Korea. This has led some historians to speculate that Rikyu was actually a Korean from Joseon.

One of the most successful ceramic kilns of Japan is run by a 15th-generation descendant of a Korean potter named Shim Soo-gwan who was abducted in 1598 from his hometown of Namwon in North Jeolla Province. As a Japanese potter, having Korean origins has added brand value. The 15th-generation Chin Jukan makes pottery under his ancestor‘s name and enjoys sizable popularity in Korea for his kiln’s pottery. 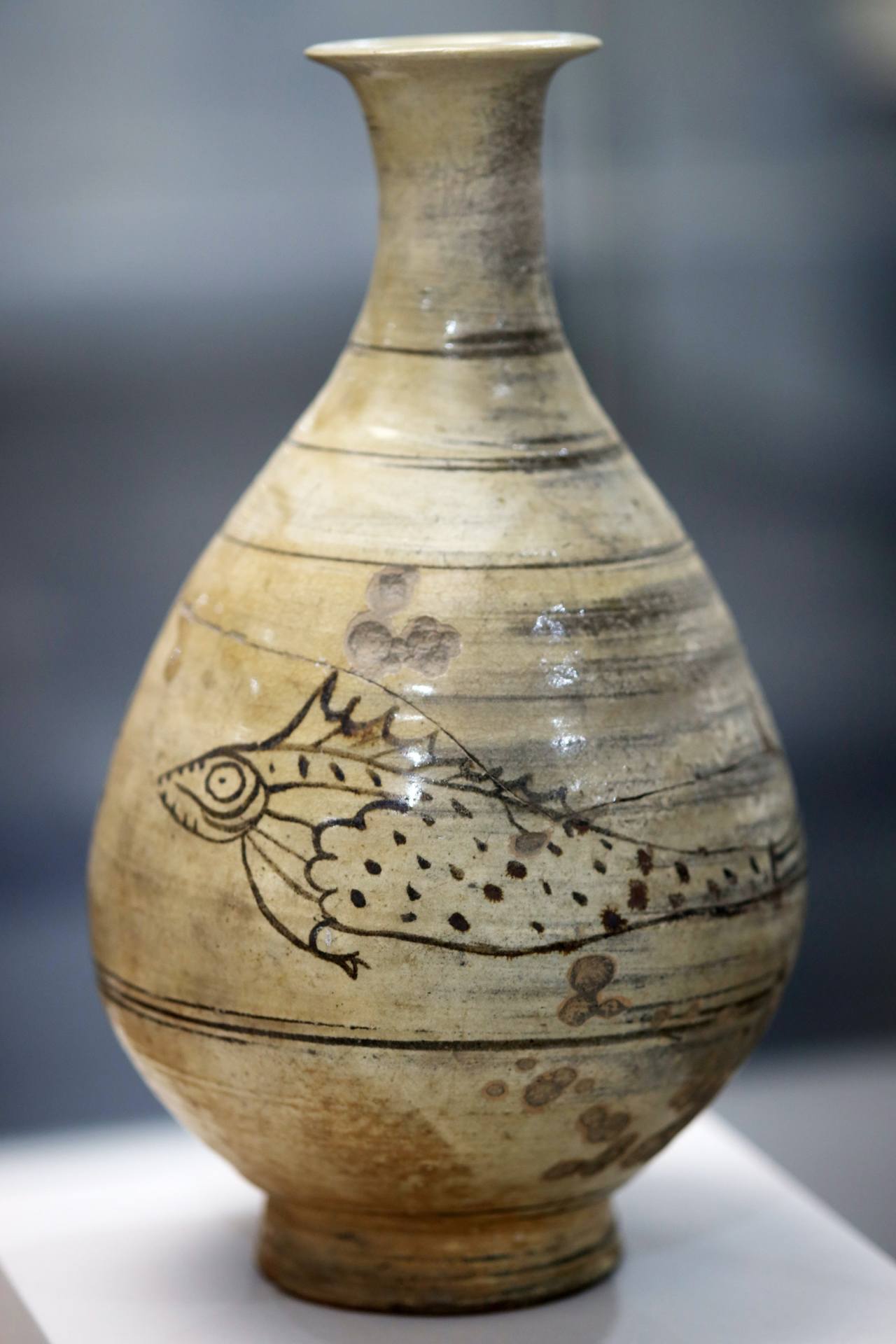 Joseon-period Buncheong ware bottle from Geumsa-ri, Buyeo is on display at the Buyeo National Museum of Korea. (Photo © Hyungwon Kang)
Korean master hand potter Lee Hak-Chun, a seventh-generation potter, is a self-taught painter who learned his craft from his father.

Lee was recognized for his gift early in his career and has won many awards. Lee is known for his near-perfect recreations of the Ido Dawan tea bowl that are famous in Japan.

The simple Korean rice bowl is a highly sought-after item among collectors. A tomb-raider, who asked not to be named, recently said that there is an ancient grave for workers who were buried with sabal not too far from Busan. “When the National Museum of Gyeongju asked me to find one, I found one for them and donated it to the museum.”