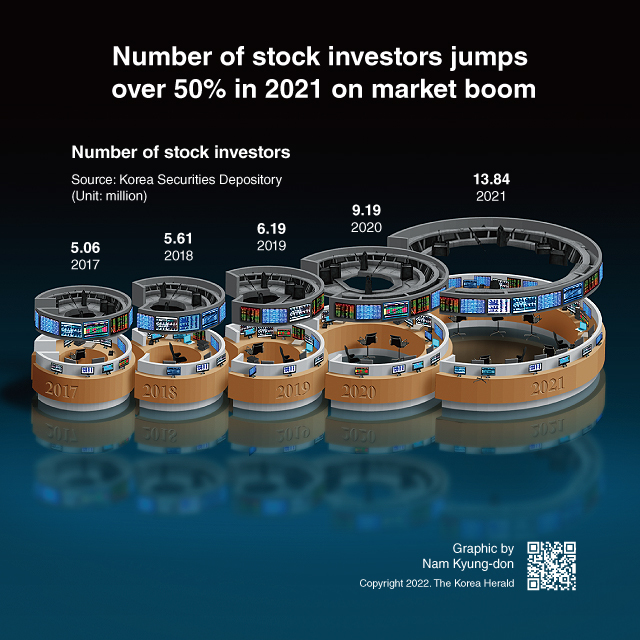 The number of stock investors in South Korea spiked more than 50 percent on-year in 2021 to breach the 10 million mark amid a retail investment boom, industry data showed.

A total of 13.84 million investors held shares in 2,426 companies listed on the country's main and secondary bourses, up 50.6 percent from a year earlier, according to the data from the Korea Securities Depository.

Those investors owned shares in an average 5.96 companies, up 13.7 percent from a year earlier, but per-capita holdings sank 28.1 percent on-year to 7,747 shares.

Retail investors in those corporations closing their books in December numbered 13.74 million, or 99.2 percent of the total. (Yonhap)