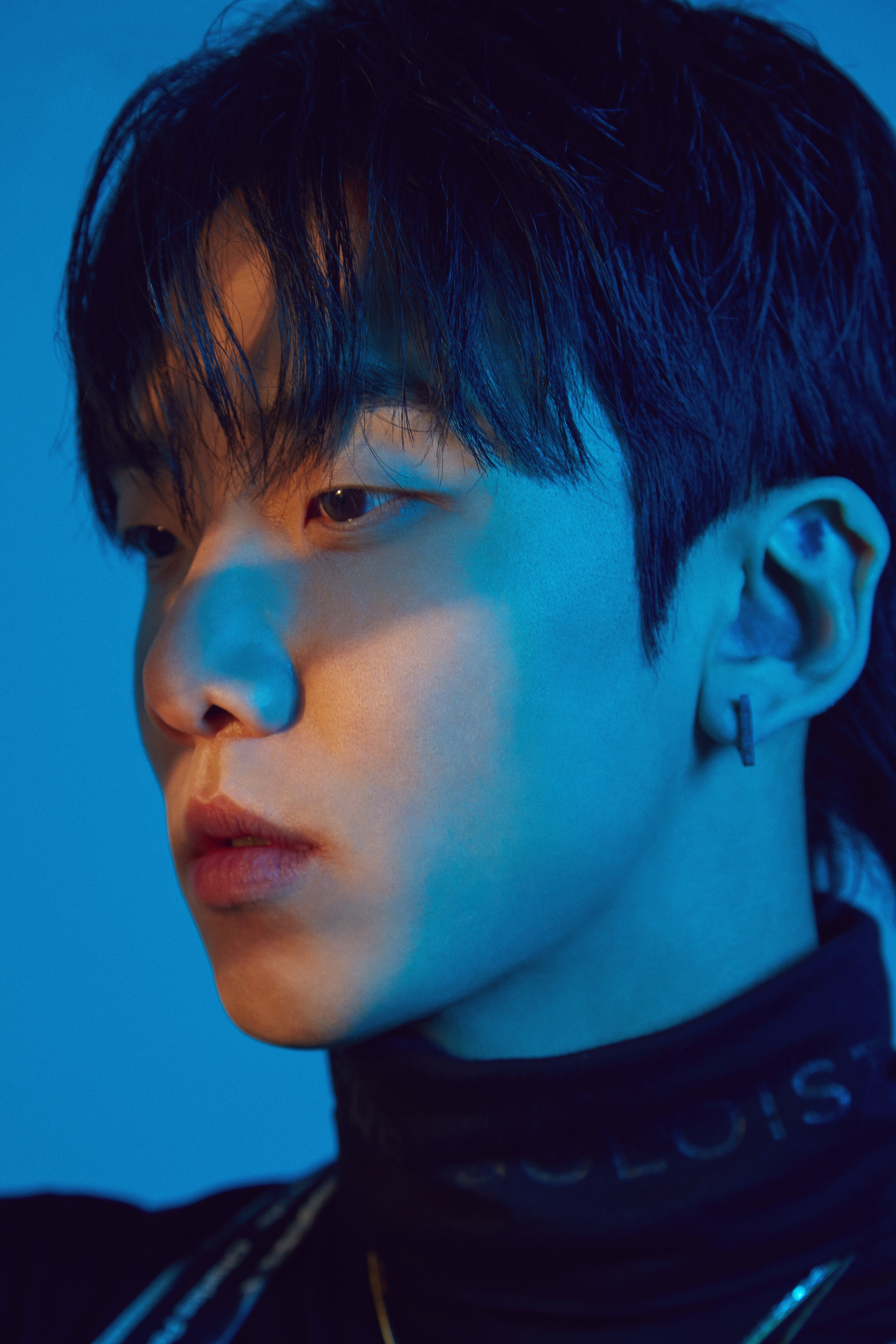 Apro (Wavy)
“Apro is different” is the signature sound that presents singer-producer Apro in his music. But surprisingly, the repeating message of his artworks, whether it be music, paintings or exhibitions, was that “we are all the same people.”

And this key message permeates his forthcoming studio album, which he is currently unveiling song by song through a monthly project called “Avenue.”

During a recent interview with The Korea Herald conducted following the release of his single “HoMe,” Apro said, “What I want to convey through this album is that, although this is entirely my story, it can be yours as well. Although I’m different, ironically, we’re all same.”

Apro, whose real name is Min Dong-wook, said his alias is short for “a producer,” a word he discovered when he had to fill in his occupation on a travel form while traveling abroad.

“It looked pretty putting the words together. Also, it sounds like (the Korean word) ‘to go forward.’ I thought this was the name.”

In producing, the 30-year-old aims to dissolve boundaries not just between him and others, but also those defining the role of a “producer.” This is especially so as the all-rounder artist creates art not just in forms of music, but in any way that comes to his mind.

“I try not to limit my work to just music, but to all kind of productions the word could encompass. It’s difficult to convey all my thoughts and emotions just with music, and I’ve always had this urge to show them visually,” he said.

It began with dancing, which he started in elementary school and continued until he turned 20. Without a clear idea of where he was headed with dancing, Apro said it was just passion that drove him.

His first time dancing to a Korean song when he was 20 years old was what had triggered Apro to turn his eyes to what lies beyond his moves.

“It felt easier and more natural expressing myself to Korean lyrics, and I thought then that I wanted to dance to my own music.”

In 2014, he set foot into the entertainment scene as a member of hip-hop duo Basterd and worked in the industry as a performing artist for a short period. He soon pivoted to making music, not just performing it, dropping his first solo single he produced himself, “Animar 1st Exhibition,” in 2016.

“The industry system was much more complicated than I had expected or could endure. I wanted to find a way through which I could do music more independently, it was then that thoughts expanded to producing for someone else,” Apro said.

Apro eventually came full circle, dancing to his own songs and says that is what completes his musical identity.

“I actually draw in my mind how the musician would move to the music on the stage when I make it, so I’m pretty much dancing to my songs from the very start,” he said, adding that he dances almost every week considering the time he spends grooving as he produces and monitors his songs. 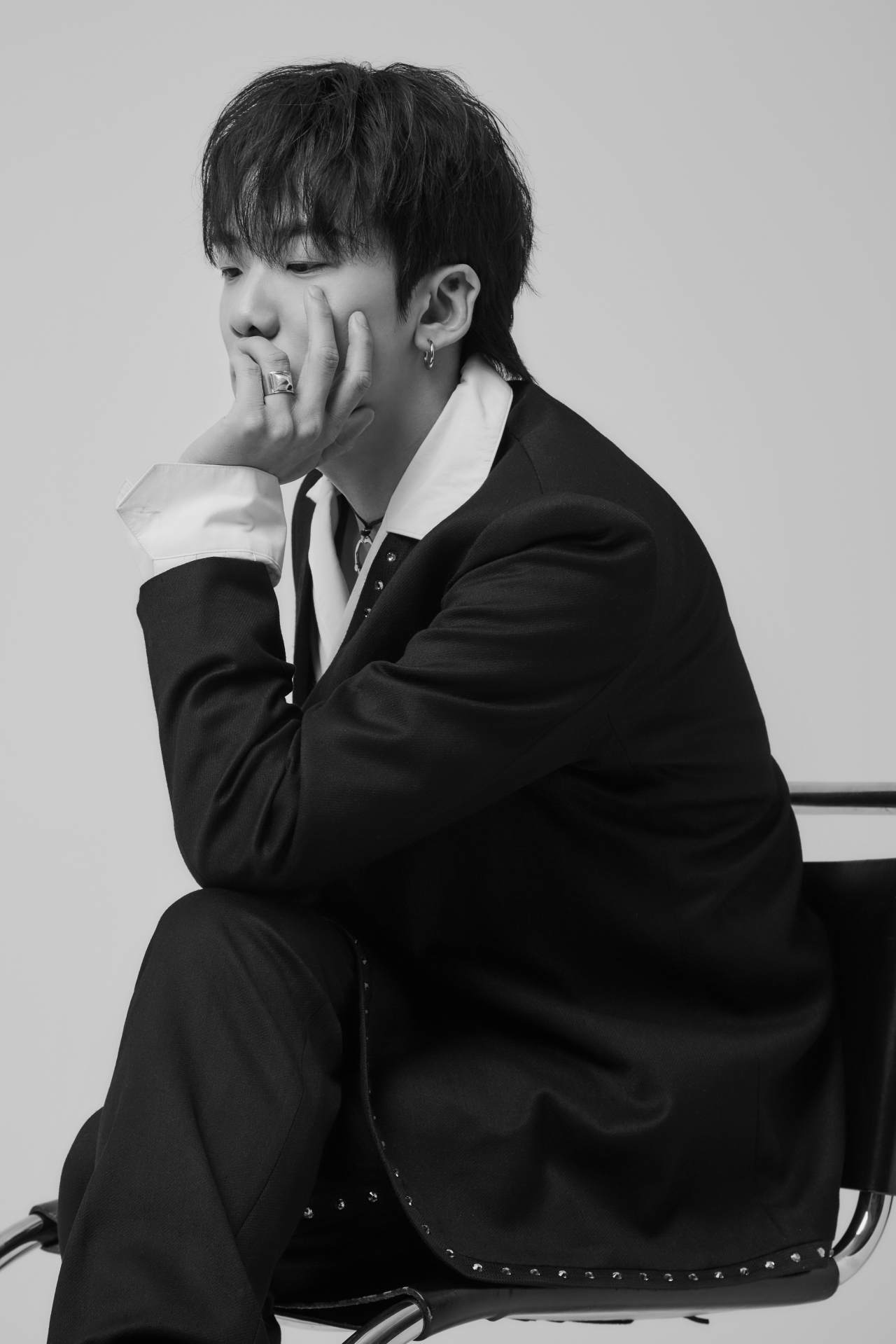 Producer Apro (Wavy)
Only five years into his career as a producer, Apro already has a long list of collaborations with the nation’s top-tier musicians, including DPR Live, Dynamic Duo and Loco to name a few.

“They say you need to get the first button right,” Apro says, referring to his very first production in 2017 with DPR Live that had launched him into prominence. Apro contributed in the composition and arrangement of the song “Right Here Right Now,” leading DPR Live’s smash-hit first EP “Coming to You Live.”

“I remember I met with DPR Live in a cafe in the Hongdae area, and I think something clicked between us that first meeting. I saw something in him. I felt he had a really clear vision set forth, and I told him I wanted to team up with him,” Apro said about DPR Live.

“It was with him that I learned about the culture. My time with him and his group of friends, who’ve now made a company of their own, helped in setting my own idea as a producer.”

Apro gradually made his name known in the years to come, joining hands with up-and-coming hip-hop artists, such as pH-1, Owen, Penomeco, Colde and Leellamarz.

In 2020, he was revealed as one of the initial artists recruited under the label Wavy that was founded that year by singer-songwriter Colde. Wavy aspires to bring in a new wave of avant-garde and unconventional sounds, and its roster includes several promising new artists of their own unique colors, such as Khakii, Honno and Ahn Byeong Woong.

“Colde, as a musician, colleague and friend, is like the perfect standard for me,” Apro said, stating he had no doubts at all when Colde first reached out to him about his plans for the new label and Apro’s place in it.

“It’s strange, but whatever Colde says, however abstract it may sound, I could see a clear future in it,” he added.


Avenue: Inspired by a true story

Apro’s deep trust in the musician-turned-entrepreneur was what made him break out of his shell and take the first step in producing his first LP.

“I didn’t start this project ‘Avenue’ thinking of making a full-length album. In fact, I was worried whether I’d be able to release any kind of albums, let alone a full-length one that many musicians consider as a huge challenge they must overcome,” Apro said.

But after listening to the collection of songs Apro was planning to release as part of a series, “Colde said, ‘This is an album,’” Apro recalled.

Under the slogan “Inspired by a true story,” Apro’s journey on writing his first studio album began.

“I released myself of all the concerns on how to make the album look good and really focused on representing myself through it, so when someone comes up and asks who I was, I could just give this physical CD as an answer,” he said.

Deviating from his usual practice of becoming fast friends with artists he is attracted to and collaborating with them, Apro said took a different approach for this “autobiographical“ album.

“I wanted to work with artists who knew me well, so naturally I came to select my close friends,” he said.

Starting with “Fragile,” featuring artists Youra and pH-1, in April 2021, Apro has unveiled six pre-release songs from the forthcoming LP until now, all revealing a side of Apro the musician wanted to share through his sounds.

Just as with his other songs, he did not pen the lyrics for the six scores -- they were written by the feature artists.

“I don’t write the lyrics myself, so I tried my best to express through the sounds why it was given such title, making full use of the ambience to portray the theme,” the songwriter said.

For instance, he produced the song “HoMe,” thinking of the doleful, emotional voice of O3ohn (read as “ozone”), that would heal a worn-out soul heading home after work.

“I made it as a song that I would listen to on my way home, in the cab, after a long day. So the sound is more simple compared to the other tracks,” he said. 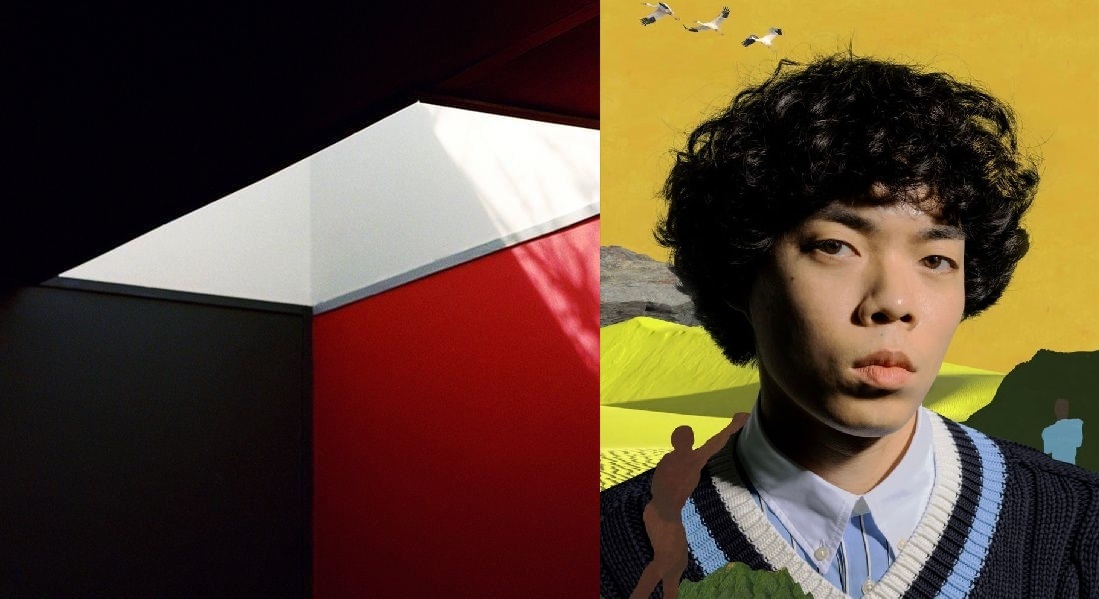 The song “HoMe” carries the message he wants to convey to listeners through “Avenue”: “Although this is entirely my story, it can be yours as well.”

“‘Home’ seemed like the objet through which we all become just the same people. Although while we are all at different stages in our lives, the fact that we come from home and return to it after work is the same.”

And it’s been quite a while that the artist has not been able to use his signature sound -- “Apro is different.”

“Although I may go back to using it later, while I’m working on this album, I feel that I’m no different.”

This message will continue into the title track of the upcoming album, Apro hinted.

Asked about which artist he wishes to collaborate with the most in the future, he picked actor Yoo Ah-in, who is also the director of the creative group Studio Concrete which Apro is affiliated with.

“I’m thinking about him acting in the music video of my lead single for this LP,” he said.

“Although we all have different jobs, we’re all the same people. And the song is about the freedom and the unfettered thoughts and actions possible because of such fact. And I believe Yoo is the only actor who could express such an idea,” Apro said, adding, “Although it’s only a wish for now, if it happens, I’d say it will become one of my most treasured collaborations.”

Apro is the only musician member of Studio Concrete, the brand led by Yoo, which encompasses all creative fields and encourages a group of young artists in their pursuit of “aesthetic activity.” The members often collaborate to hold exhibitions at the brand’s gallery located in Seoul.

An all-rounder artist, striving limitlessly to express himself through visual and audible means, Apro hopes he can help redefine his job to better reflect such reality.

“I want to set the foundation upon which producers would be unbound to certain genres,” Apro said.

“Just as the title ‘creative director’ includes the vast spectrum of roles conducted by the people, my biggest goal is to make people understand a ‘producer’ is not a TV show judge, or people who make music for singers, but simply someone who creates and produces something.”