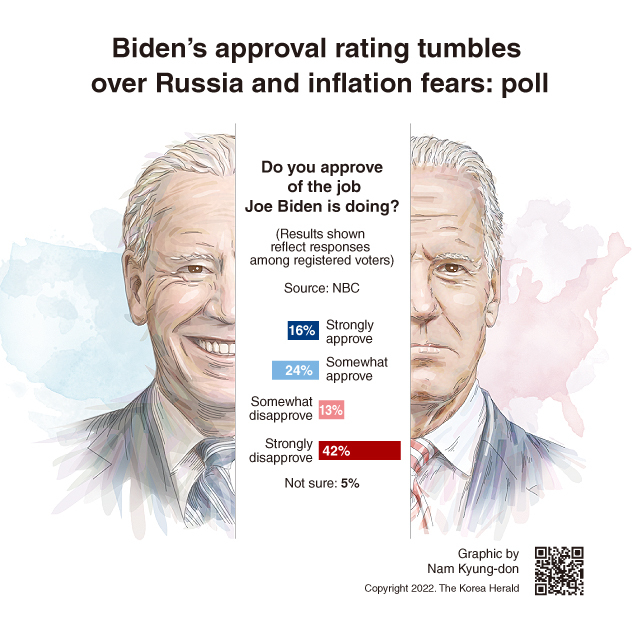 US President Joe Biden’s approval rating has fallen to the lowest levels of his presidency over concern for his handling of the Russian invasion of Ukraine and rising inflation, an NBC poll found.

The number of those who said that they disapprove of Biden’s job performance was 55 percent, a figure that has been relatively unchanged since October.