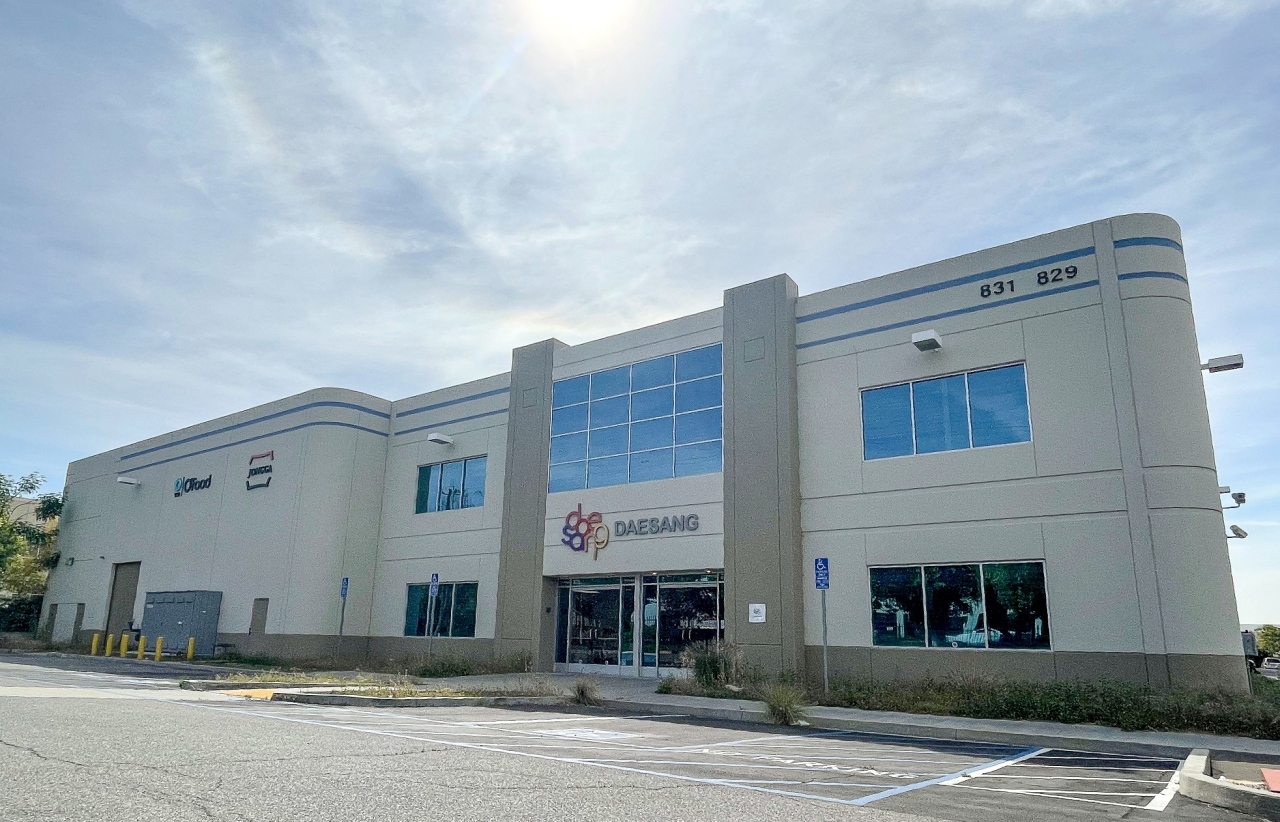 Daesang’s US factory located in the City of Industry, LA (Daesang)
South Korean food giant Daesang Group has completed construction of the first kimchi factory in the US, setting up an overseas base not only to penetrate the local market but also to expand exports to Europe and Oceania.

Located in the City of Industry in LA, home to industrial facilities from overseas with business links to Asian countries, the factory can produce 2,000 metric tons of kimchi annually. The company has invested 20 billion won ($16.4 million) for building production lines and warehouses. By 2025, it plans to scale up food sales in the US as much as 100 billion won.

In the US market, Daesang plans to present kimchi in 10 different styles that are tailored for local consumers. The list includes vegan kimchi, beet and pickle kimchi and white kimchi. White kimchi is less spicy and doesn’t use red pepper flakes.

Vegan kimchi excludes oyster and other seafood in the fermenting process, the official said.

The company will source local ingredients from US farmers and producers including cabbage, radish and green onion to produce fresh kimchi there.

The name of Daesang’s kimchi brand, Jonggajip Kimchi, will be simply called as Jongga to avoid confusion.

“The demand for kimchi has spiked in the US with the Korean wave spreading to Korean cuisine,” the official said, noting that Virginia and New York state have recently designated Kimchi Day to celebrate the popular Korean side dish.

Daesang aims to expand kimchi sales in major US supermarkets such as Walmart and Costco.

“In the past, over 90 percent of kimchi was consumed by Korean residents or Asians in the US, but it is now becoming a global food,” the official said.

Daesang’s US exports of kimchi surged on-year by 37.8 percent to $16.2 million in 2021. The company’s overall kimchi exports logged $67 million, up 131 percent in the cited period. Daesang’s overseas kimchi shipment accounts for over 40 percent of entire exports by Korean foodmakers.

Also, Daesang will produce six kinds of red chili paste, called “gochujang” in Korean, in the LA factory. To tone down the spiciness, it will be in a watery hot sauce form, the company said.

Since 1973, Daesang has been operating nine global production sites – food, bio and sugar factories -- including Indonesia, Vietnam, China and the Philippines. The LA factory is Daesang’s 10th production facility outside the Asia region.