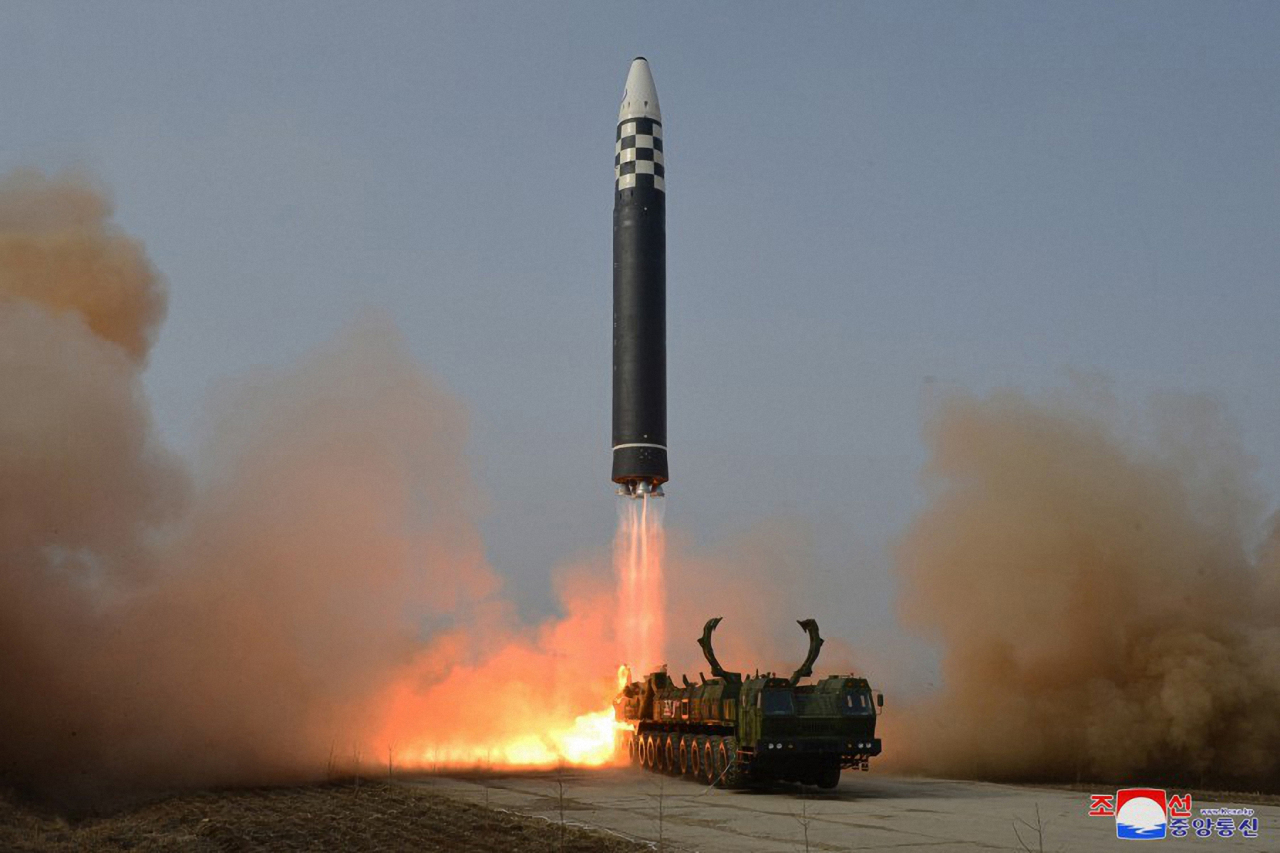 Canberra also condemned the launch as a serious escalation of the North’s “destabilizing behavior” that poses an “unacceptable risk to our region.”

The Pyongyang-based Korean Ungum Corp. and two Russian firms, Russian Financial Society and Commercial Bank Agrosoyuz have been added to Australia’s latest list of entities under financial sanctions, which restrict the use of their assets, for helping the regime evade sanctions, according to a statement from Foreign Minister Marise Payne dated Friday.

“North Korea’s ICBM testing is in flagrant violation of Security Council resolutions and significantly threatens global peace and security, stability, and the rules-based order in the Indo-Pacific,” it said. “Australia will continue to hold North Korea to account, and those who seek to help it evade sanctions.”

The sanctions were in response to the North’s test-firing of ICBM last Thursday, in defiance of multiple UN Security Council resolutions. The testing was the first full ICBM test by the regime since 2017 and marked the end to the country’s self-imposed, four-year moratorium on ICBM and nuclear tests. It was Pyongyang’s 12th round of weapons launches this year, which also included a hypersonic missile and an intermediate-range ballistic missile.

She also called the North to cease all provocations and take concrete steps toward complete, verifiable and irreversible denuclearization, and engage in “meaningful talks” with the US and South Korea, noting dialogue is the only way for permanent peace and stability on the peninsula.

Since 2006, Australia has imposed unilateral sanctions related to the North’s weapons program, which complement the UNSC sanctions. Earlier this month, Canberra slapped sanctions on a North Korean firm linked with the country’s development of weapons of mass destruction, as well as Chinese and Russian companies helping Pyongyang evade international sanctions, following the regime’s test of ballistic missile on Feb. 27.

The US has also announced sanctions last week on several entities and individuals in Russia, China and North Korea for their involvement in advancing the regime’s missile program.