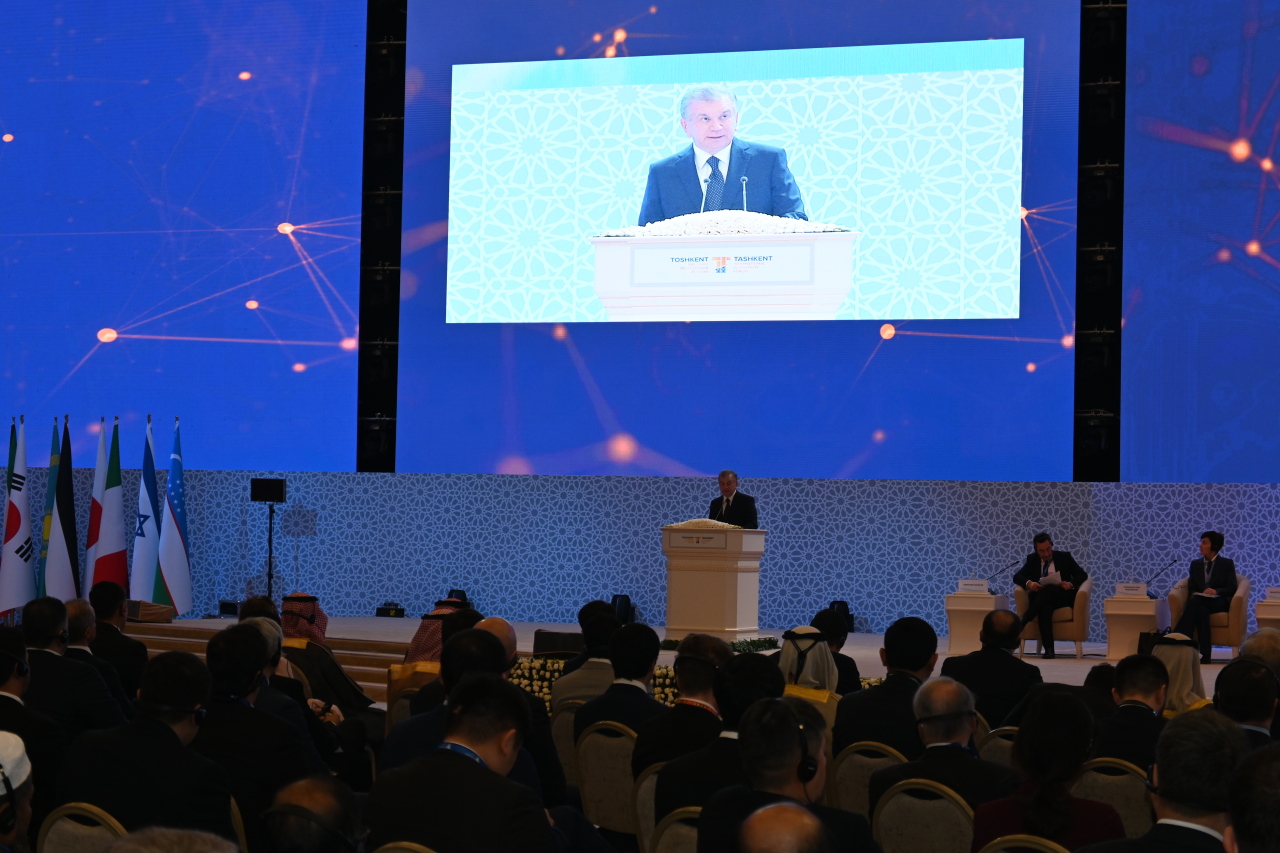 Addressing the plenary session of the forum, Uzbek President Shavkat Mirziyoev outlined important measures to attract investment and practical proposals open up the country’s business environment as of this year.

“We aim to make Uzbekistan one of the world’s middle-income countries by 2030, said President Mirziyoev.

The president emphasized that Uzbekistan created favorable conditions for entrepreneurship, eliminating obstacles that previously prevented investors from entering the Uzbek market and operating freely. He also noted that these favorable conditions have led the annual volume of foreign investment in the Uzbek economy to increase three and a half times, reaching a total of $25 billion over the past five years. 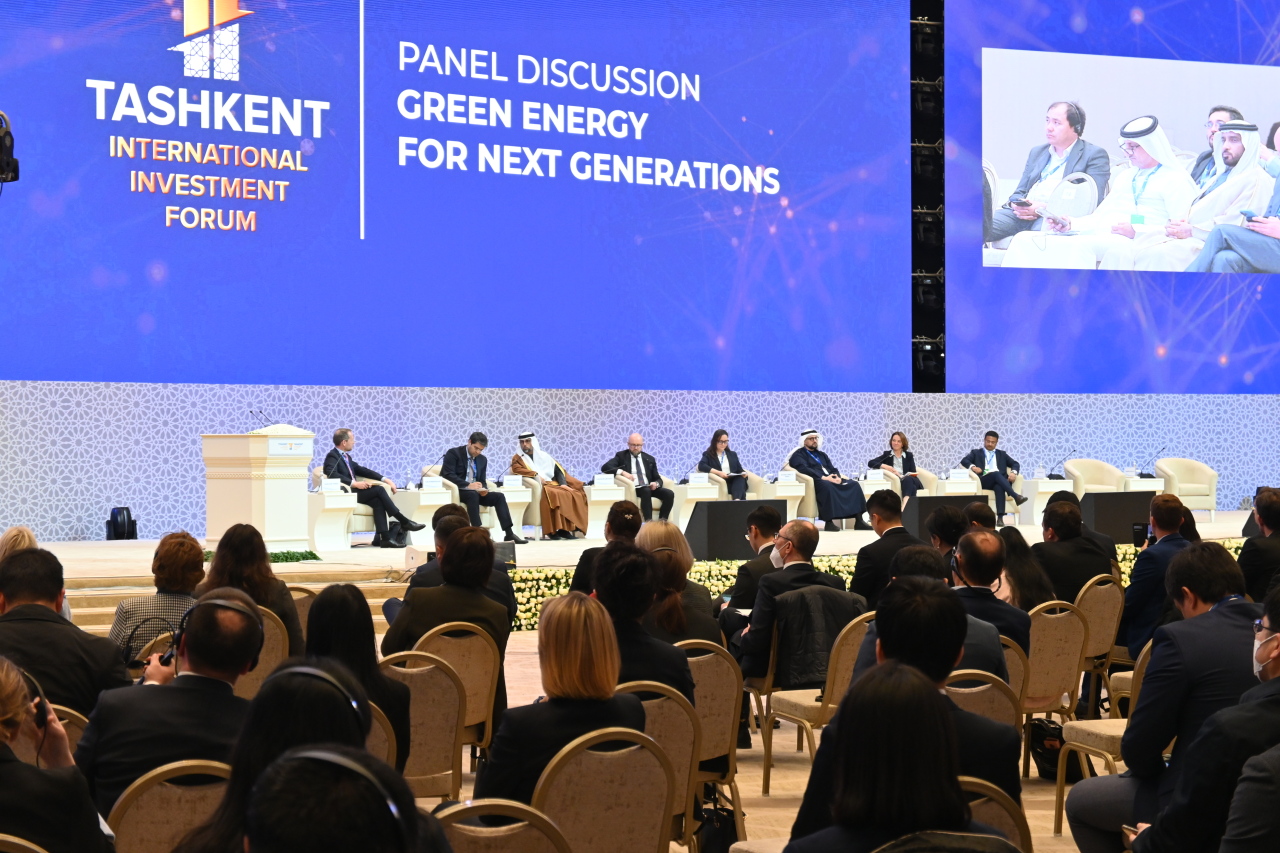 Attendees discuss investment agendas at the Tashkent Investment Forum held at Tashkent City Congress Hall in Tashkent on Thursday. (Sanjay Kumar/ The Korea Herald)
He said that 59,000 investment projects contributed to the creation of more than 2.5 million new jobs, raising the level of processing in textile, leather, footwear, pharmaceutical, electrical, chemical, petrochemical, construction materials, food and many other industries. These industries have attained a qualitatively new level of processing and increased annual exports to almost $20 billion, he said.

Uzbekistan made eradicating poverty one of the main goals of government policy. A separate strategy was adopted and a ministry of poverty reduction was established, which lifted more than half a million families out of the category of “needy” in Uzbekistan, according to Mirziyoev.

Adopting a strategy of action and implementing large-scale democratic reforms within the government’s framework five years ago have proven to be significant. The strategy and reforms covered all spheres of the Uzbek state and society, including areas such as rule of law, developing competition, and resolutely combating corruption.

Mirziyoev committed to conducting regular meetings of the Council of Foreign Investors under his observation and practice direct communication with investors and entrepreneurs of all sectors and regions using crowd-sharing platforms and digital solutions.

“In general, as a result of our reforms, we plan to increase our gross domestic product to $100 billion and our annual exports to $30 billion over the next five years,” the Uzbek President said, highlighting the aim for the private sector’s share of GDP reaching 80 percent.

“We aim to make Uzbekistan one of the world’s middle-income countries by 2030,” he stressed. 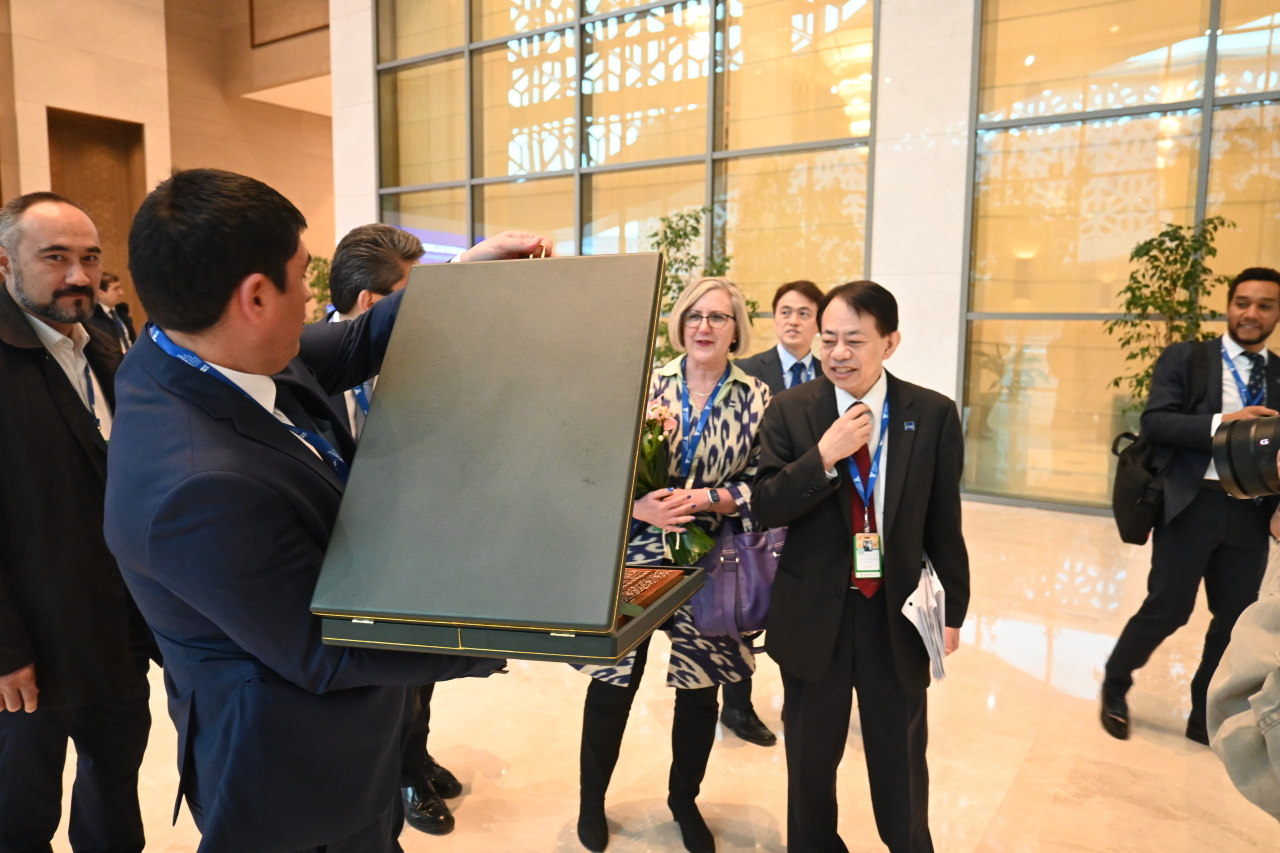 In a context where unique opportunities for business, entrepreneurship and international economic relations are opening up, Mirziyoev invited the world “to establish a practical cooperation with the new Uzbekistan, a place of ancient civilization and culture, which today is boldly on the path of renewal and reform.”

Mirziyoev also recalled the legacy of Uzbekistan as a destination for traders, businessmen and entrepreneurs of the world due to its central location on the Silk Road. It was a meeting point of caravan routes from Asia, Europe and Africa.

According to Mirziyoev, samples of civilization and culture formed in countries such as China, India, Iran, Byzantium and Egypt. These met in the territory of ancient Movarounnahr, modern Uzbekistan, and enriched each other. This region had long served as one of the world’s most developed centers of trade, economy, science, culture, and art, since 3,000 years of statehood.