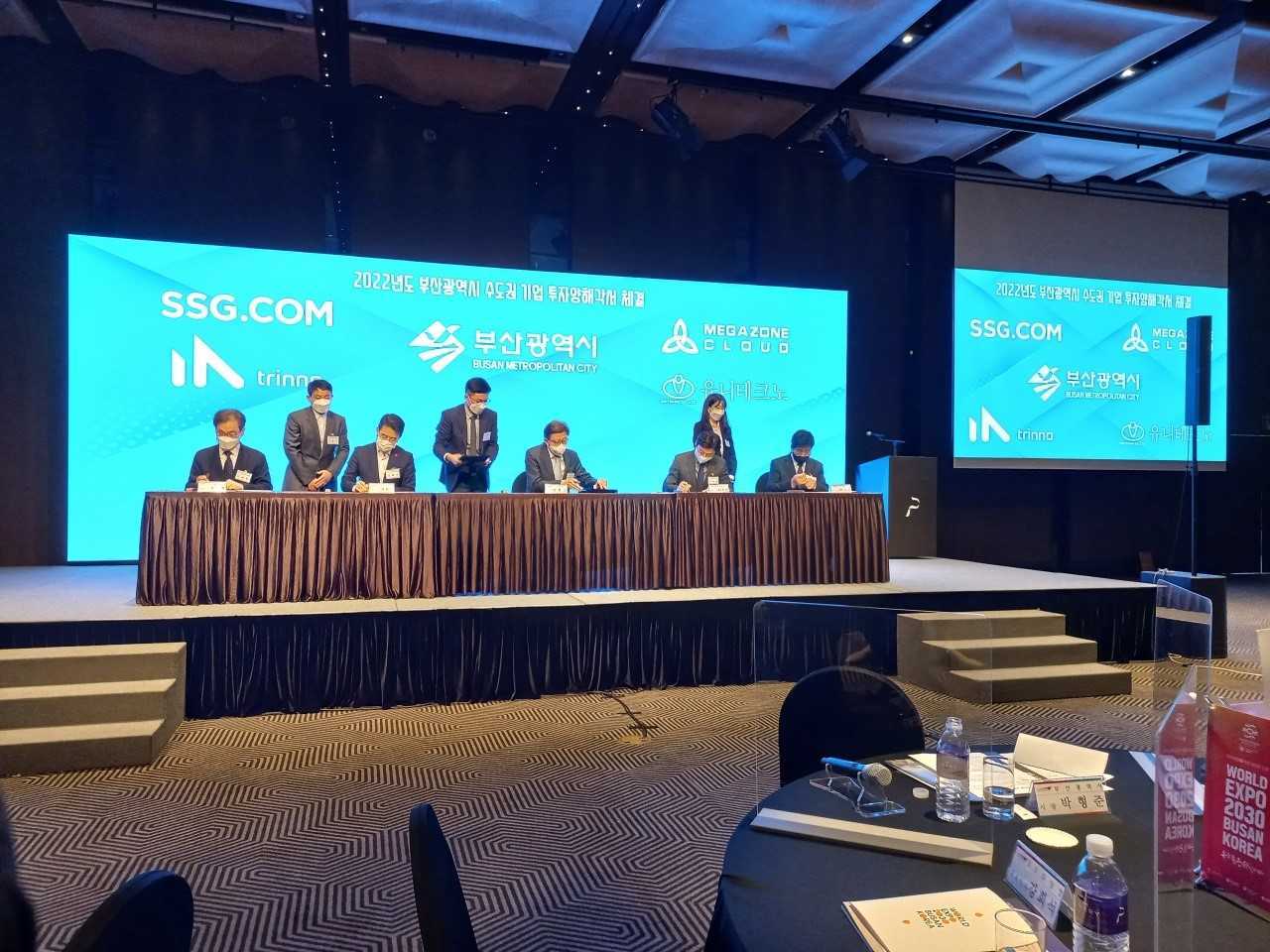 Busan Mayor Park Heong-joon (center) concludes a memorandum of understanding with four companies for investments in the southeastern port city at a hotel in Seoul on Monday. (Busan Metropolitan Government)

Busan Metropolitan Government has signed memorandums of understanding with businesses on investments worth 360 billion won ($293 million), the city said Monday.

According to the local government, the city hosted a conference in central Seoul to promote business opportunities in the southern port city to corporations located in Greater Seoul.

The city said it garnered investments worth 360 billion won through the agreements with the prospects of hiring 1,500 new employees in the area.

“We will strive to make Busan rise as an ‘economic city,’ where small and medium-sized enterprises and colleges can grow together, attracting global and future-oriented businesses.”