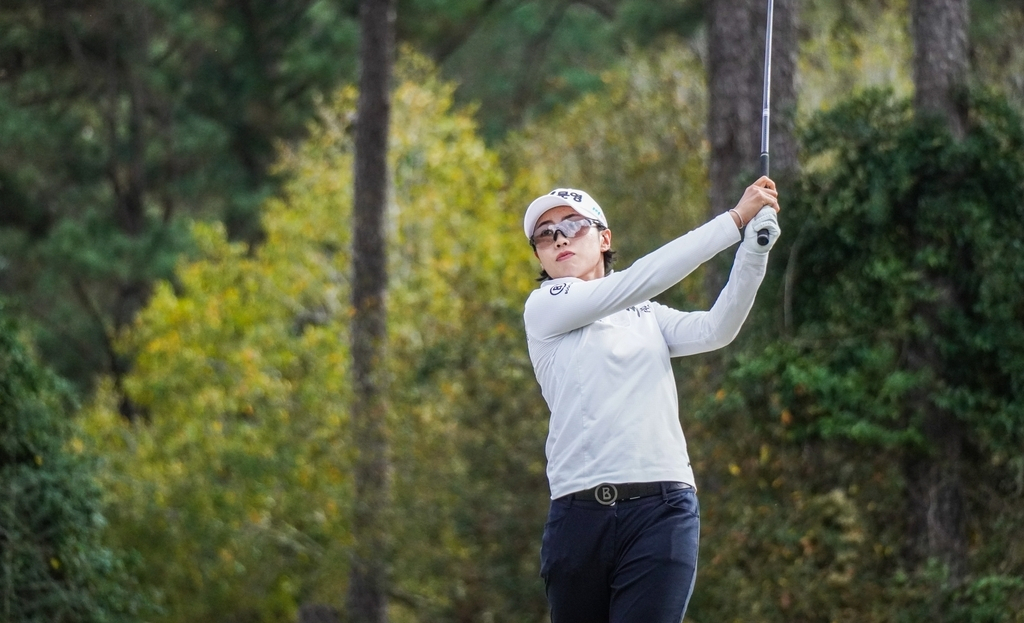 An Narin of South Korea watches her shot during the seventh round of the LPGA Q-Series at Highland Oaks Golf Club in Dothan, Alabama, on Dec. 11, 2021, in this photo provided by LPGA. ( LPGA)

South Korean rookie An Narin will have to wait for at least another tournament for her maiden LPGA title, after just missing the playoff in her third start of the season.

An finished the JTBC Classic in third place at 15-under 273 at Aviara Golf Club in Carlsbad, California, on Sunday (local time). She ended up one shot out of the playoff between Nanna Koerstz Madsen of Denmark and Atthaya Thitikul of Thailand.

An, a former Korean tour player, won the LPGA qualifying tournament in December to earn her card for the U.S. competition. The 26-year-old had tied for 34th at the Gainbridge LPGA at Boca Rio in January and then 37th at the LPGA Drive On Championship in February, breaking 70 just once in the process.

At the JTBC Classic, though, An scored in the 60s in all four rounds, including a closing 68 on Sunday that featured five birdies against one bogey.

That one bogey proved to be the difference, though, coming as it did at the par-five 17th, where An three-putted for her only blemish of the final round.

An started the final round alone in second place, three shots behind Madsen at 11-under.

An made three birdies on the front nine to move to 14-under but remained two strokes back of Madsen for the lead at the turn.

An then birdied the par-four 10th to close the gap to one.

Playing in four groups ahead, Thitikul made some noise on the back nine, reeling off five birdies to enter the clubhouse tied with Madsen for the lead at 16-under.

An caught the two players with an easy birdie at the short par-four 16th, and Madsen missed a short birdie attempt on the same green to settle for par and create a three-way tie for first place.

With Thitikul watching, Madsen pulled her tee shot left of the cart path at the par-five 17th but managed to get within birdie range after getting a lucky bounce with her third shot. Madsen drained that putt to reclaim her lead at 17-under.

An, hitting from a more advantageous position, put her third shot well past the hole. Her part attempt lipped out, and the fatal bogey and the two-shot swing dealt a serious blow to the South Korea's title hope.

From just off the 18th green, An's birdie putt that would have sent her into the playoff fell just short of the cup. (Yonhap)