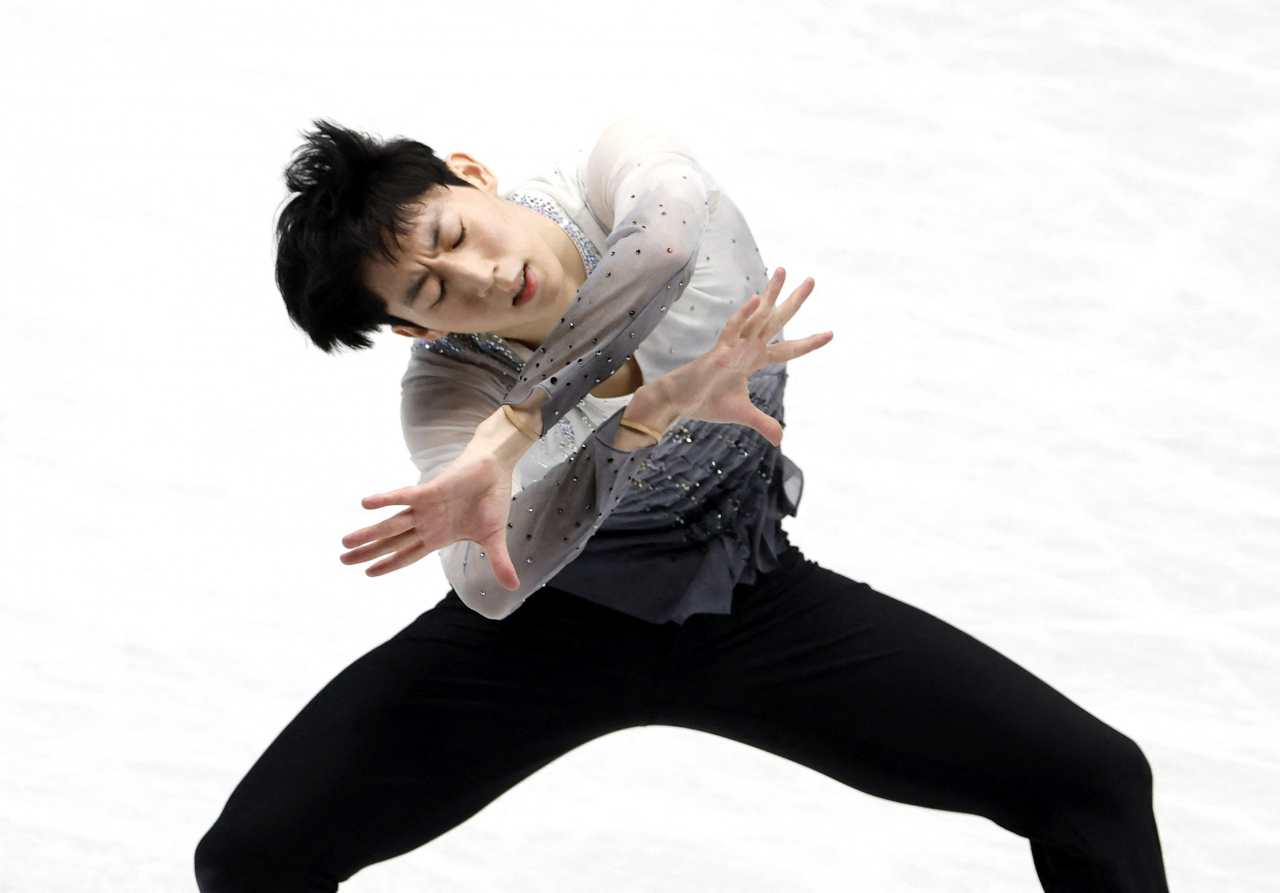 South Korean Lee Si-hyeong finished well out of contention at the figure skating world championships in France, while his countryman Cha Jun-hwan withdrew because of problems with his boots.

Cha, who had been in 17th place after the short program, pulled out because of his boots. He ended up last among 24 skaters who had qualified for the free skate.

The two skaters' combined ranking positions reached over 28, meaning South Korea will only have one quota place in the men's singles at next year's world championships.

Lee fell while trying to land his first three jump elements at Sud de France Arena, and never made up for those early miscues.

Shoma Uno of Japan ran away with the gold medal with 312.48 points, followed by another Japanese, Yuma Kagiyama, at 297.60 points. Vincent Zhou of the United States won the bronze at 277.38 points.

Cha had been expected to contend for a medal in France, after finishing a career-high fifth at the Beijing Winter Olympics just last month. It was the best Olympic figure skating performance ever by a South Korean man. Also helping Cha's prospects in France were the absences of the reigning Olympic gold medalist Nathan Chen and the two-time Olympic champion Yuzuru Hanyu. Both skaters withdrew because of injuries and left the competition wide open, though Cha, who finished 10th at last year's worlds, couldn't take advantage of it.

The men's disappointing showing was in stark contrast to the strong performances in the women's singles by You Young and Lee Hae-in. Yoo and Lee finished in fifth and seventh overall, respectively, giving South Korea two inside the top 10 at the figure skating worlds for the first time. South Korea will be able to send three skaters to the women's competition at next year's worlds. (Yonhap)