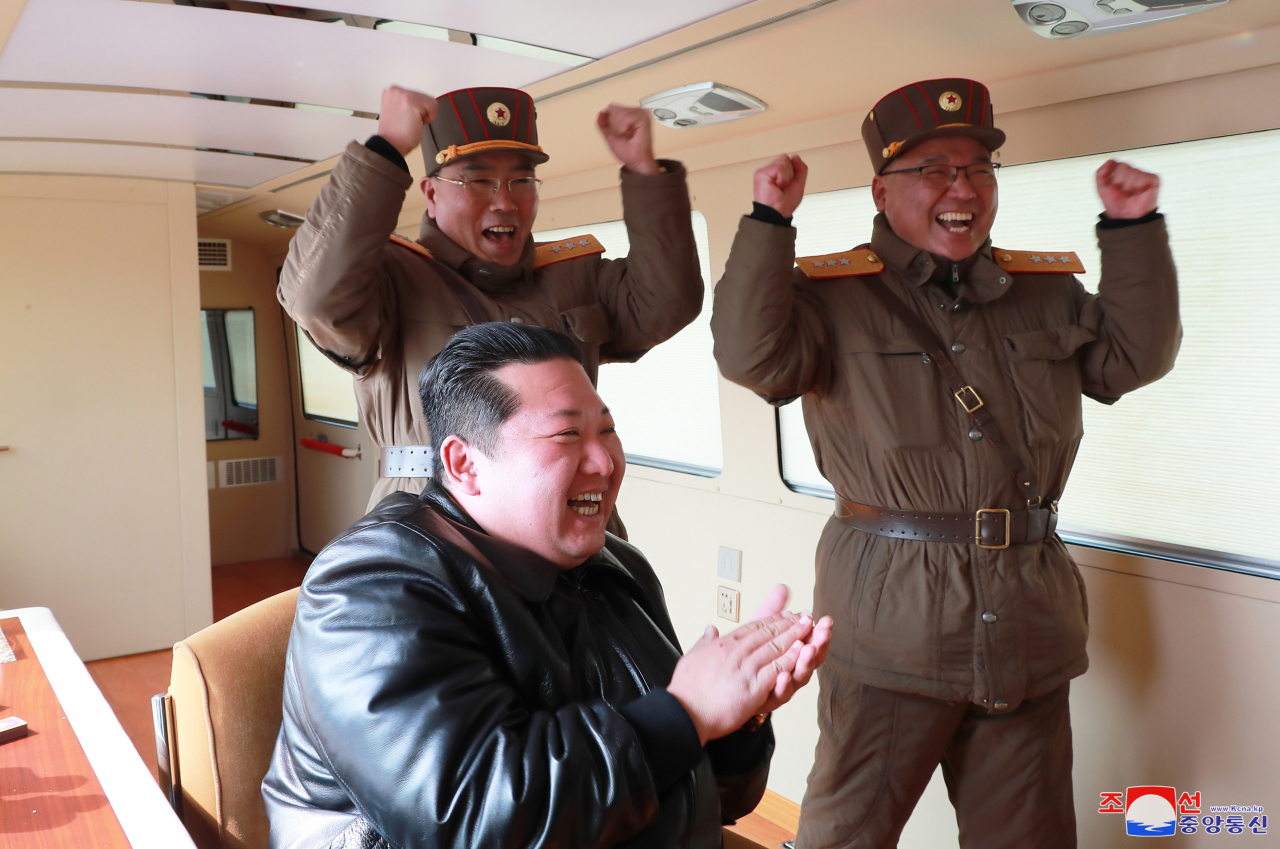 Foreign Minister Chung Eui-yong talked over the phone with his Japanese counterpart, Yoshimasa Hayashi, after the North confirmed it successfully test-fired a new ICBM on Thursday under the direct order of its leader Kim Jong-un.

The officials pointed out the North's latest missile test is a clear violation of UN Security Council resolutions and a move to scrap its self-imposed moratorium on the ICBM testing that had been in place since late 2017, according to the ministry.

They agreed the ICBM launch poses a "grave threat" to regional and global security that needs to be dealt with using "firm responses" and vowed close cooperation with the United States for additional measures by the UN Security Council, the ministry said.