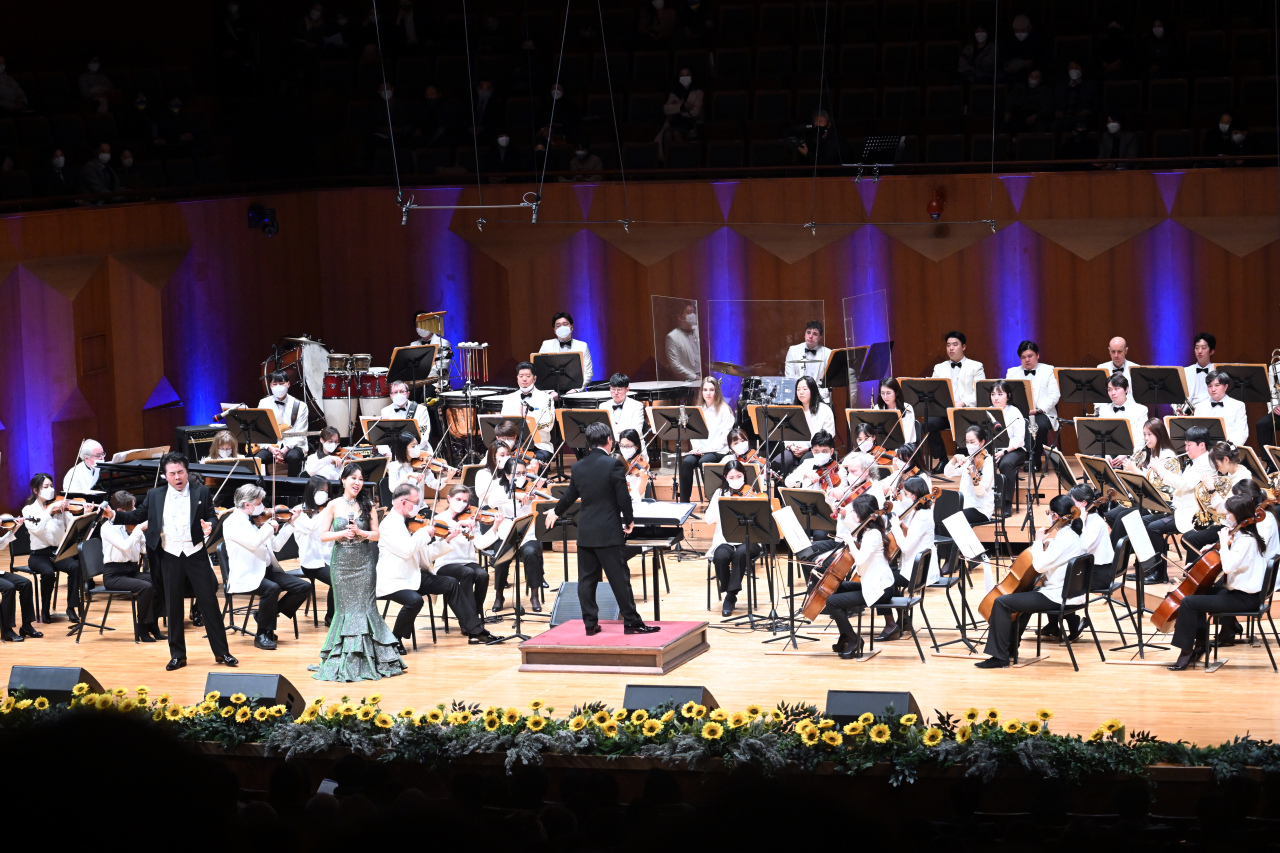 The “2022 Special Concert for World Peace,” co-hosted by The Korea Herald and the Seoul Arts Center, delivered a message of peace and harmony led by the Seoul Pops Orchestra’s director and conductor Ha Sung-ho.

“I am touched and amazed by how many people in Korea are sending their love and support to this special concert,” Ukraine’s Ambassador to Seoul Dmytro Ponomarenko told The Korea Herald on Wednesday night. “Though South Korea is far away from Ukraine, I can feel that the people believe the situation is closely related to them as well. I am grateful for that.”

EU charge d’affaires John Bogaerts and his spouse Maria Wozniak, who were among some 1,500 people in attendance, said that the special concert is significant for raising awareness about the ongoing situation in Ukraine and to emphasize world peace and harmony.

Yoo In-taek, head of the Seoul Arts Center said, “I believe music can overcome weapons, wires and barriers. Hence, this concert has a lot of meaning. I hope music can make time for peace and harmony, defeating conflict and hatred.” 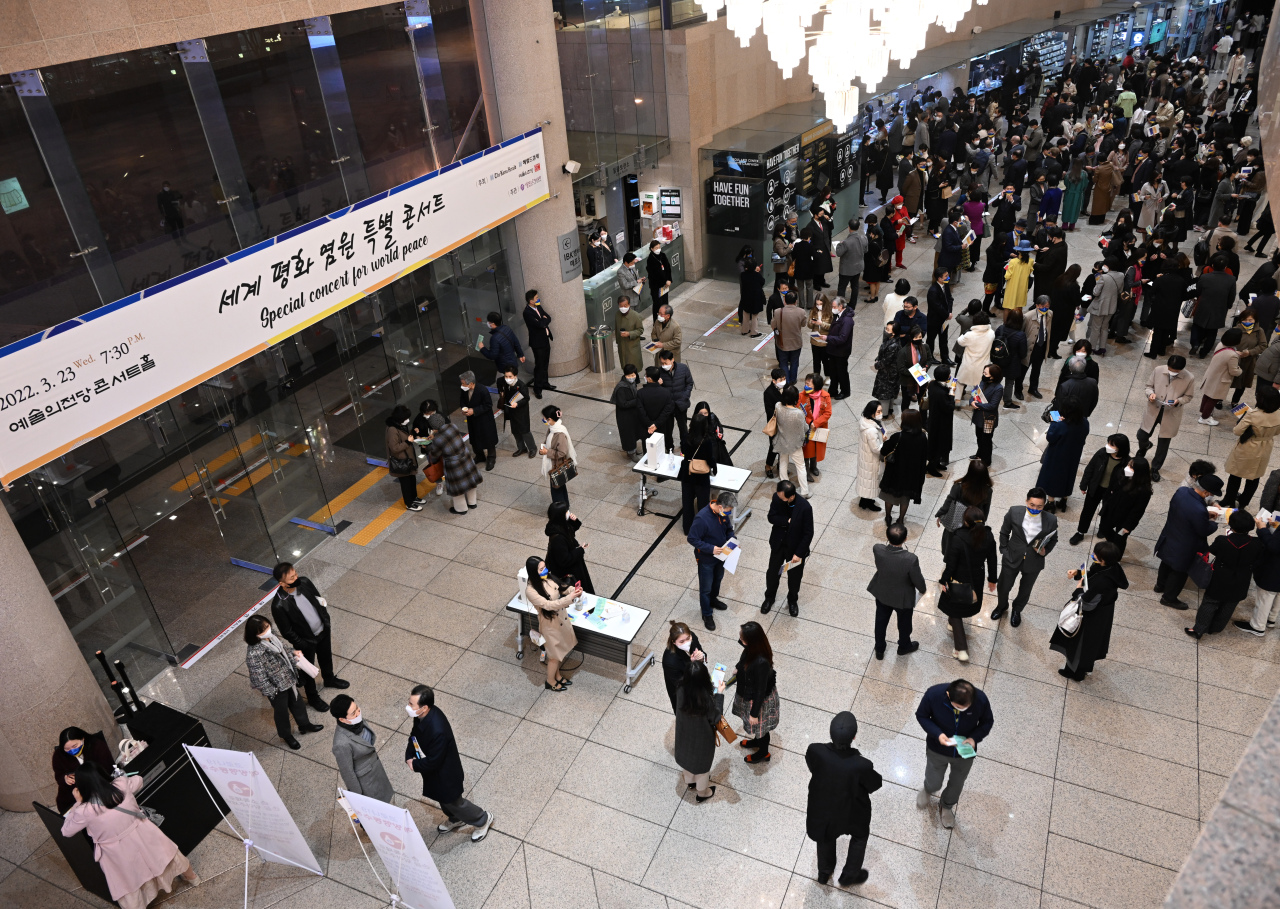 The audience waits before the start of “2022 Special Concert for World Peace” (Park Hyun-koo/The Korea Herald)
On a stage decorated with sunflowers, Ukraine’s national flower, the entrance of the musicians signaled the beginning of the special concert.

Among the 72 members of SPO are four Ukrainians and eight Russians. One of the Ukrainian musicians, contrabassist Dmytro Ziuzkin, 47, was not on stage with his colleagues, having left South Korea to fight for his home country in early March.

Combining Korea’s national anthem and “Arirang,’’ the piece sought to raise the spirit of the audience.

“I thank everyone who came to tonight’s concert. I wish for you all to be happy and healthy,” Ha said after the first piece. 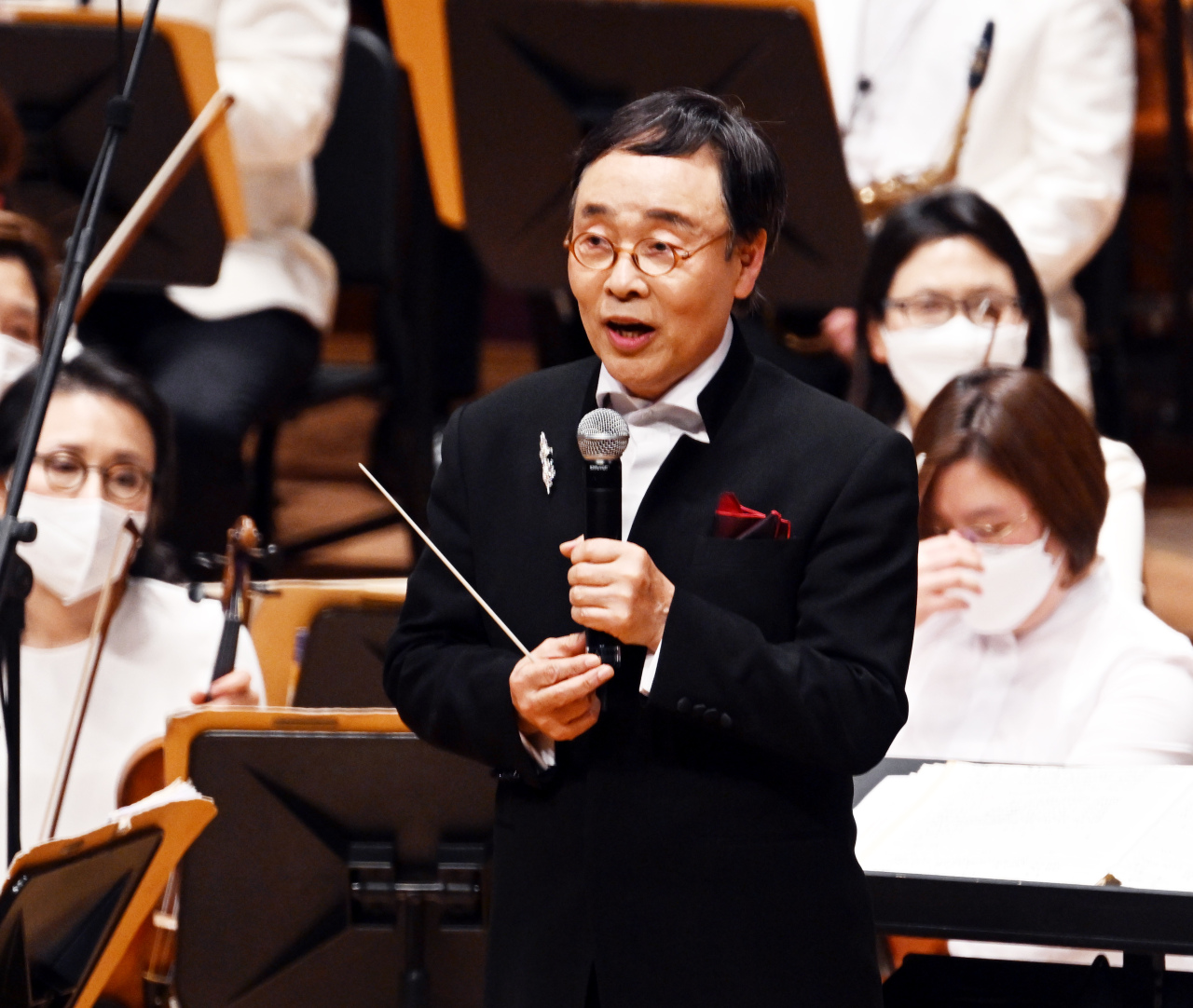 Conductor Ha Sung-ho (Park Hyun-koo/The Korea Herald)
The program continued with “Danny Boy,” a ballad written by English songwriter Frederic Weatherly in 1913, which many interpret as a message from a father to a son going to a war, wishing for his safe return.

Sung by baritone Ko Seong-hyoun, this version of “Danny Boy” had another interpretation, a requiem for a dead son coming back from a war to be laid to rest next to his father’s grave. 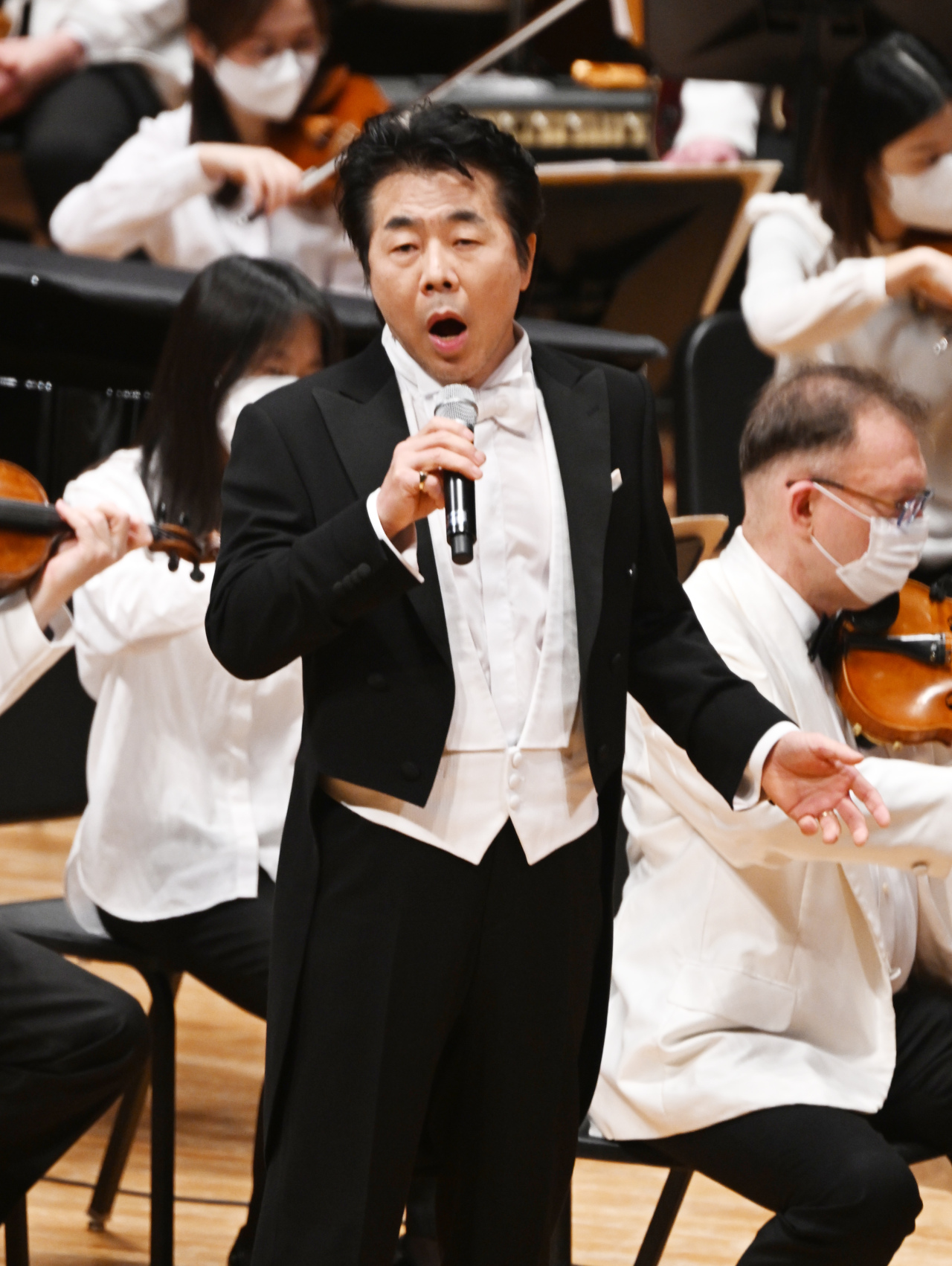 Following the performance of Neapolitan favorite “O Sole Mio,” the first part of the concert was brought to a close with “Spring and Winter,” a rearrangement of Vivaldi’s “Four Seasons” with a touch of jazz and rock.

The SPO opened the second part of the concert with “Funny Classic,” a specially arranged piece blending the first movement of Rachmaninoff’s Piano Concerto No. 2, Schubert’s Unfinished Symphony No. 1, Queen’s “We Will Rock You,” as well as “You, So Far Away,” a 1970 song by Kim Choo-ja.

A violin solo by Ukrainian violinist Sergiy Salo followed, expressing the sorrows and tragedy of war with “Moldova” and hope for peace and harmony with the bright and cheerful melody of “Skylark.” 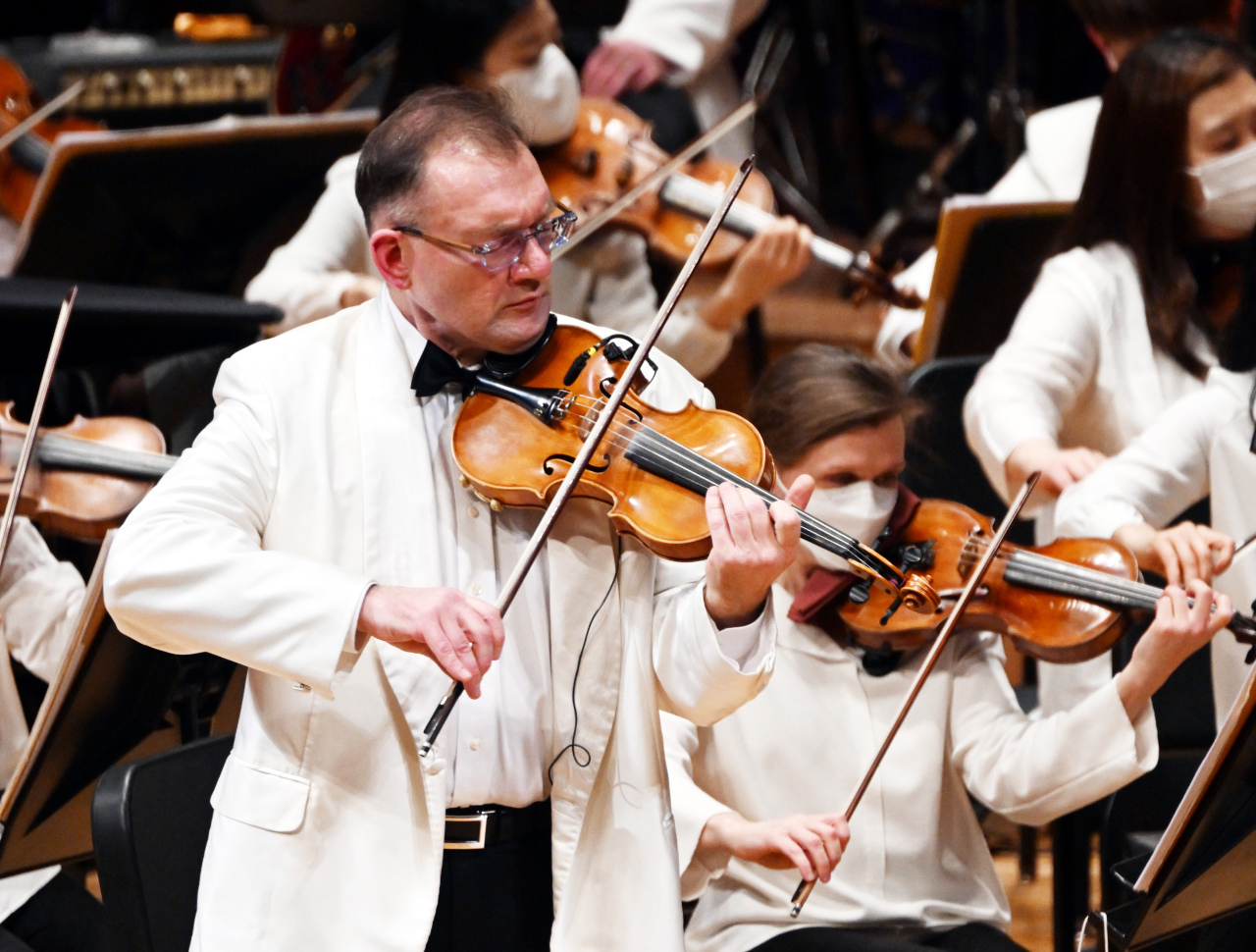 Violinist Sergiy Salo (Park Hyun-koo/The Korea Herald)
Under the theme of bright future and prayer for peace, the latter half of the concert featured music of various genres, ranging from pansori “Wind Road” and “Fly to the Sky” by 11-year-old artist Kim Tae-yeon to traditional Korean music “One Fine Spring Day,” “You So Far Away” and “Spring Rain” by the iconic singer Jang Sa-ik. 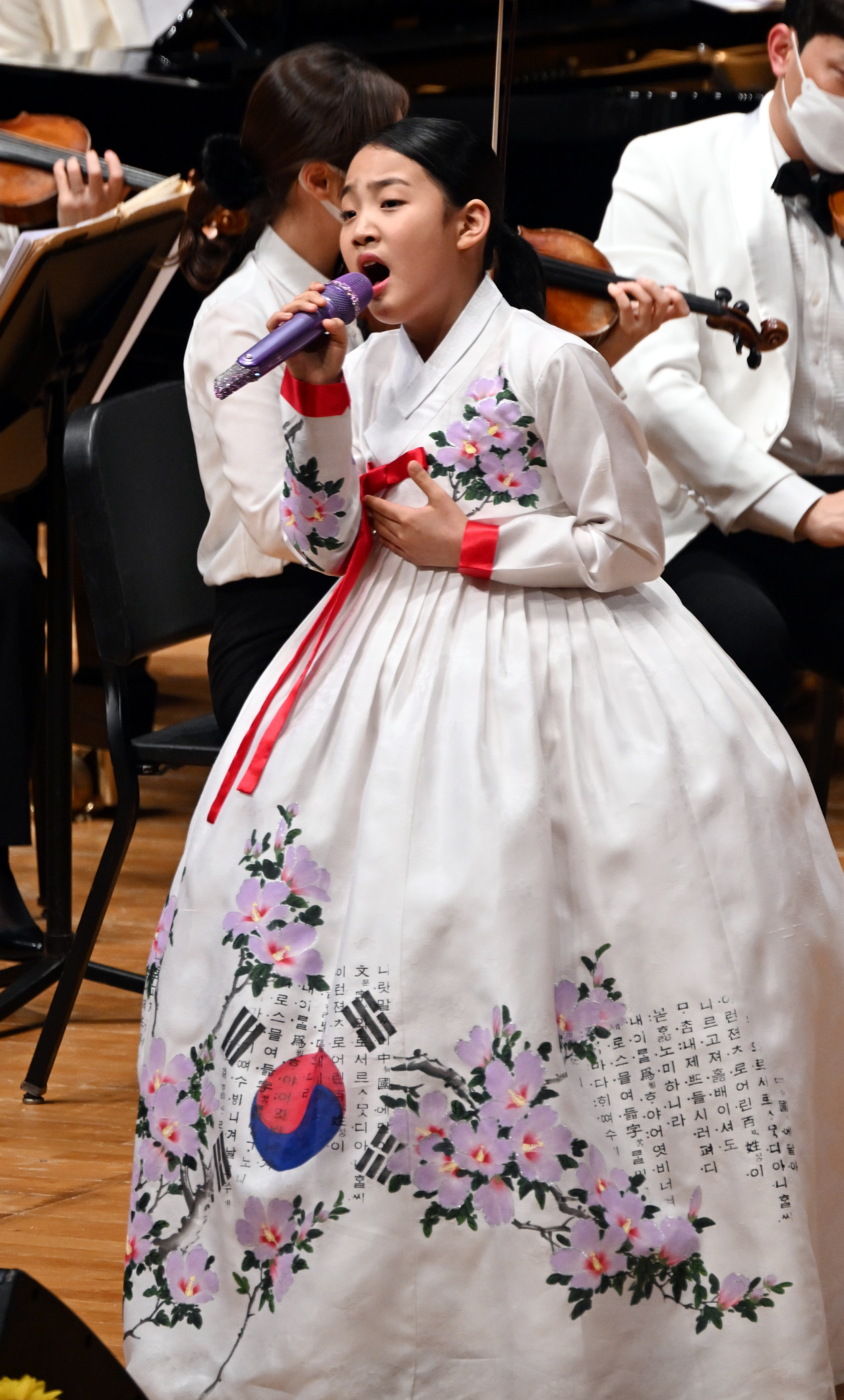 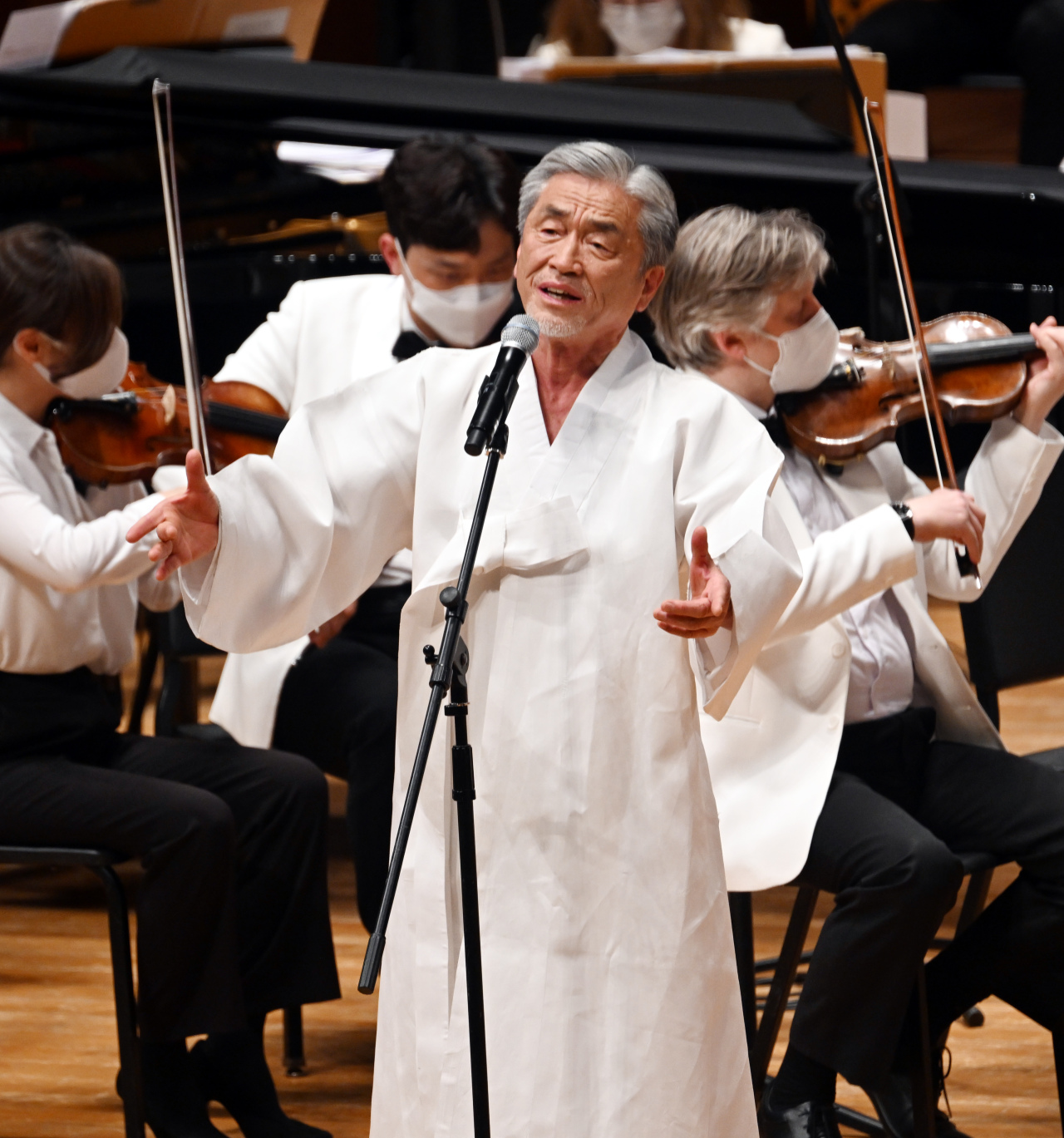 Singer Jang Sa-ik (Park Hyun-koo/The Korea Herald)
After the audience showed their appreciation for the veteran artist and his emotional performance, SPO performed the last piece of the night, “New World Symphony in Pops,” a reinterpretation of Dvorak’s “From the New World.”

Applause filled the concert hall, bringing out “Hand in Hand,” the official song of the 1988 Seoul Olympics, as an encore.

A portion of the proceeds will be donated to the people of Ukraine.