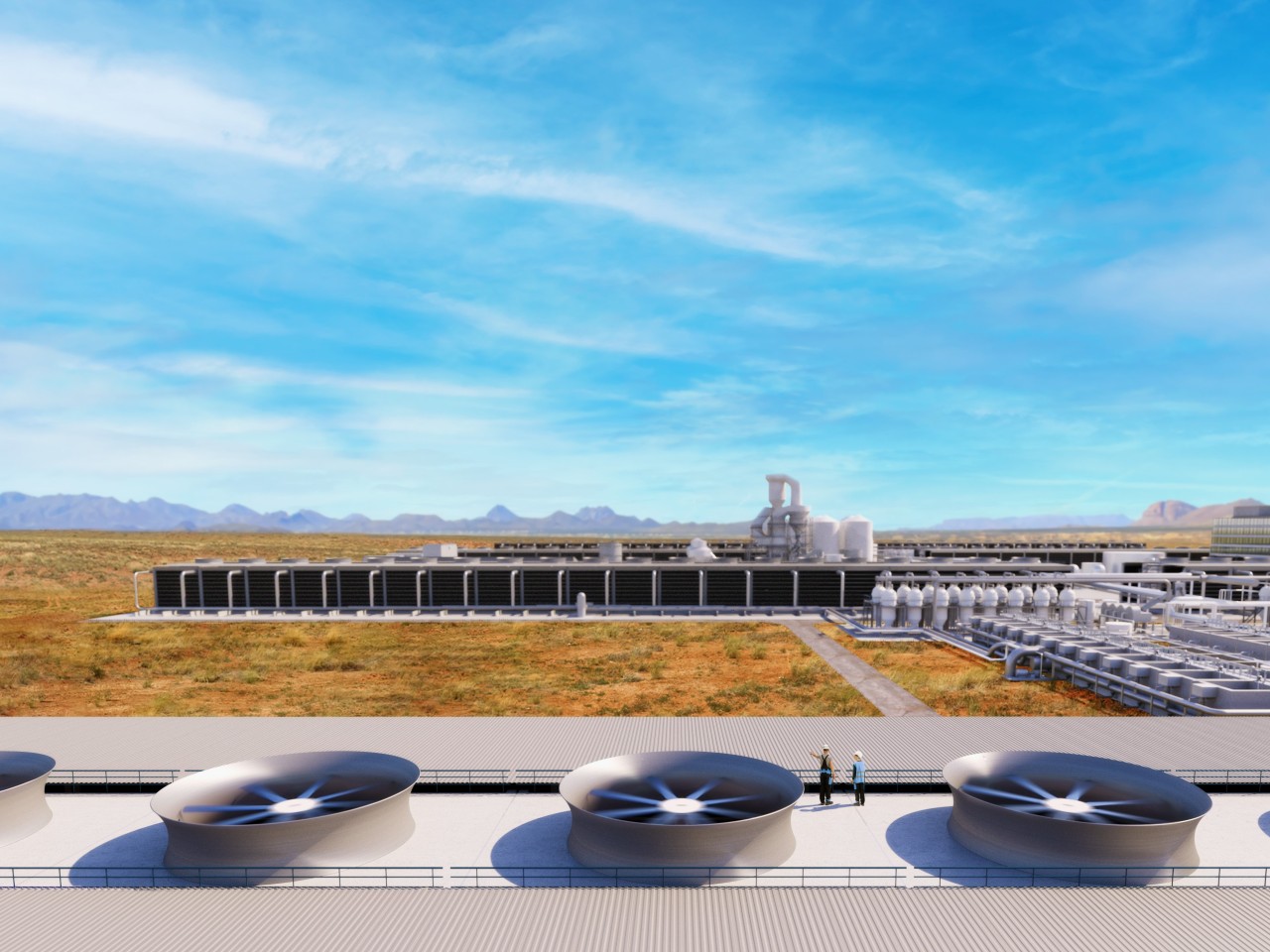 A rendered image of a facility for direct air capture of carbon dioxide (SK Innovation)
SK Trading International, a subsidiary of South Korean refiner SK Innovation, announced Wednesday plans to purchase up to 200,000 barrels of “net-zero oil” each year for five years from US-based Occidental Petroleum Corp., in a move to use the sustainable commodity for commercial products.

The affiliates of SK Group, South Korea’s third-largest conglomerate by assets, will use the oil for products including eco-friendly aviation fuel. SK’s purchase of net-zero oil will begin in 2025.

While oil still releases greenhouse gases when it is burned, Occidental calls it net-zero oil because it says it can remove carbon from the atmosphere and keep it isolated in a petroleum reservoir. It would be enough to offset the CO2 emissions throughout the entire crude oil lifecycle, it said.

“We are pleased to be a part of the world’s first carbon emission reduction initiative that is underpinned by processing net-zero oil on a life-cycle analysis basis,” Suh Sok-won, president and chief executive officer of SK Trading International, said in a statement.

SK Innovation and SK Trading International have said they aim to halve carbon emissions by 2030 and become carbon neutral before 2050 under its “Carbon to Green” strategy.