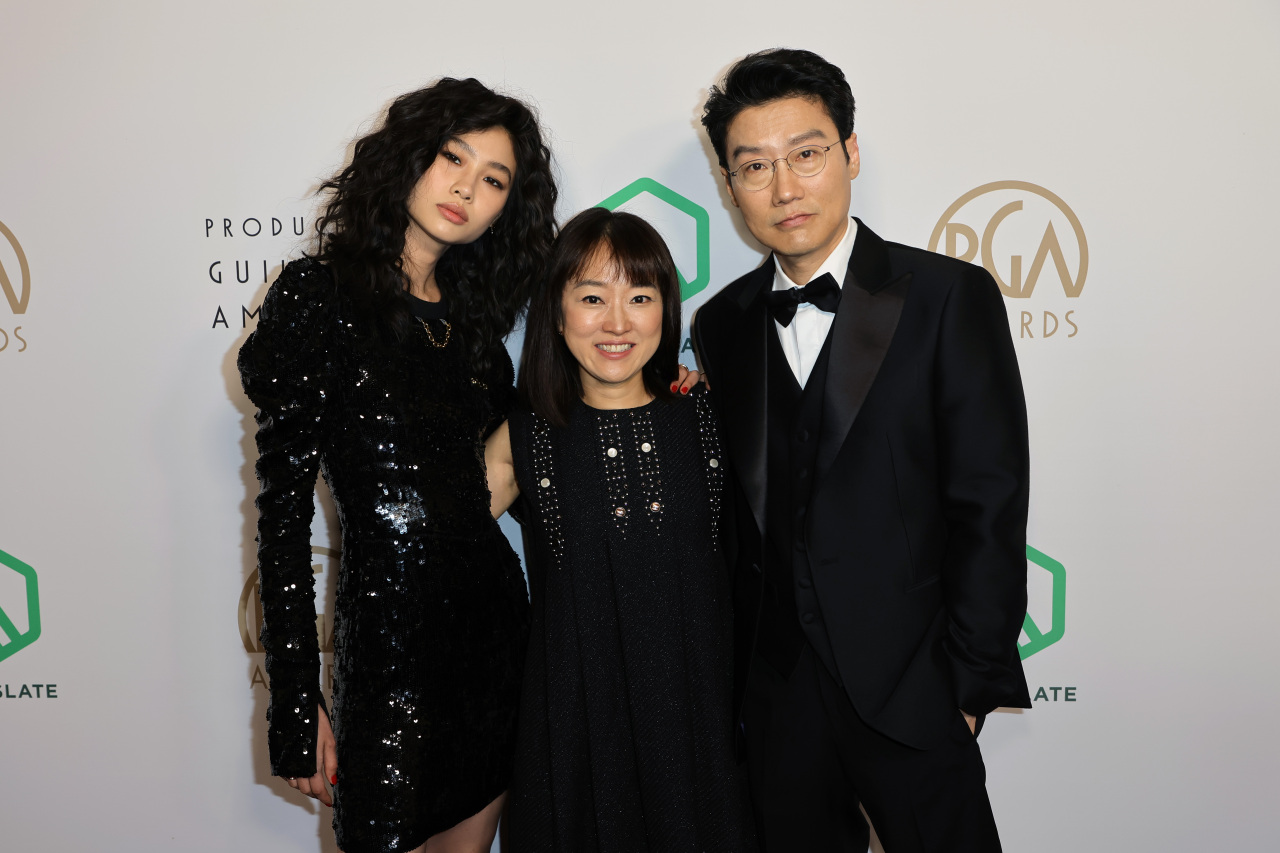 From left: Actor Jung Ho-yeon, Siren Pictures CEO Kim Ji-yeon and director Hwang Dong-hyuk attend the 33rd Annual Producers Guild Awards at Fairmont Century Plaza on March 19, in Los Angeles, California. (Getty Images)
After “Squid Game” creator Hwang Dong-hyuk said the series will return with a second season due to popular demand, one burning question remains: Who will be starring in the next season?

On the red carpet at the Producers Guild Awards ceremony on March 19, Hwang said told the press that he was working on many ideas and hinted that Jung Ho-yeon might play the role of a twin sister to Sae-byeok, Jung’s character who died in the final game of season 1.

However, it may be premature say that Jung’s return to “Squid Game” in the season 2 lineup is a done deal as casting is only at the brainstorming stage at the moment.

“Discussion about the new season is in progress, but the details have not been confirmed yet,” a Netflix official told The Korea Herald on Tuesday.

Saram Entertainment, Jung’s agency, told The Korea Herald that nothing has been discussed about the “Squid Game” sequel.

Having already made a name for herself in the modeling scene, Jung made her on-screen debut in the Netflix global phenomenon “Squid Game,” playing the role of North Korean defector Sae-byeok.

Jung won a Screen Actors Guild Award for outstanding performance by a female actor in a drama series on Feb. 28 for her role in “Squid Game.”