[ The Korea Herald – Send E-mail ]
'I don't have a future, I just have right now': Ukranian refugees speak out
From waking up to sirens, to their 3 day escape from Ukraine, Olha and Tetiana share their heartbreaking journey of leaving their husbands and how they are supporting their country from Poland as refugees.
By Choi Jeong-yoon
Published : Mar 21, 2022 - 22:33
Updated : May 25, 2022 - 06:49 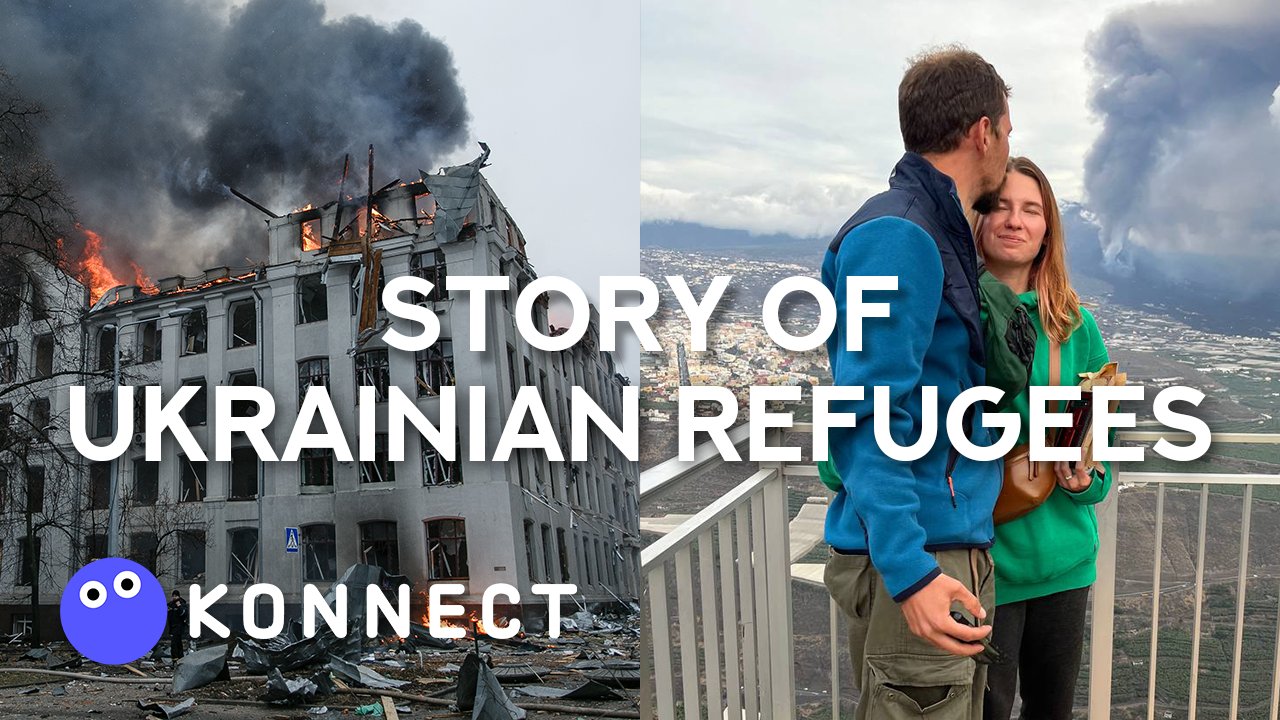 The Korea Herald
It was constant message alarms that woke 28-year-old Olha Rumiantseva in the early morning of February 24th, the day Russia launched its first attack on Ukraine.

“I will never forget this day. At 5 a.m., my phone rang from my colleagues' chat saying that they just heard explosions. Then, in half an hour, we heard sirens across Kyiv. I instantly knew something was wrong. We took our bags and left our home.” now the Ukrainian refugee said. Olha crossed the border last February with her friend Teitana Virchenko and has been residing in neighboring Krakow, Poland since then.

They recall the journey of escape “horrific”. As many Ukrainians rushed to flee the country, massive exodus resulted in dozens of kilometers of traffic jams, taking Olha and Tetiana three straight days to get to the near border which was just about 16 kilometers away from their home. Stranded in the middle of the road, they shivered throughout the night as they had to save fuel. Seeing the tank run out every second, there were moments they questioned themselves, if they could ever make it to the border.

Separated from friends and family, they are raising funds in Poland while gathering supplies to support people left in their hometown. They say helping one another is a unique trait of Ukrainians, which is also one very important ground that would lead to the country's victor.

KH: Before all this, what was your life like back in Ukraine?
Tetiana: I had an ordinary, but happy life before the war. My husband and I have two dogs. We spent most of our time walking the dogs or hanging out with friends.
Olha: When you have family, your friends, or your job, those are daily things that are in your control. Those are something you can predict. So you make plans, you think about your vacation in three or four months. And when the New Year comes, you write down the list of things you want to do.
But when war comes, your so-called “future” shrinks to one hour or one day. You can’t plan anything. All you can plan is, “All right, I want to have some food right now” or “I want to sleep now.”
I used to start the morning with a cup of coffee. But now I start the day with constant messaging, sometimes up to three hours, checking everyone I know if they’re still alive.
The reality is so scary that you can’t even think about the future. I don't want to say this, but you don't have a future. You have right now.

KH: Could you tell us what you are doing in Poland?
Tetiana: We help people who are in need. First, we didn’t really know what to do to be helpful. But now we know who to contact and where to go in order to help people. We find apartments for Ukrainian refugees. We also buy necessities like food and medicine to send to people in Poland, including our husbands who are protecting the country in Ukraine.
Olha: We are also doing DDoS (denial-of-service) attacks against Russian sites, as there is a lot of fake news regarding current situations. My family is in Crimea as I was born there. I keep in touch with them to make sure they are safe. But they don’t believe what’s happening with the war or the explosions. They watch Russian televisions and say the reports of Russian attack are propaganda.

KH: Why do you do what you do? Many reports show Ukrainian civilians fighting against the Russian military with bare hands. Where does that courage come from?
Olha: Everybody wants to do at least something, or else it feels like you would lose your mind. I took a break from my job to do something meaningful because the work you get from your salary will not help my country win.
We are also realizing that if someone gets hurt, they could be your friends’ or relatives’ friend. Even a friend of a friend of a friend. If that person’s hurt, that would be your friend’s pain. And your friend’s pain is your pain. And it gets to the level where you understand you’re trying to protect the whole nation.
During COVID-19, I had a chance to really explore this country. And we were so surprised by nature and so many amazing things Ukraine has. I can’t imagine telling my future children how beautiful our country was, but now it’s gone because they’re all destroyed, and we failed to protect it. That’s why we will do everything in our hands to get it back.

KH: Any last messages?
Olha: Victory is not something that’s given to you, but something you fight for. The reason we wake up in the morning every day. People lost their families and civilians are hurt every single day. The war doesn’t rest. But as soon as we unite, we will stop this. I would like to thank so many people across the world who are eager to help out Ukraine and also The Korea Herald for helping us to share our story and the truth. Thank you.

Yumi Yoshida in Poland contributed to this report.