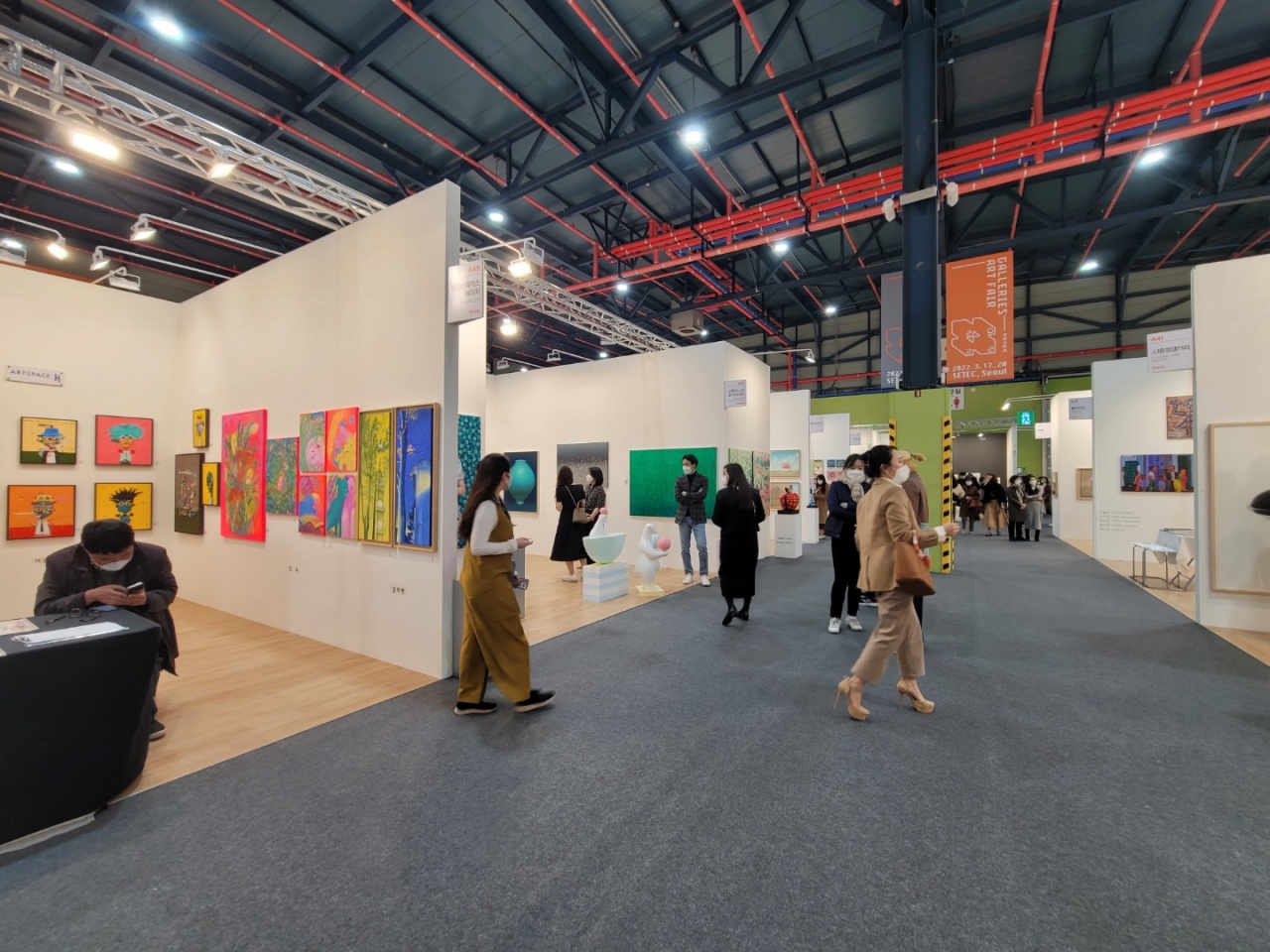 Visitors view artworks on display at the Galleries Art Fair 2022 during the VIP preview session on Wednesday. (Park Yuna/The Korea Herald)
The Galleries Art Fair 2022 closed Sunday with a record number of visitors and sales, continuing the ongoing art fever in South Korea. Some 143 galleries participated in the country’s oldest art fair, making it the largest in its history.

The five-day art fair kicked off Wednesday at Seoul Trade Exhibition Convention in Gangnam-gu, southern Seoul. It attracted some 5,300 visitors and clinched 17.7 billion won ($14.5 million) in sales, more than twice last year’s sales figure of 7.2 billion won, according to the Galleries Association of Korea.

The annual art fair saw 4.5 billion won in sales during the five-hour VIP preview, which is, in effect, the first day of the art fair. Nearly 4,000 visitors rushed in as soon as the art fair opened at 3 p.m. with many people having waited in a long line to get into the fair. Some gallerists saw visitors running into the venue as soon as the doors opened, reminding them of “open run,” a Korean term that describes people running in as soon as stores open to purchase popular items.

“I have never seen this kind of open run at an art fair,” said a gallerist from Gana Art, one of the country’s major commercial art galleries, adding that most of the artworks sold out on the first day. 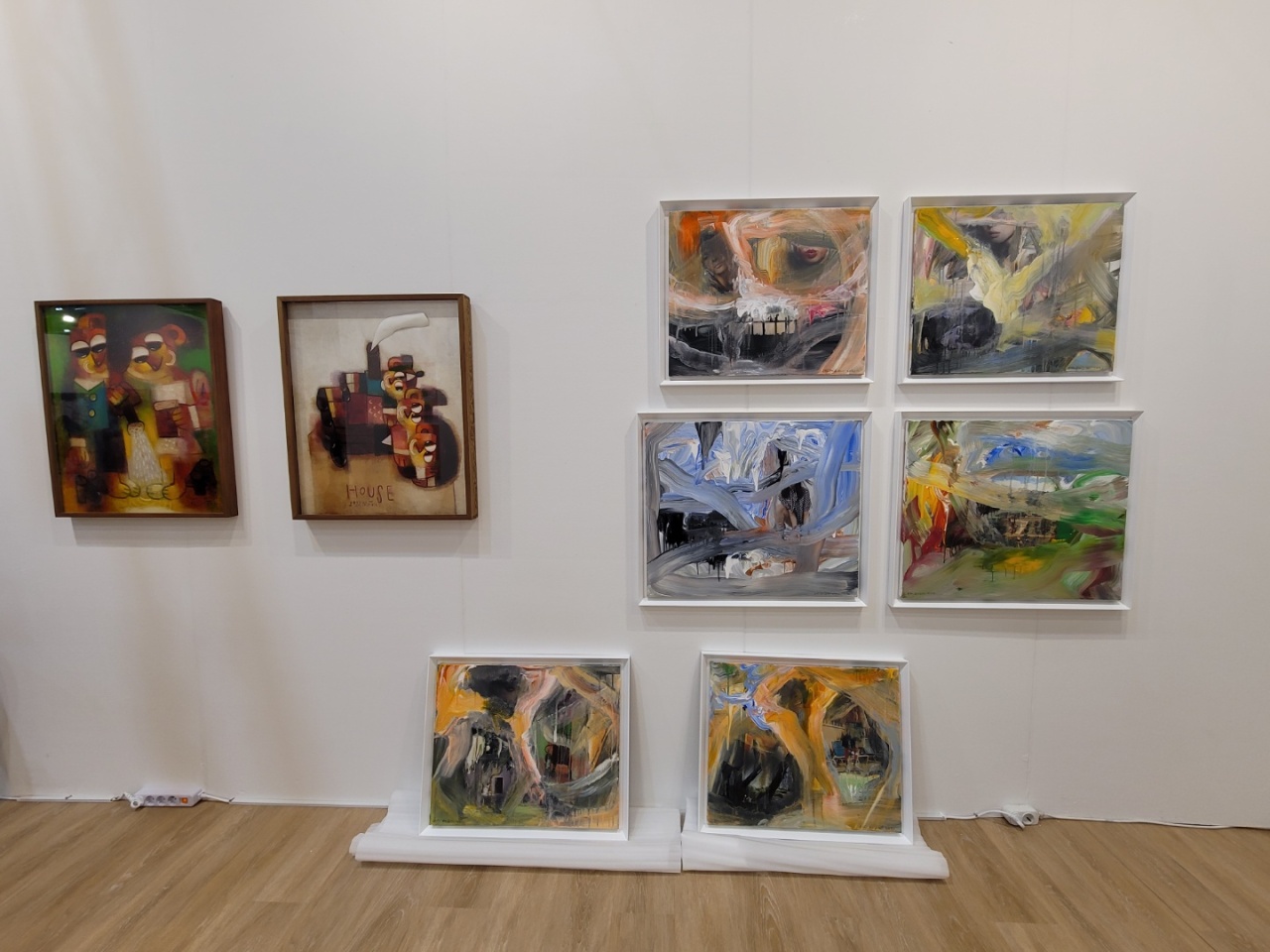 A Gana Art booth at the Galleries Art Fair 2022 (Park Yuna/The Korea Herald)
"I began to feel the mass popularity of art at Galleries Art Fair early last year. Then the fever escalated in Art Busan and Kiaf Seoul. It seems to be continuing this year,” she added.

Many galleries brought artworks by young artists to the fore in response to young collectors who have emerged as important purchasing power in the local art market. The special exhibition “Zoom-In” that aimed to introduce Korea’s emerging artists led to sales of the works by the seven exhibiting artists, according to the fair organizers.

“The line to get into the venue was extremely long starting at noon on the first day. Many galleries showcased young artists at the fair this year,” Hwang Dal-seung, chairman of the Galleries Association of Korea, told The Korea Herald. 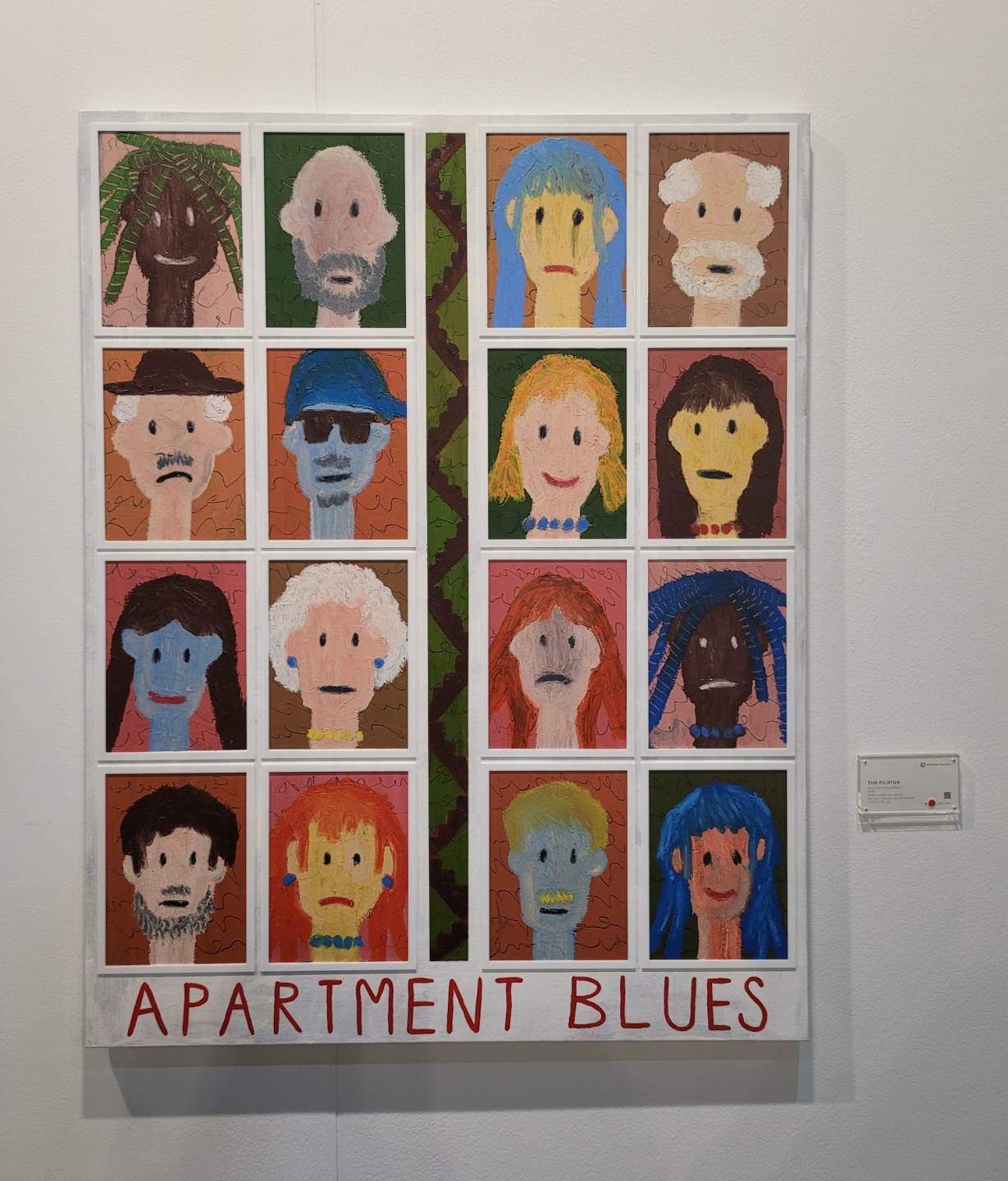 A PKM Gallery, another prominent Seoul gallery, showed works by Yun Hyong-keun (1928-2007), Korea’s leading figure in dansaekhwa art movement. A small paintings by the artist, about 50 to 60 centimeters in height, was snapped up right away by a young buyer at about 100 million won. At the fair, PKM sold two small works by Yun.

“The paintings are rare works by the artists in terms of their size,” a gallerist from PKM Gallery told The Korea Herald. While there is great demand for smaller works by Yun, the artist did not produce many small works and only few remain on the market.

This year’s fair took place at SETEC, a change of venue from Coex where the fair has been held for many years. The change is attributed to the Galleries Association of Korea’s attempts to test-run the venue for the upcoming Kiaf Plus, a satellite exhibition of Kiaf Seoul slated for early September alongside Frieze Seoul 2022.