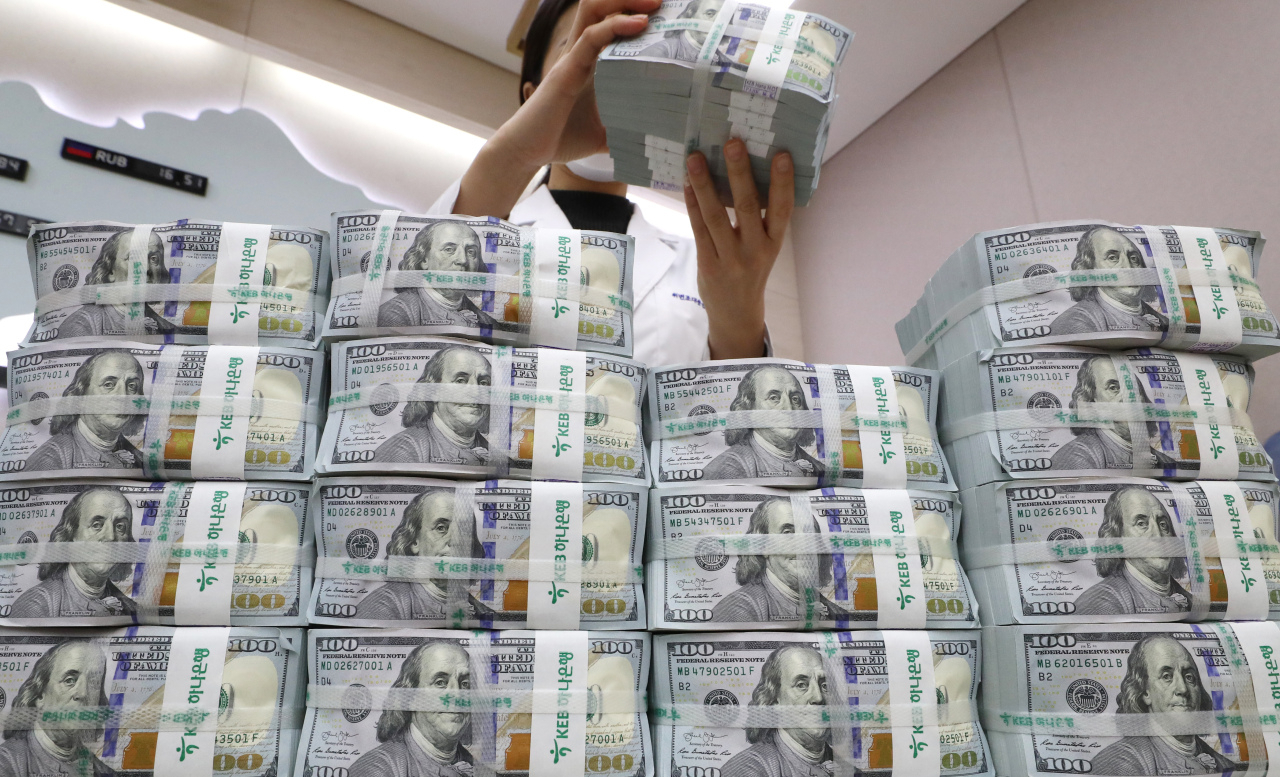 South Korea said Friday it plans to open temporary settlement lines between local banks and their units in Russia in a bid to help local firms facing difficulties in trade financing due to global sanctions against Russia.

The government plans to support swift trade financing-related payments for local companies as Woori Bank and Hana Bank are set to open ad hoc settlement accounts with their affiliates in Russia, according to the Financial Services Commission (FSC).

The move is aimed at minimizing the use of global intermediary banks as such lenders have tried to avoid transactions with Russia due to the sanctions, causing the handling of money payments to be delayed or rejected.

The FSC said the new settlement lines, however, will not be allowed to be used for transactions with Russian banks or items that are on the list of global sanctions against Moscow.

South Korea has joined the multilateral move to impose financial sanctions on Russia over its invasion of Ukraine, including cutting transactions with Russia's central bank and the removal of Moscow from the SWIFT global payment system.

Meanwhile, the government said Russia's potential default on its foreign debt is expected to have limited impacts on South Korea as local financial institutions' exposure to Russia remains meager.

The woes over Russia's imminent debt default slightly waned as some creditors received dollar payments for Russian bond coupons that came due Wednesday. But its default risk still lingers, depending on whether it is able to pay the interest of maturing bonds amid global sanctions against Moscow over its war with Ukraine.

"There would be limited direct impacts from Russia's potential default on its debt as local banks' exposure to Russia is not big," First Vice Finance Minister Lee Eog-weon said.

"But there is a need to be wary of a possible increase in market volatility as Russia's default could spark jitters about global liquidity," he added.

Local banks' exposure to Russia, including potentially risky loans and investment, came to US$1.47 billion as of end-September, accounting for 0.4 percent of their total external exposure, according to the FSC. (Yonhap)