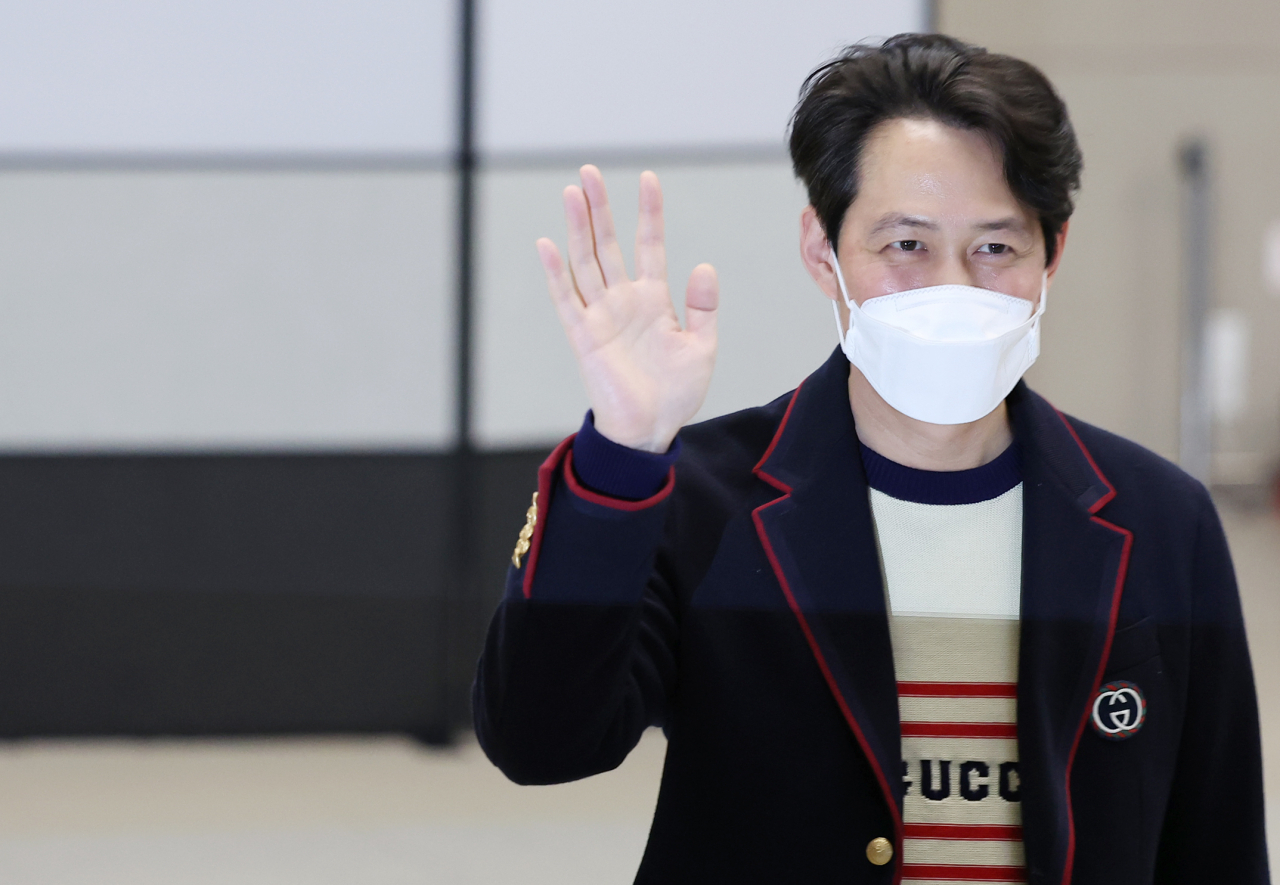 "The award is not only given to myself but also to all people who love Korean content," Lee said through his management agency, after arriving at Incheon International Airport from the United States. "I hope to hear more pleasing and significant news about Korean content in the future."

At the Critics Choice Awards ceremony in Los Angeles on Sunday (U.S. time), Lee won Best Actor in a Drama Series for his performance in the survival drama "Squid Game." The all-Korean Netflix original also took the prize of Best Foreign Language Series.