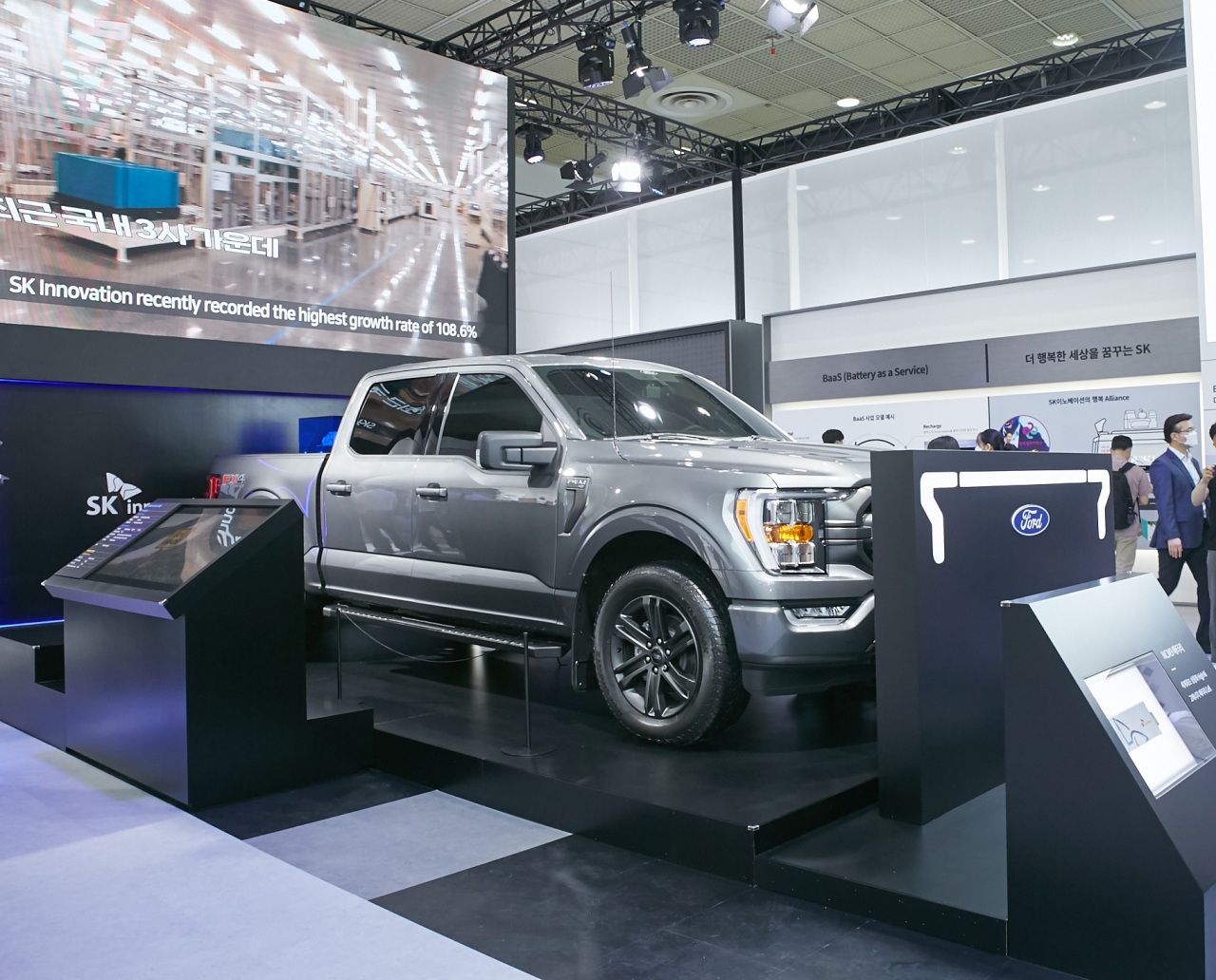 A promotional image of Ford’s F-150 electric pickup truck, powered by SK On‘s NCM9 battery. (SK On)
An upcoming electric vehicle battery plant in Turkey built by South Korean company SK On is the latest testament that its battery alliance with US carmaker Ford is ever becoming stronger.

On Monday, SK On announced plans to set up a new plant on the outskirts of Ankara, Turkey, with an annual capacity of between 30 and 45 gigawatt-hour starting as early as 2025, in a deal with US carmaker Ford and Turkish conglomerate Koc.

The battery arm of South Korea-based conglomerate SK, Ford and Koc have signed a nonbinding memorandum of understanding to create a joint venture for the plant.

All high-nickel NCM (nickel, cobalt, manganese) batteries manufactured in Turkey will be supplied to Ford vehicles, according to SK. 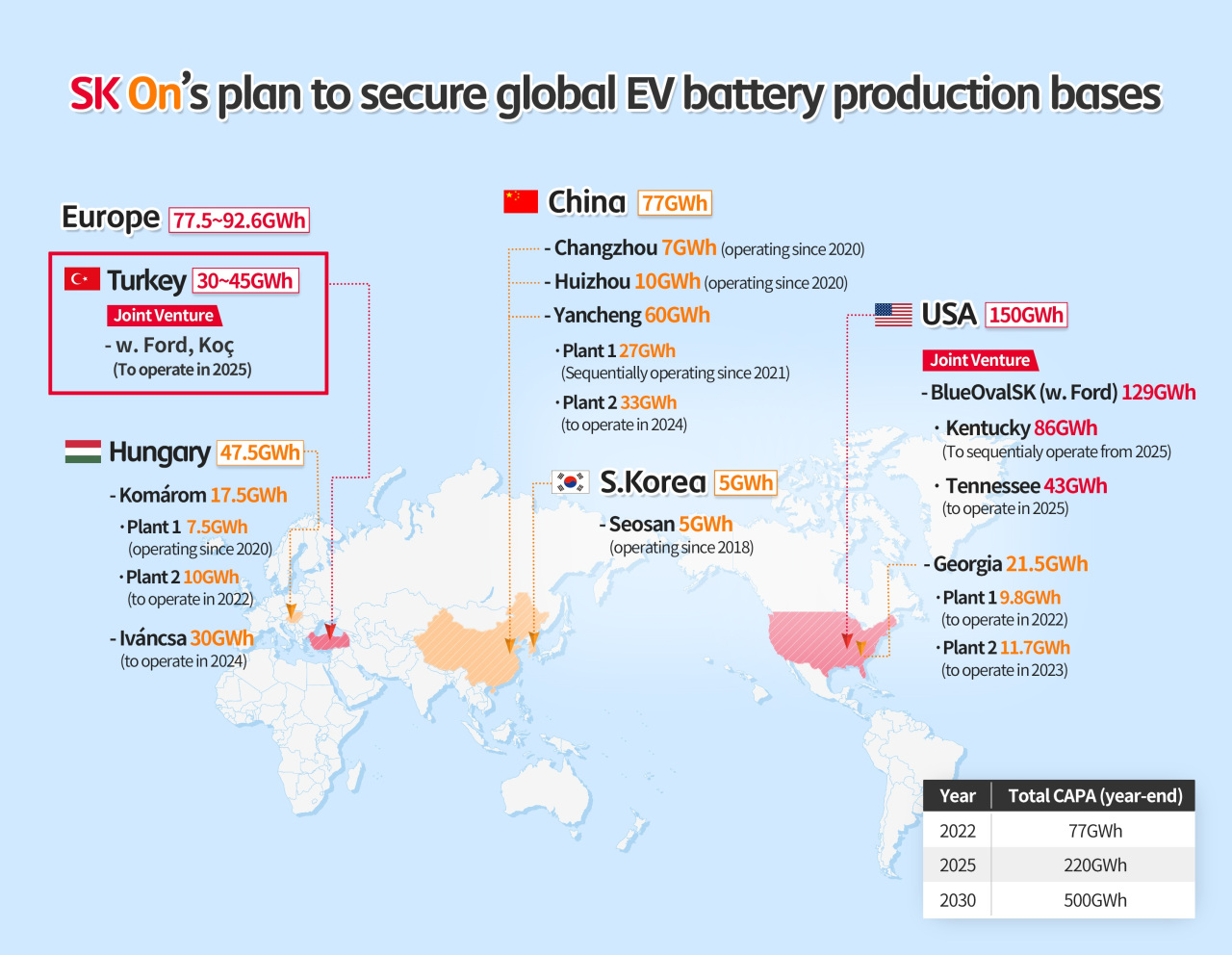 A map visualization shows the location of SK On's plants and construction sites. (SK On)
SK On has long established itself as a key EV battery supplier to Ford, as at least 70 percent of Ford’s batteries will come from production lines partly or fully backed by SK On with the newest Turkey plant.

Ford aims to secure plants of a combined 240 gigawatt-hour battery capacity on a yearly basis by 2030, and a combined 140 gigawatt-hour capacity of Ford‘s batteries will come from factories across the United States owned by either SK On or SK On-Ford joint venture BlueOval SK, from as early as 2025.

Alongside, SK On aims to attain its goal of annual production capacity at 500 gigawatt-hour by 2030. The company currently operates plants in Korea, the US, China and Hungary. Its capacity currently stands at 77 gigawatt-hour.

SK said in a statement SK On would be the first company to establish a joint venture with an auto maker for an EV battery plant in Europe. Korea is home to three EV battery powerhouses SK On, LG Energy Solution and Samsung SDI.