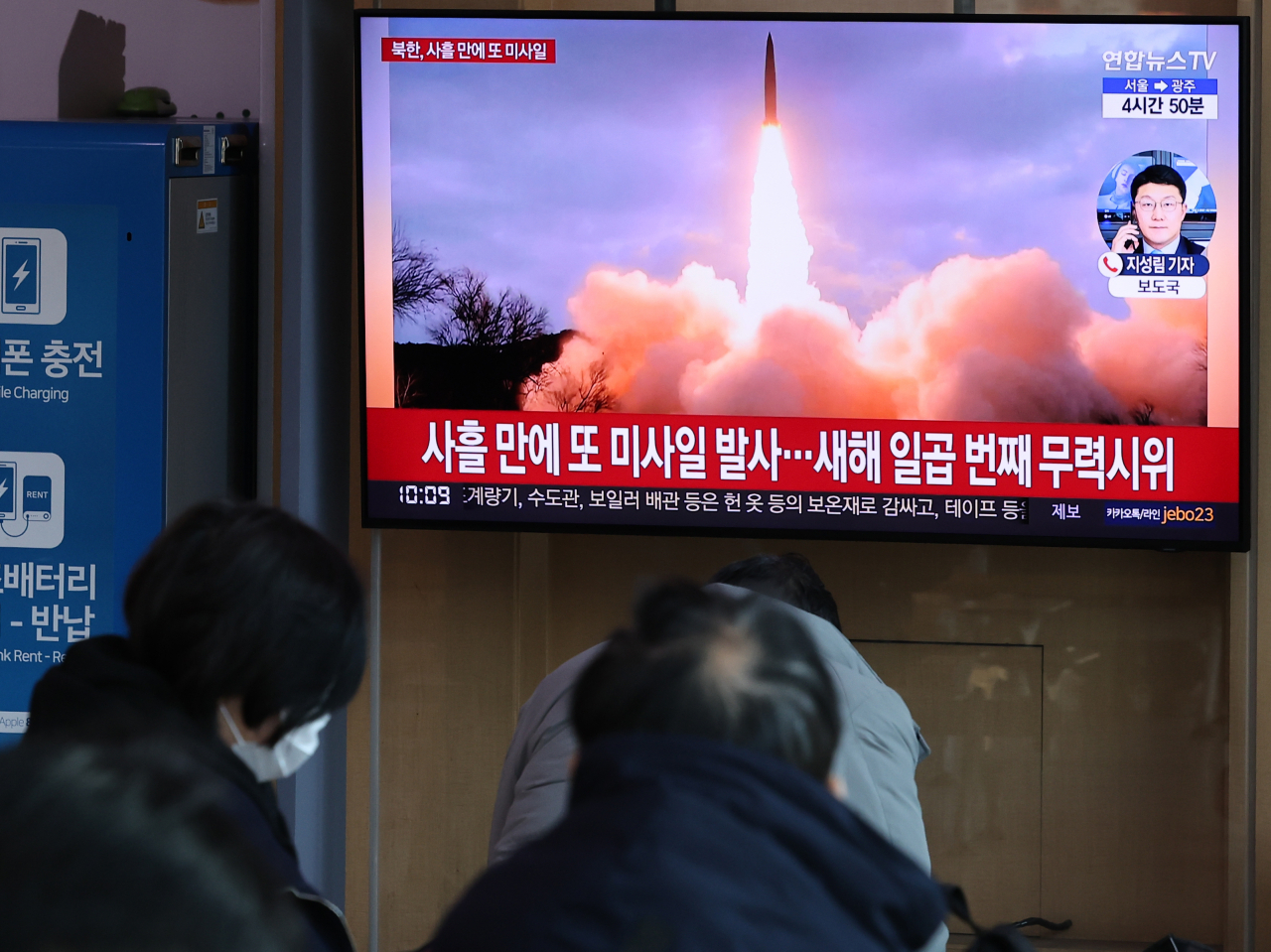 In this file photo, a news report on North Korea's launch of an intermediate-range ballistic missile is aired on a television at Seoul Station on Jan. 30, 2022. South Korea's military said the missile flew about 800 kilometers at a top altitude of 2,000 km. (Yonhap)

Seven out of 10 South Koreans believe North Korea has no intention to completely denuclearize, a survey showed Tuesday, amid signs of the recalcitrant regime doubling down on its nuclear and missile programs.

Rep. Kang Dae-sik of the conservative People Power Party revealed the results of last year's survey on public security awareness that the Korea National Defense University conducted from Aug. 12 to Sep. 17 on 1,200 citizens.

In the survey, 70.6 percent of the respondents gave a negative answer to the question of whether the North has any intention to completely dismantle its nuclear program. The figure represents a 16.2 percentage point rise from the 2020 survey.

The survey also found 61.3 percent considered the North a "hostile" country threatening the South's security, while only 22.1 percent called the North a partner for cooperation.

Among the respondents, 92.9 percent and 71.5 percent replied the United States stands as the most critical partner in terms of the economy and security, respectively.

The survey was released amid concerns Pyongyang could continue to engage in provocative acts, as it made a veiled threat in January to lift its yearslong moratorium on nuclear and long-range rocket tests.

The survey had a margin of error of 2.76 percentage points with a 95 percent confidence level. (Yonhap)