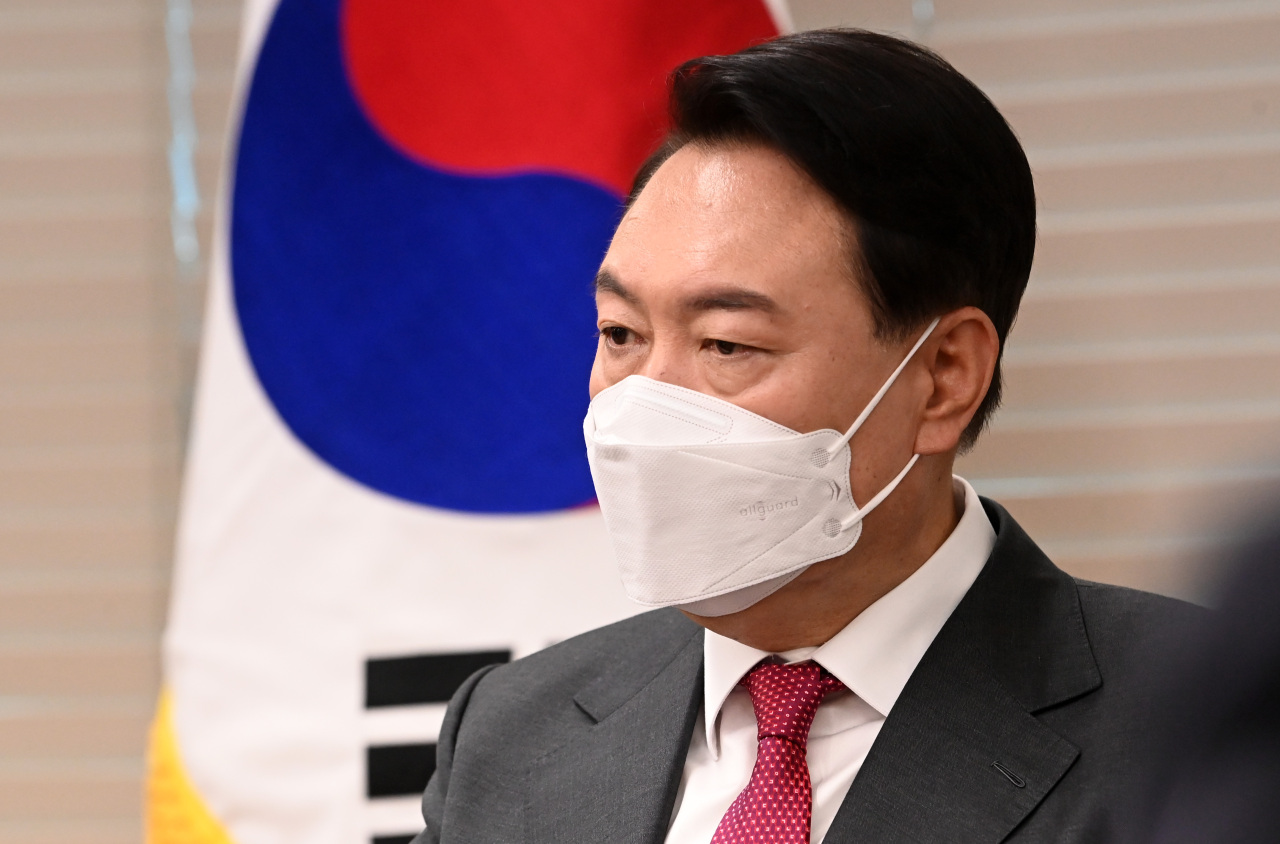 Yoon has vowed to make a U-turn from the Moon Jae-in administration’s nuclear energy phase-out policies, citing plans to use nuclear to account for 30 percent of total energy generation.

“(I’ll make sure) Sin-Hanul No. 3 and No. 4 resume construction and operate old nuclear reactors after evaluating their safety performances,” Yoon said in a statement on Dec 29.

Moon halted construction on the two powerhouses located in Uljin, North Gyeongsang Province, as part of his energy policy to minimize reliance on atomic power.

Yoon also pledged to make the country a top exporter of nuclear equipment and technology, which excited the industry that has been downsizing businesses accordingly to the phase-out plan.

Choi added the state-run Korea Electric Power Corp. might have a chance to reduce its record operating loss of 5.8 trillion won ($4.8 billion).

“Up until now, Kepco has generated electricity using price-volatile materials such as coal and liquefied natural gas. But even with the skyrocketing global fuel price, it couldn’t raise electricity price because of Moon’s promise to curb the price hike,” Choi said.

“On the other hand, production cost of atomic power is hardly fluctuant, allowing for Kepco to run a stable and preferably profitable business.”

With regards to the issue, a Kepco official declined to give comment, citing it’s too early to tell the policy impact.

Experts say there are both pros and cons to Yoon’s pro-nuclear movement.

“Using atomic power can be beneficial than thermal power plants in the sense that they are resilient to the recent global fuel price surge sparked by Russia-Ukraine crisis. Also, the water that was used to cool down nuclear reactors can be reused to make hydrogen energy,” said Cho Se-youn, senior researcher at Korea Institute of Science and Technology.

“But there could be risks of leaking nuclear and radioactive wastes such as uranium and a possibility of power plant explosions since Korea is no longer safe from earthquakes.”