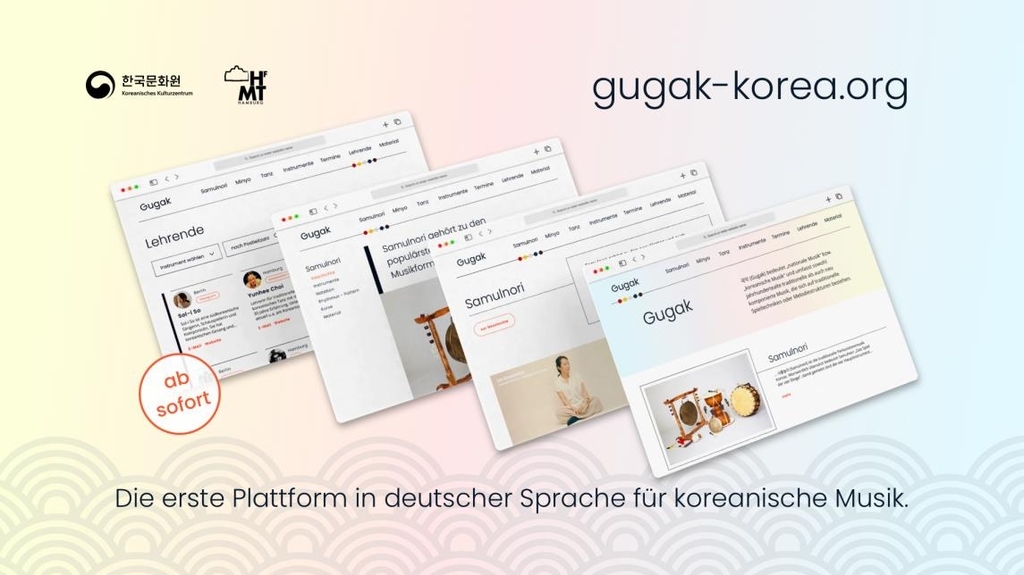 The Korean Cultural Center in Germany has started the service to assist Germans interested in studying traditional Korean music, according to the KCCG on Thursday.

The platform was built in collaboration with the Hamburg University of Music and Theater with funding from the Federal Ministry of Education and Research of Germany, as part of the Joint Science Conference projects.

For those new to traditional Korean instruments, a separate list gives basic descriptions and characteristics of each instrument with step-by-step tutorials.

Information on in-person music workshops and instructors in Germany are included.

“This is the first platform service that teaches traditional Korean music in German,” the KCCG said. “We will continue to develop this as a long-term project, working together with the Hamburg University of Music and Theater.”

The platform can be accessed on PC and mobile devices.