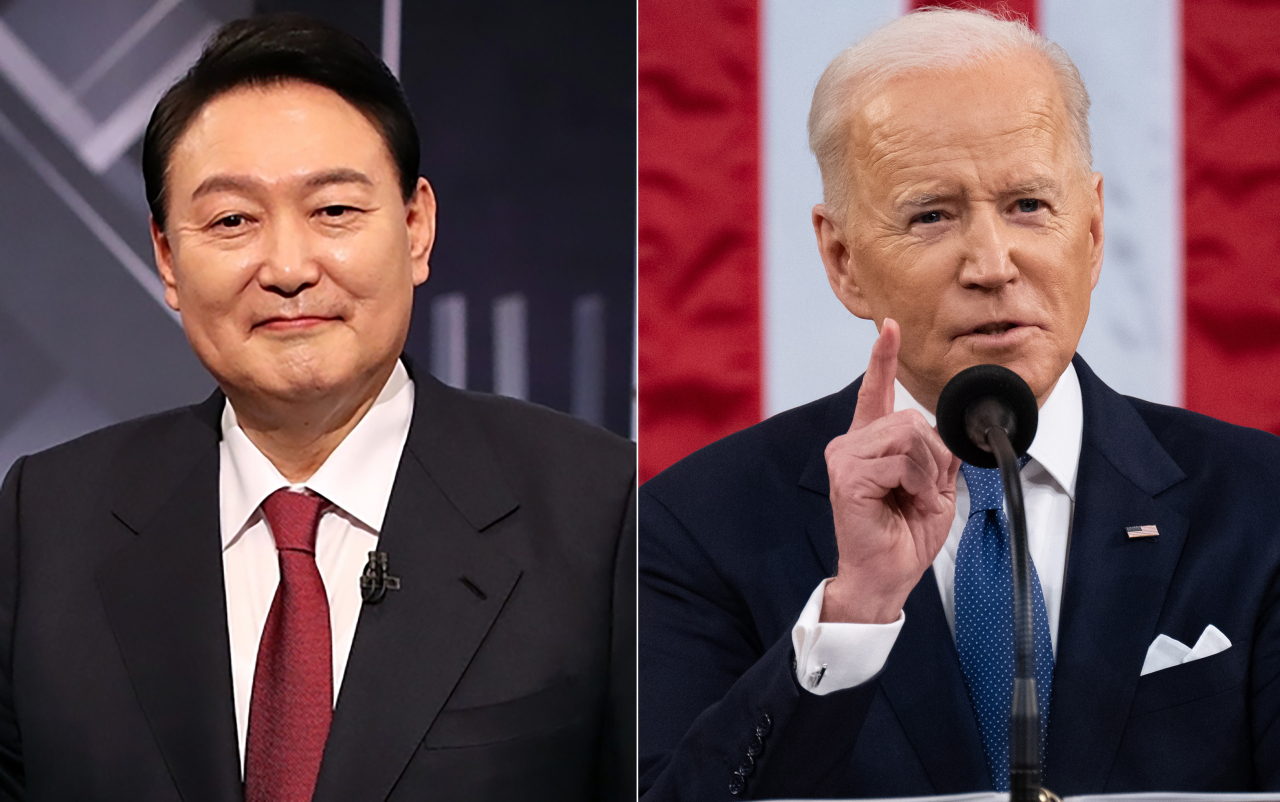 During the 20-minute phone conversation, Biden congratulated Yoon on winning the presidential election, and invited the president-elect to the White House, according to a statement from Yoon’s People Power Party. In return, Yoon said he hopes to meet Biden soon.

Yoon stressed the need for stronger cooperation between the two countries amid the North’s continued provocation since the start of the year. He asked Biden for his close attention on the situation on the peninsula.

Biden told Yoon that the US is closely monitoring the situation in the North, and stressed the need for close coordination between Seoul, Washington and Tokyo in regard to their policy on Pyongyang as the regime’s recent ballistic missile test is a threat to not only Seoul, but also Washington, according to Yoon’s office.

The White House also released a statement on their phone conversation, underlining the importance of cooperation between the allies to cope with North Korea and other global challenges.

“Together, they affirmed the strength of the US-ROK alliance, which is the linchpin for peace, security and prosperity in the Indo-Pacific,” the statement read, referring to the South by its official name, the Republic of Korea. “President Biden emphasized the United States’ commitment to the defense of the ROK and that he looks forward to working together to deepen cooperation on key global challenges, including climate change, the COVID-19 pandemic, and supply chains.”

The two also committed to maintain close coordination on addressing the threats posed by the North’s nuclear and missile programs, it added.

Biden was Yoon’s first congratulatory phone call from among world leaders. All eyes are on when the two leaders will meet in-person. Observers say their first summit could happen in the latter half of May, as Biden is looking to visit Japan for the Quad meeting that involves the leaders of Australia and India. During his trip to the region, Biden could make a stopover here to meet with the new leader. Yoon is set to be inaugurated on May 10.

Yoon’s victory comes as the North has been upping the ante on the peninsula, launching nine weapons tests since January. During his campaign, Yoon had vowed to bolster Seoul’s alliance with Washington and take a hardline stance on Pyongyang.

North Korea hasn’t made any statement on Yoon’s win yet.

Also on Thursday, other world leaders congratulated the new president, including from Japan, the UK and Canada.

Japanese Prime Minister Fumio Kishida congratulated Yoon, expressing hope to rebuild bilateral ties which had been strained over the years.

“I intend to closely work with the new president to improve Japan-South Korea ties,” Kishida was quoted as saying in Kyodo News. He stressed that a healthy relationship between the two countries is crucial for global peace and stability.

Kishida said it is important to closely communicate with Yoon and his government to regain a healthy relationship based on Japan’s consistent stance on key historical matters that are at the center of the bilateral feud. These include Japan’s use of Korean forced laborers and wartime sexual slavery.

Observers are raising hope that the bilateral relations, which are mired in a protracted row over territorial and historical disputes stemming from Japan’s 1910-45 colonial rule of the Korean Peninsula, could move forward under Yoon given his calls for improved relations.

Meanwhile, British Prime Minister Boris Johnson also sent congratulations via Twitter, saying Korea is a friend and ally of the UK. “I look forward to working closely together on our shared priorities, protecting freedom and security and promoting trade in the industries of the future.”

“As Canada and South Korea prepare to celebrate 60 years of diplomatic relations next year, I look forward to working with President-elect Yoon to deepen relations between our two countries and advance our shared priorities,” Trudeau said in a statement. “This includes standing united with Ukraine in the face of Russia’s unwarranted and unjustifiable invasion, recovering from the COVID-19 pandemic, and enhancing peace and security in the Indo-Pacific and around the world.”