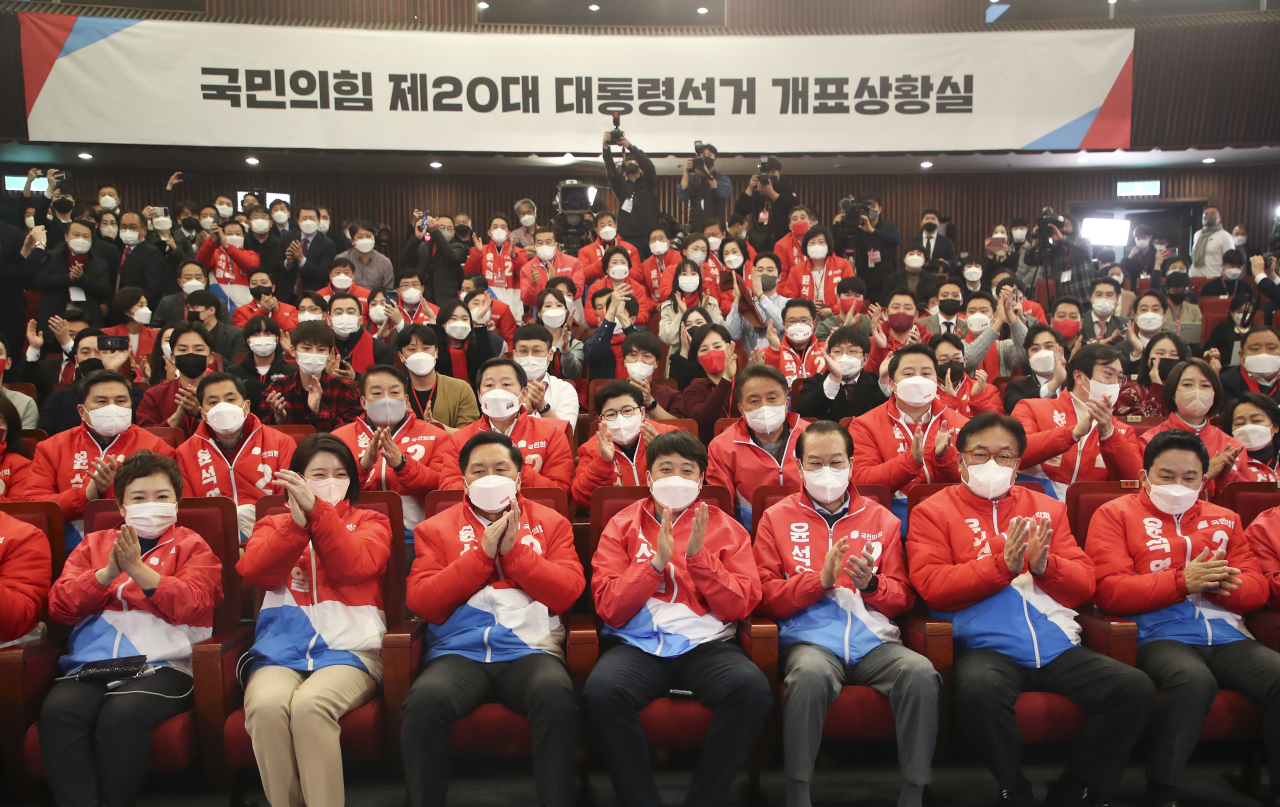 At the party’s election headquarters set up inside the National Assembly, People Power Party leadership, including the party’s Chairman Lee Jun-seok and election campaign chief Rep. Kwon Young-se, had come to watch the exit poll results that emerged after polls officially closed nationwide, alongside other party members.

Watching the TV screens installed in front of the venue, the party’s lawmakers chanted the countdown in anticipation to the release, broadcast live at 7:30 p.m.

One exit poll jointly conducted by the country’s three major broadcasting companies -- SBS, KBS and MBC -- predicted the People Power Party’s Yoon Suk-yeol winning 48.4 percent of the vote to edge out Lee Jae-myung of the ruling Democratic Party of Korea on 47.8 percent.

With the exit poll showing such a close result, the lawmakers and members clapped but were quiet afterward. As poll results by region were broadcast, some lawmakers stared at the TV screen while others cheered for the sweeping victory in their stronghold Yeongnam region, which encompasses the southeastern area of the Korean Peninsula.

Rep. Kwon, who heads the election team for Yoon, said, “We are glad that we won even a little, but it’s a smaller difference than we thought. Since a survey is a survey, we will wait humbly for the results to come out.”

When asked to explain the difference from the early predictions, “We can’t guess where the difference comes from,” he said. Earlier, party leader Lee Jun-seok predicted Yoon would win in a landslide.

In a poll separately conducted by JTBC, Lee was projected to obtain 48.4 percent of the votes, just surpassing Yoon’s 47.7 percent.