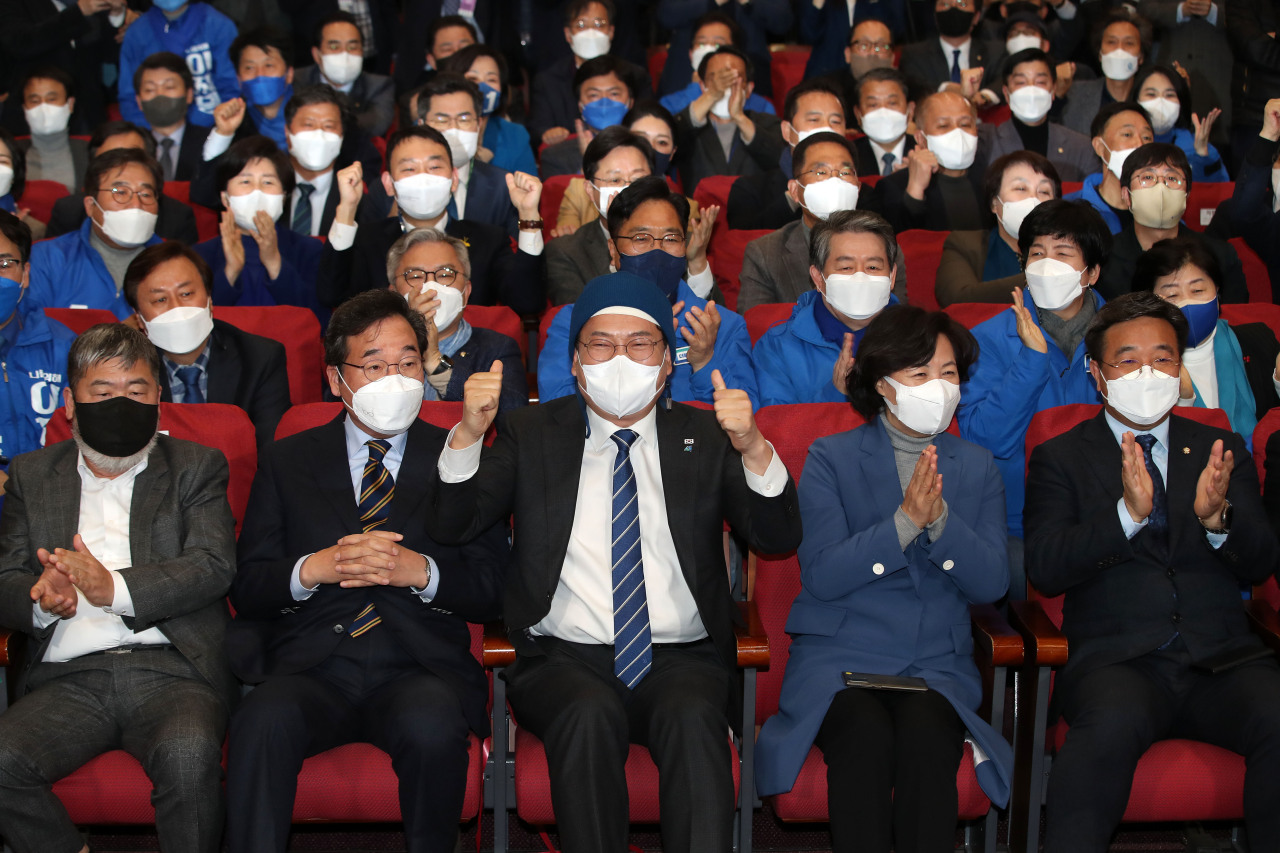 Officials of the ruling Democratic Party of Korea shout for joy at their situation room prepared in Yeouido, western Seoul, upon release of the joint exit poll results from KBS, MBC and SBS at 7:30 p.m. Wednesday. (Joint Press Corps)
Officials with the ruling Democratic Party of Korea cheered with joy upon release of exit poll results that hinted at a tight race between its presidential candidate Lee Jae-myung and Yoon Suk-yeol of the main opposition People Power Party.

Upon release of results from a joint exit poll by KBS, MBC and SBS, Democratic Party officials screamed in joy and chanted Lee‘s name loudly at a situation room they prepared inside the National Assembly.

The joint exit poll by the three terrestrial broadcasters -- KBS, MBC and SBS -- put Yoon only slightly ahead of Lee with 48.4 percent to 47.8 percent. In a separate exit poll by JTBC, Lee was expected to win 48.4 percent of votes, followed by Yoon with 47.7 percent.

Rep. Song Young-gil, chief of the ruling party, teared up soon after the results were announced and shaked hands with other party officials in the situation room, who thanked Song for his hard work on Lee’s campaign.

Officials with Lee's campaign team shouted in joy and clapped loudly after seeing regional exit poll results in their favor and stayed rather calm and quiet when figures came out for conservative-friendly regions.