Following is a compilation of quotes from major news outlets.

“Both candidates’ disapproval ratings matched their popularity as scandals, mudslinging and gaffes dominated what was dubbed the ‘unlikeable election’” -- Reuters

“South Korea has one of the worst women‘s rights records in the developed world. And yet it is disgruntled young men who have been the focus of this country’s presidential election.” -- BBC

“Lee (Jae-myung) and his conservative opponent Yoon Suk-yeol, a former chief prosecutor and political neophyte, are neck and neck in a contest that has been defined by scandal, mudslinging, family drama and insinuations of corruption, criminality, nepotism, fraud, dictatorial tendencies, superstitious practices and abuse of office.” -- Financial Times 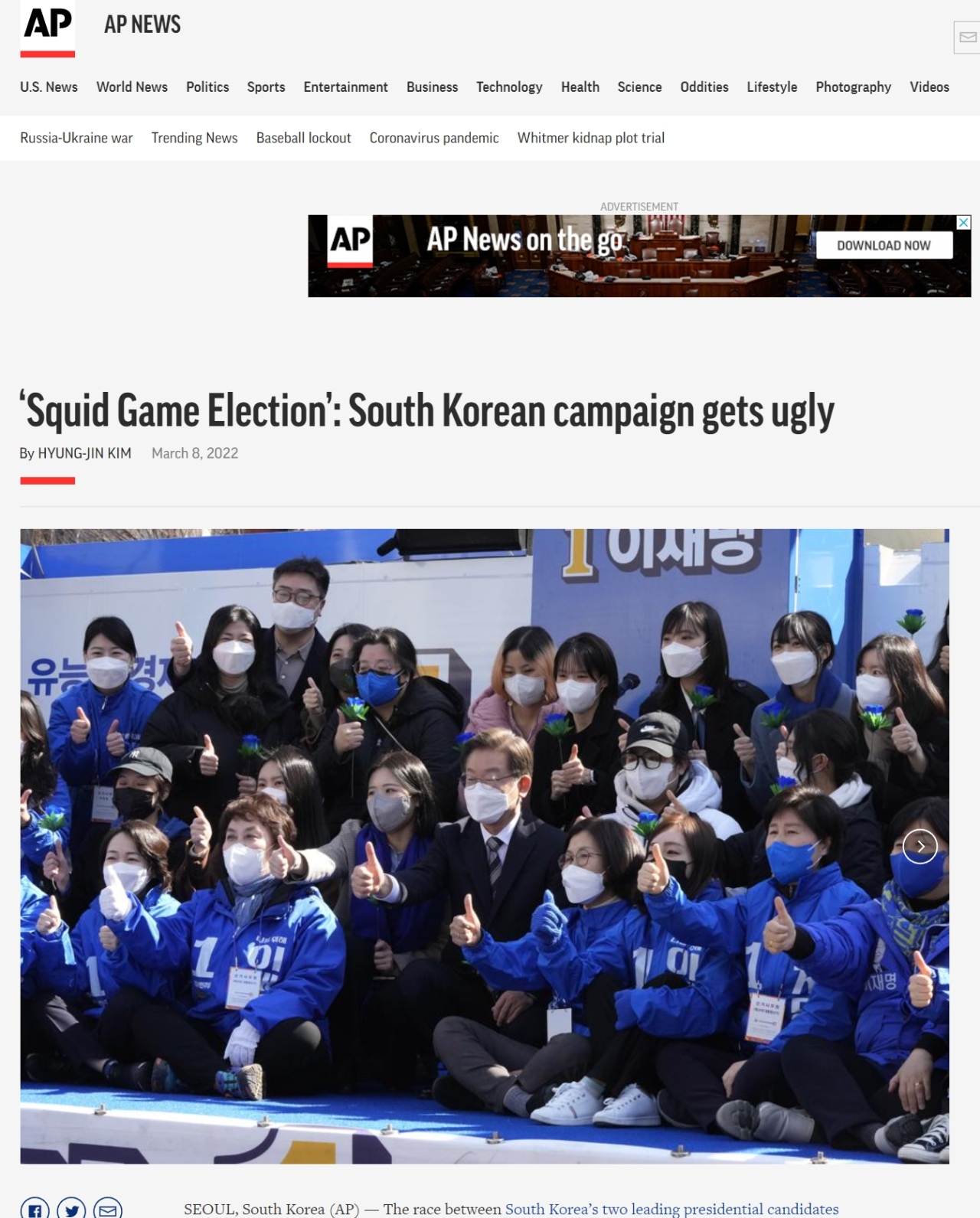 (A screenshot of The Associated Press's homepage showing an article about South Korean election)
“There’s widespread speculation that the loser will be arrested.” -- AP in an article titled “‘Squid Game Election’: South Korean campaign gets ugly”

“Meet South Korea’s swing voters: young, broke and angry. Frustrated over housing prices, a lack of job opportunities and a widening income gap, the once-reliable voting bloc is undecided and will most likely elect the next president.”-- New York Times

“Financially battered by the pandemic, people in their 20s and 30s have emerged as the biggest block of swing voters in the race with fewer precedents for how they will vote compared with older generations in the world’s fastest-aging nation.” -- Bloomberg

“The campaign, as is common in South Korea, has been tainted by scandals and mudslinging.” -- The Nikkei