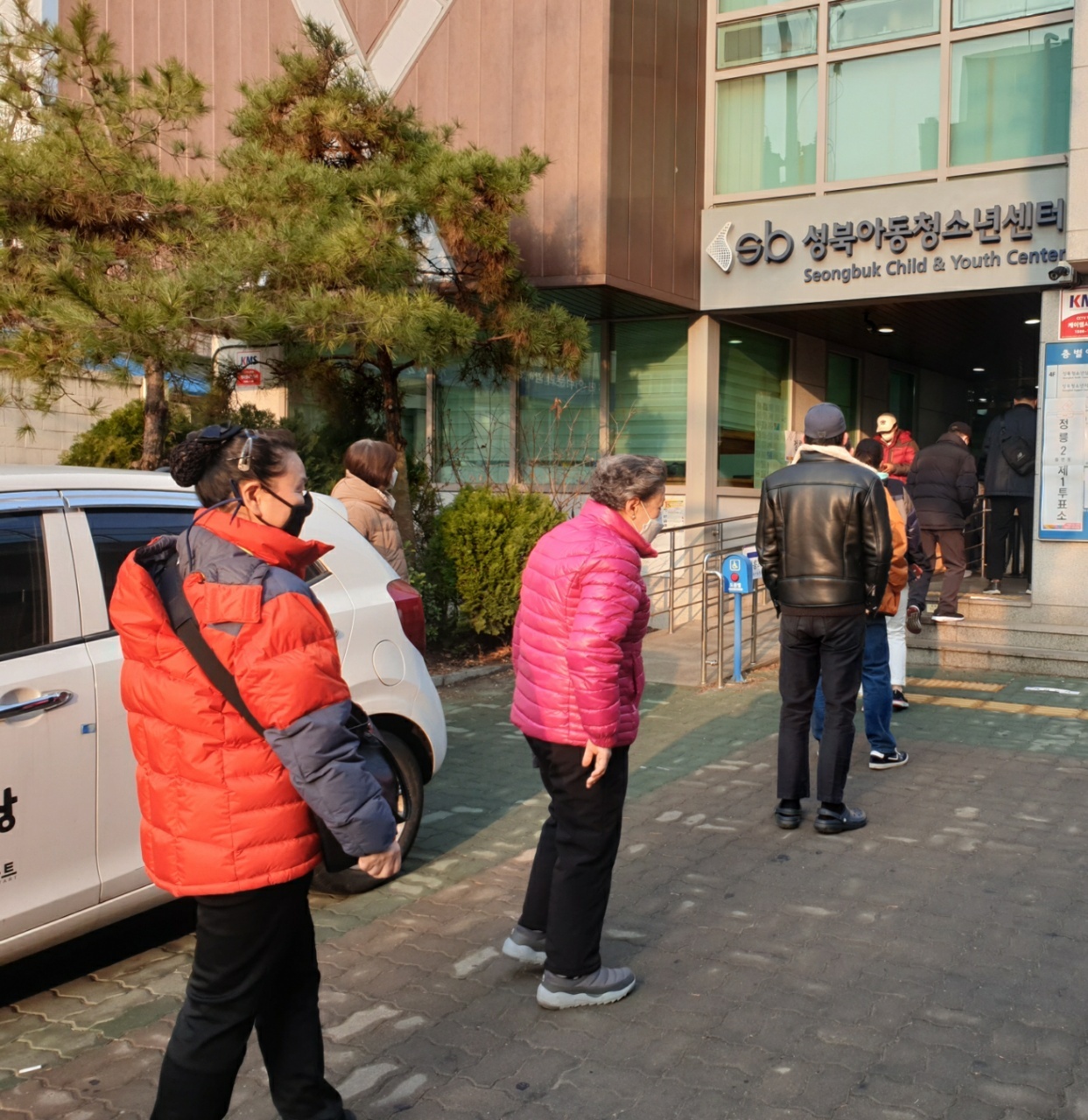 More than 20 people wait in line to cast their ballots at a polling station in Seongbuk Child and Youth Center, northern Seoul, on Wednesday at around 7:00 a.m. (Choi Jae-hee / The Korea Herald)
Election Day has arrived in South Korea, along with a sharp spike in the daily virus tally.

Amid reports of 342,446 new coronavirus cases in South Korea, voters across the country flocked to their local polling stations starting as early as 6 a.m. to elect the next leader of the country. Long lines snaked out the doors at schools and community centers, reflecting voters’ eagerness to have their voices heard.

Seongbuk Child and Youth Center in northern Seoul had more than 20 people in line to vote at around 7:00 a.m., an hour after polls opened nationwide.

Kim Hyun-hee, a 32-year-old nail artist, said she came early in the morning as she has customers to tend to. She is almost fully booked with appointments for the day.

“Many have made reservations for Election Day because it’s their day off so I dropped by the voting booth on my way to work. I voted for a candidate with realistic campaign promises, not exaggerated ones,” she told The Korea Herald.

Yoo Beom-jin, a 25-year-old student from Kookmin University, said, “I hope a new president can address the issue of home prices and unemployment, which are major challenges young people face today,” while waiting in line with his girlfriend. 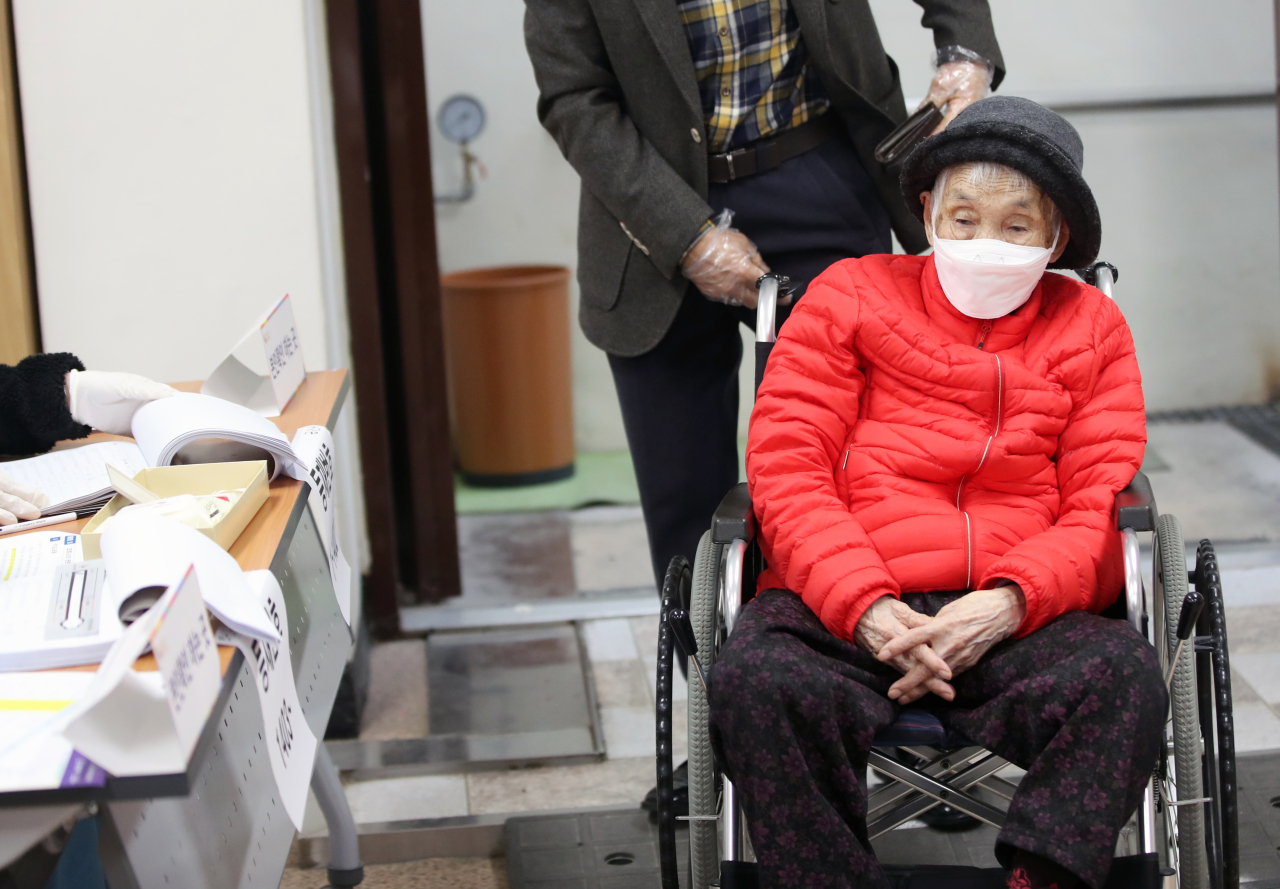 Park Myung-soon, 118, the oldest resident in Gwangju, enters a polling station in a wheelchair in Moonheung-dong, Buk-gu, on Wednesday at around 11:00 a.m. (Yonhap)
The omicron surge couldn’t stop Gong Hyun-bin, a 41-year-old man working at an insurance company in central Seoul, from coming out.

“I didn’t feel like standing in lines at polling stations crowded with people, but I came here to vote for the nation’s new leader, who can bring about political and economic reform. The COVID-19 crisis showed how important it is to have a competent state leader,” he said.

For Kim Hee-seung, 43, who cast her ballot in Huam-dong, in central Seoul‘s Yongsan-gu, where she operates a small cafe, the presidential candidates’ negative campaigns made it difficult for her to choose the right person to lead the nation.

“Sales gradually declined by more than 40 percent over the past two years due to the COVID-19 crisis. Looking at election campaigns filled with mudslinging instead of discussions to support virus-battered small merchants, I almost turned in a blank ballot. I wish the new president would stop clashing over some ideologies and concentrate on people’s livelihoods,” she said.

Nearly 37 percent of voters have already cast their ballot during the March 4-5 early voting period.