Here’s what the two candidates said on Facebook early Wednesday, as polls opened nationwide to elect the next president of South Korea. 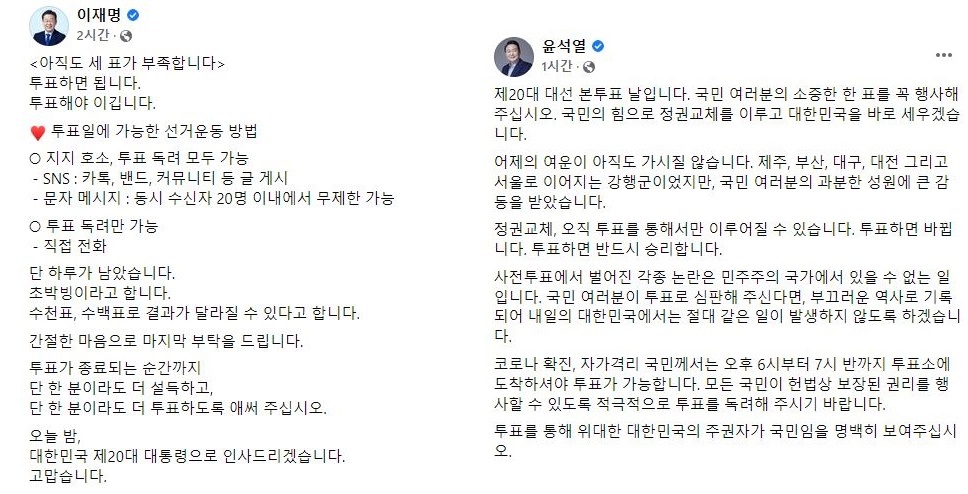 “There’s only one day left.

The election result is going to be neck and neck.

The outcome can be determined by only thousands, or even hundreds, of votes.

… Tonight, I will greet you as the 20th president of the Republic of Korea. Thank you.”

“I still have lingering feelings from yesterday. I was deeply impressed by your overwhelming support despite the rigorous schedule traveling throughout Jeju, Busan, Daegu, Daejeon and Seoul.