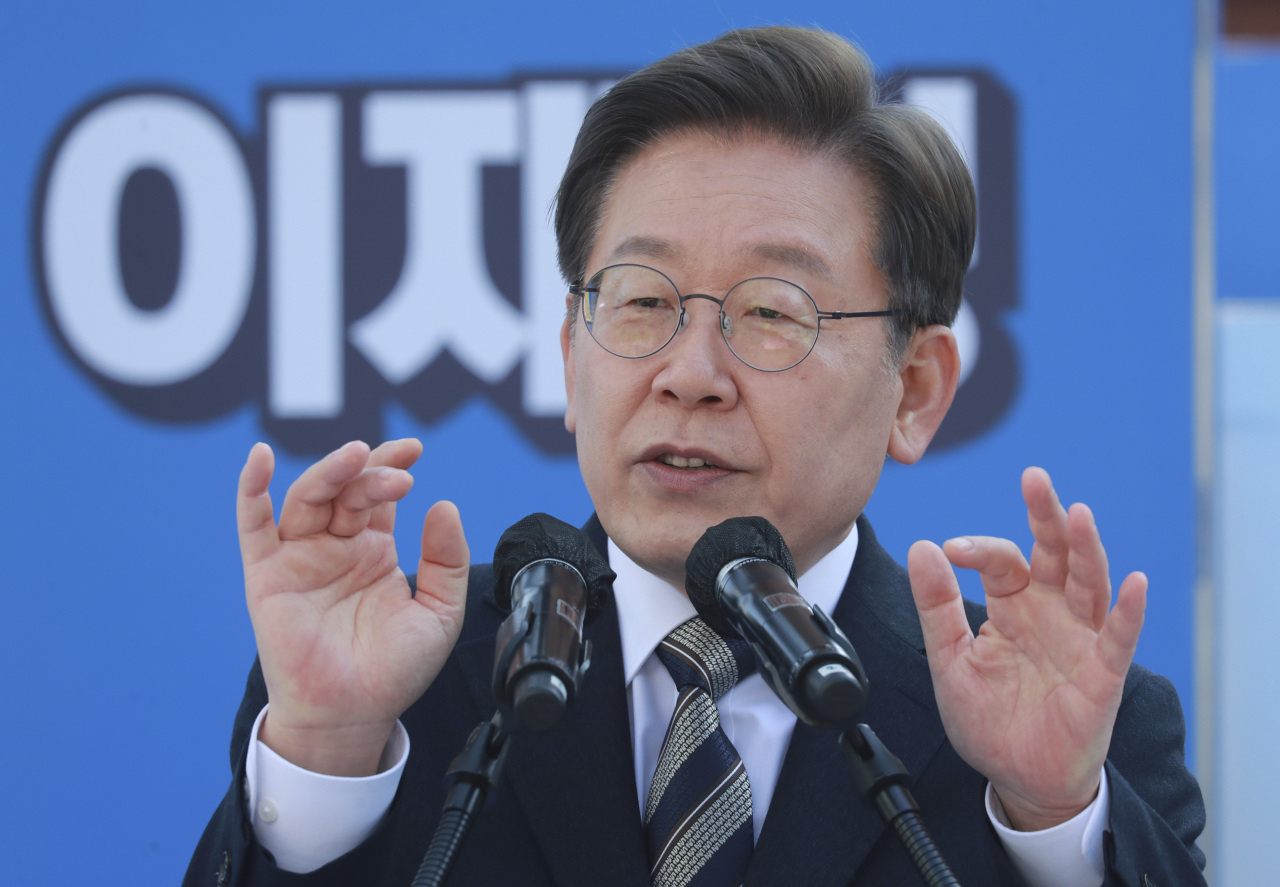 Ruling party presidential candidate Lee Jae-myung and his main opposition rival Yoon Suk-yeol were set to wrap up their hard-fought campaigns with final rallies in Seoul on the eve of the election Tuesday as both sides claimed they would ultimately emerge victorious.

The main opposition People Power Party (PPP) countered, however, that the high turnout demonstrated the public's yearning for a change of government.

On Tuesday, Lee will start the day with a news conference at the party headquarters, where he is expected to promote a message of national unity.

He will then hold campaign rallies in Seoul's financial district of Yeouido and in the surrounding cities of Goyang, Paju, Incheon and Gwangmyeong before returning to the capital for a finale event at Cheonggye Plaza, a location symbolic of the candlelight rallies that forced the ouster of former President Park Geun-hye in 2017.

DP Chairman Song Young-gil, who was attacked with a hammer while campaigning in Seoul the previous day, wrote on Facebook that he plans to leave the hospital Tuesday and join the final rally.

Lee's last event is scheduled for 10:30 p.m. in the Hongdae neighborhood.

Meanwhile, PPP candidate Yoon will swing through the nation from south to north and along the conservative strongholds of the eastern half.

Starting on Jeju Island, he will stump through major cities, including Busan, Daegu and Daejeon, before reaching Seoul for a finale event at Seoul Plaza, just 400 hundred meters away from Lee.

In Busan, he will be joined by Ahn Cheol-soo of the minor opposition People's Party, who dropped out of the race last week to merge campaigns with Yoon.

The PPP candidate's last stops will be near Konkuk University in Seoul's east and Gangnam Station in the south.

She will wrap up her campaign targeting young voters in the Hongdae area. (Yonhap)