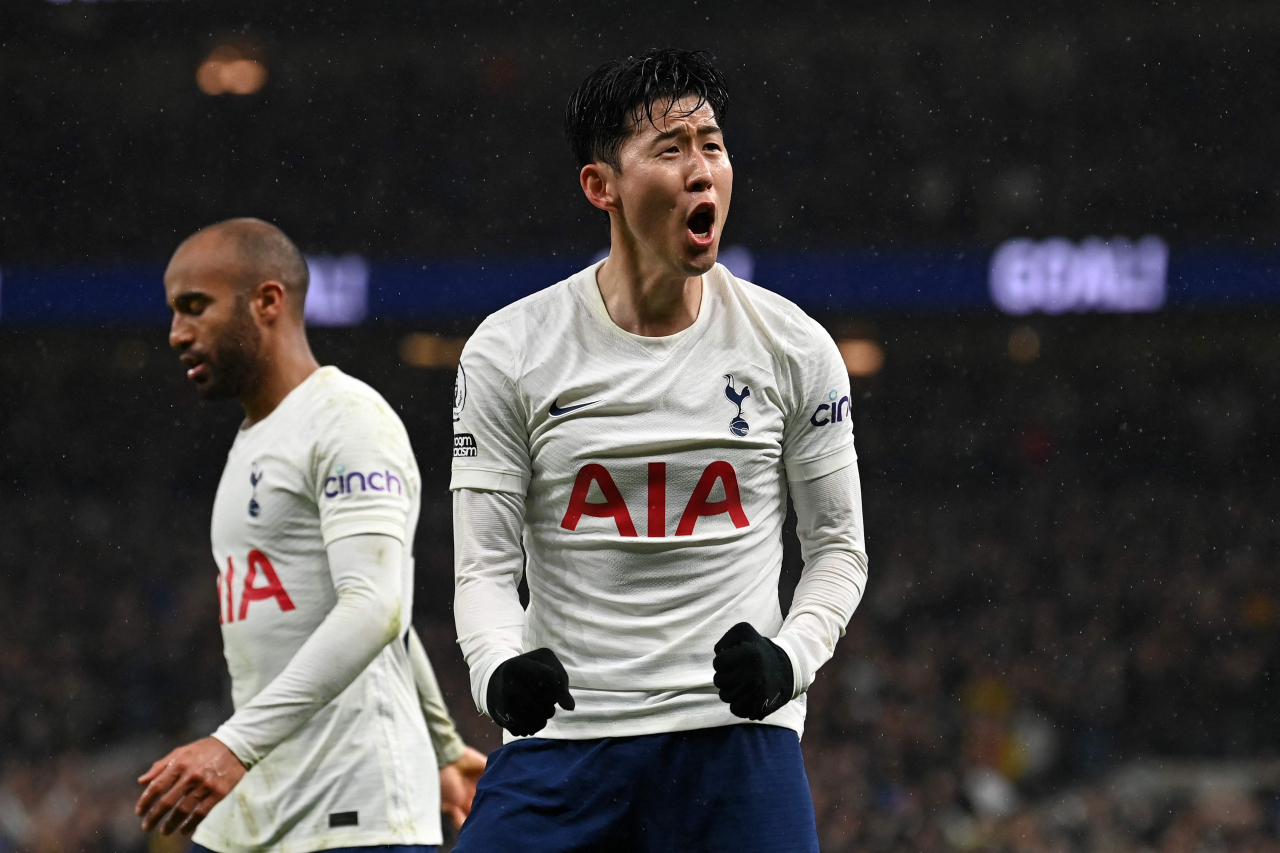 In this AFP photo, Tottenham Hotspur striker Son Heung-min (R) celebrates his goal during a Premier League match against Southampton at Hotspur Stadium in London on Feb. 9. (AFP-Yonhap)

Tottenham Hotspur's Son Heung-min has scored in his second straight Premier League match to maintain his team lead in the goal department.

Son netted his 11th goal of the 2021-2022 campaign in a 5-0 rout over Everton at Tottenham Hotspur Stadium in London on Monday (local time).

Son deftly cut in between two defenders to collect a pass from Dejan Kulusevski and then fired the ball from just inside the box past the diving goalkeeper Jordan Pickford.

Son was taken off in the 67th minute for Steven Bergwijn.

Son leads Tottenham with 11 goals and is in fourth place overall in the league, one behind the Liverpool duo of Sadio Mane and Diogo Jota, and eight back of another Liverpool star, Mohamed Salah.

Son had scored in his previous match against Leeds United on Feb. 26, reaching the double figures in goals for his sixth consecutive Premier League season.

With a dozen matches left this season, Son is six goals away from matching his career high set last season.

Following their second straight win, Tottenham are in seventh place with 45 points after 26 matches. West Ham United also have 45 points to rank sixth, but they have played two more matches than Spurs. (Yonhap)