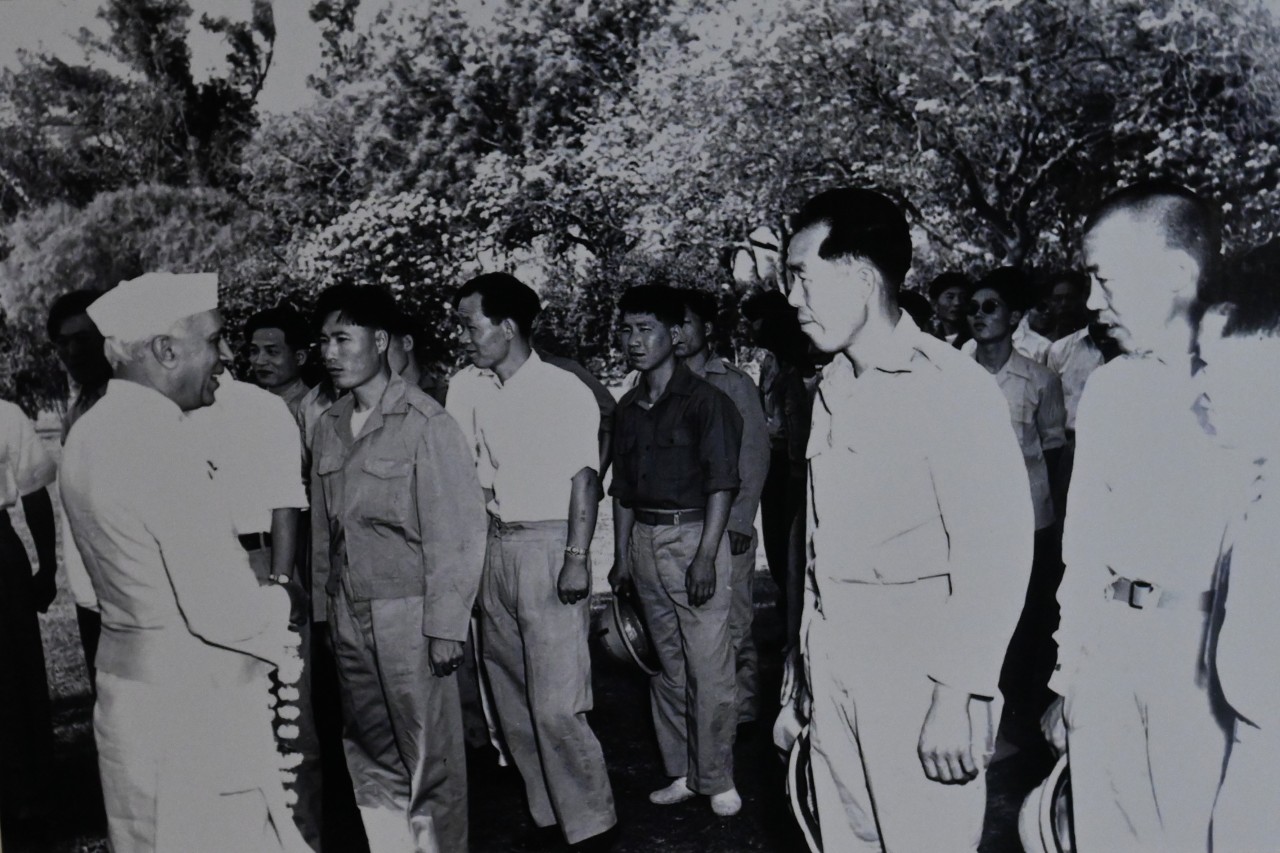 A photo exhibition shows India’s first prime minister, Jawaharlal Nehru, welcoming Korean War prisoners of war at his residence. (Embassy of India in Seoul)
The Indian Embassy in Seoul, the Ministry of Patriots and Veterans Affairs and the War Memorial of Korea co-hosted a photo exhibition on India’s humanitarian assistance during the Korean War at the War Memorial in Seoul on Thursday.

“India sent the largest number of medical personnel of 627 people among the seven states along the medical assistance during the Korean War, treating 222,000 Koreans, UN military members and civilians,” Hwang recalled, saying photographs shared in the exhibition show the selfless sacrifice made by Indian medical forces who cared only for peace on the Korean Peninsula and beyond. 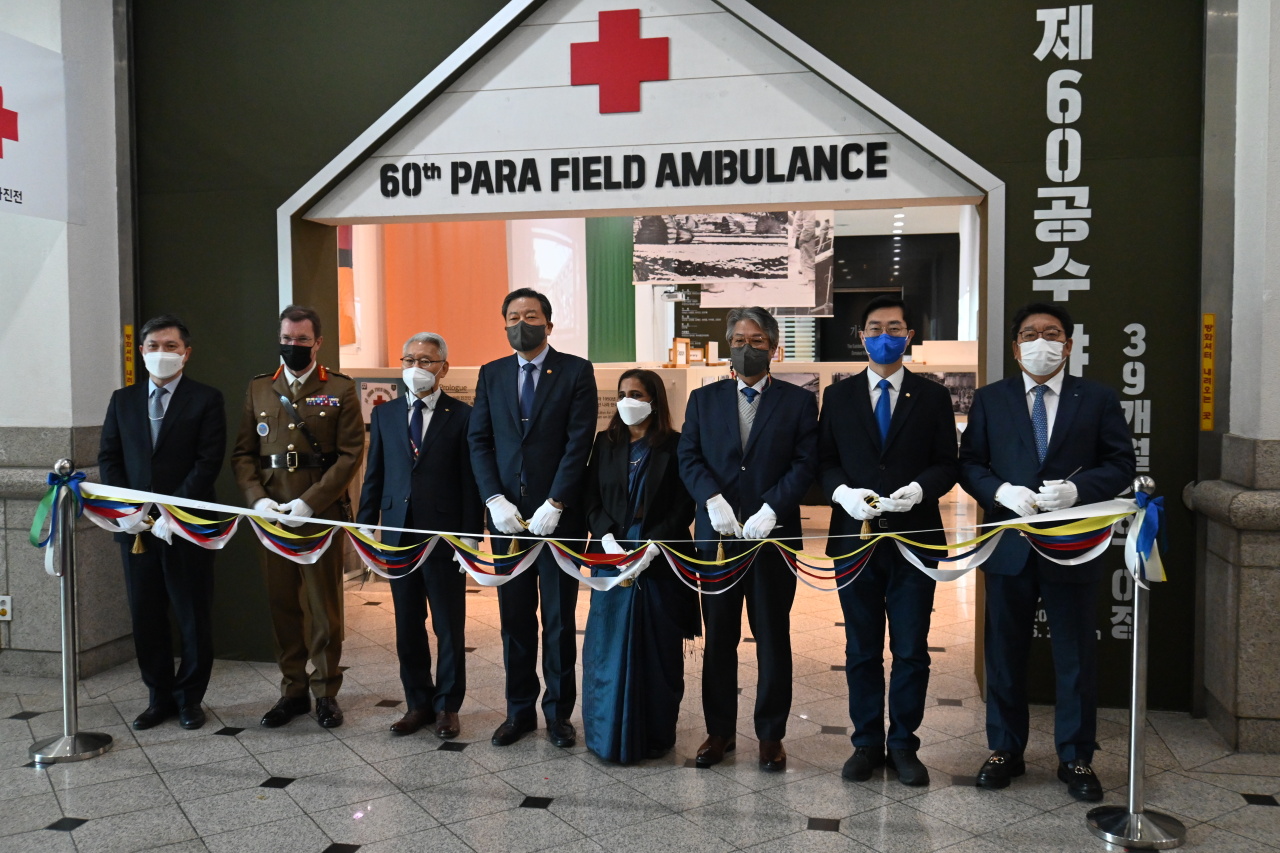 Chief guests inaugurate a photo exhibition on India’s humanitarian assistance during the Korean War at the War Memorial of Korea in Seoul on Thursday. (Sanjay Kumar/The Korea Herald)
“It’s the symbol of humanity, solidarity and humanitarianism borne in the battlefield,” added Hwang, stressing Korea will never forget and will always respect the human lives and humanity shown by the 22 states offering support in the Korean War, including Indian forces.

Delivering congratulatory remarks, Indian Ambassador to Korea Sripriya Ranganathan remembered the humanitarian contributions of the 60 Para Field Ambulance Unit, led by Korean War Hero Lt. Col. Rangaraj and Col. Unni Nair, for whom a memorial has been erected in Daegu.

The 60 Para Field Ambulance Unit provided medical support and treated over 222,000 patients, including civilians, during the Korean War and earned numerous awards and gestures of appreciation from the Korean government, UN and other agencies for its efforts.

Rangathan, however, said that few in Korea know about India’s leadership within the framework of the Neutral Nations Repatriation Commission and India‘s remarkable role played by the custodian forces of India in resolving issues with prisoners of war.

The NNRC was created in 1953 to repatriate thousands of prisoners of war.

A press statement from the Indian Embassy read that custodian forces from India comprising 5,230 personnel led by Maj. Gen. S.P.P. Thorat came to Korea and looked after the complex and sensitive issue of repatriation of over 25,000 POWs.

“The exhibition is an effort to bridge an information gap,” said the Indian ambassador.

According to Ranganathan, the Indian Embassy contacted India’s Korean War veterans and their immediate family members to record their oral histories and gathered documents, photos and a war diary.

“We honor our brave soldiers who willingly gave their lives in the cause of peace,” said Ranganathan.

Meanwhile, the inauguration was attended by dignitaries from the Blue House, Ministry of Foreign Affairs, Ministry of National Defense, National Assembly, think tanks, journalists and the diplomatic corps.

The exhibition is open to the public from Feb. 25 to June 22.