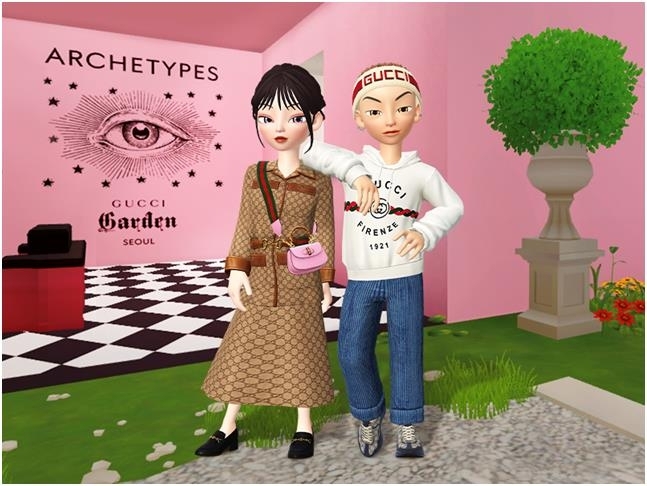 The fashion house has opened a virtual space on Zepeto, where users can enjoy a metaverse version of “Gucci Garden Archetypes,” an ongoing multimedia exhibition in Seoul.

Gucci and Zepeto, following its first partnership last year, agreed to bring nine out of 13 offline exhibition spaces to Zepeto. Users who appear as avatars can imitate the poses of large figure models and enjoy treasure hunt events while interacting with each other in the virtual space, according to the fashion house.

Celebrating the metaverse exhibition, Gucci will sell a virtual collection of 16 fashion items including clothes, hand bags, shoes and accessories.

“With the second collaboration with Gucci, users can now decorate their avatars with 88 Gucci items (including user-made Gucci inspired items),” a Zepeto official said.