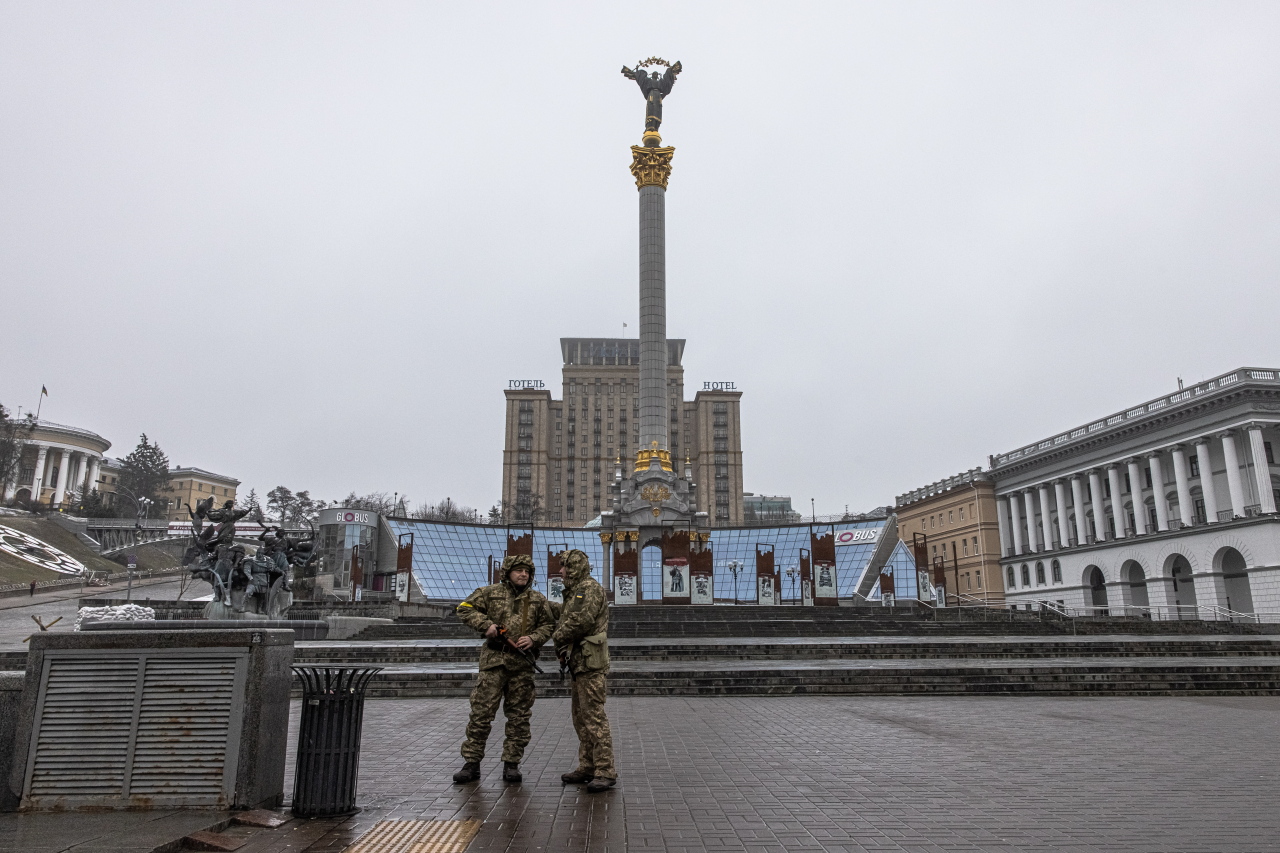 Ukrainian military members stand guard at Independence Square, in Kyiv, Ukraine on Wednesday. Russian troops entered Ukraine on February 24 prompting the country's president to declare martial law and triggering a series of severe economic sanctions imposed by Western countries on Russia. (EPA-Yonhap)
South Korea has relocated its embassy in Ukraine from the capital Kyiv to Chernivtsi, a city closer to the border with Romania, the Foreign Ministry said Thursday, as Russian troops continue to close in on the capital and attacks across the country intensify.

Ambassador Kim Hyung-tae and all remaining embassy staff left the capital and arrived in Chernivtsi on Wednesday night local time, along with six South Korean nationals who expressed the intent to evacuate, a ministry official in Seoul said. The diplomats are preparing to resume operations at the new location.

The ministry had earlier announced that its mission was moving out from the capital as it became “difficult to continue embassy operations and guarantee the staff’s safety due to heightening military threats in Kyiv.”

The trip from Kyiv to Chernivtsi -- which usually takes five hours -- took about 12 hours due to traffic and checkpoints, according to the official. The embassy staff put a Korean flag in front of their car, which helped them to secure safety from threats and pass checkpoints during their trip.

Chernivtsi is where Seoul has been operating a temporary office to support South Korean nationals in evacuating from Ukraine, along with another office in Lviv, near the Polish border.

As of Thursday, there were 40 Korean nationals remaining in Ukraine, with 14 of them preparing to evacuate, while the other 26 nationals have refused to leave, saying they have made their homes in the European nation.