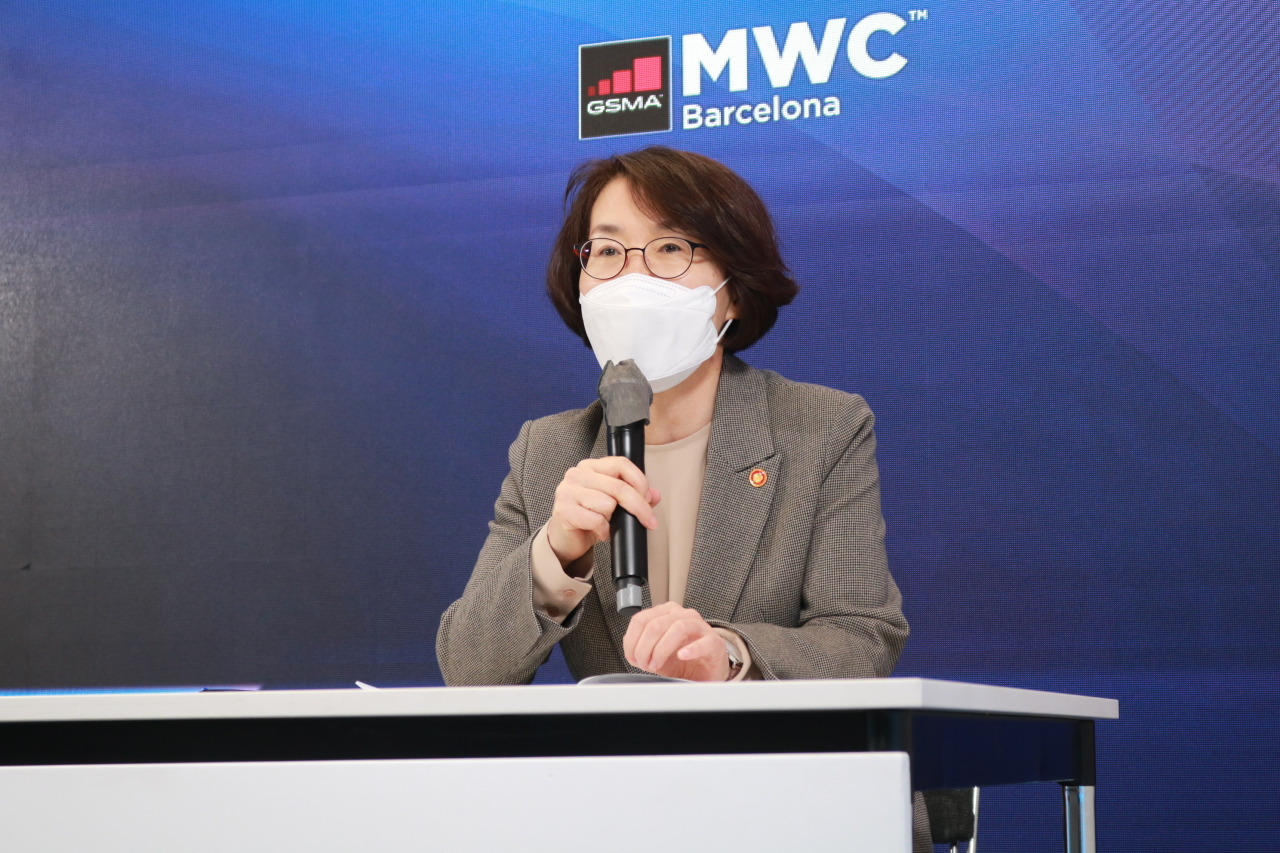 Science Minister Lim Hye-sook speaks during a MWC 2022 press conference held in Barcelona, Spain. (Joint Press Corps)
BARCELONA, Spain -- The South Korean Minister of Science and ICT Lim Hye-sook said the government signed a memorandum of understanding with GSMA, host of the Mobile World Congress 2022, to support mutual interests in the metaverse and its ecosystem development.

Under the agreement, the ministry will share information in regard to the progress of the metaverse ecosystem in Korea with GSMA. In return, GSMA is set to present Korea to its members and developers around the world so that Korean businesses can seek further business opportunities.

“I thought the concept of metaverse was elusive and too distant from our daily lives, but I got to learn that the metaverse is approaching our daily lives in diverse ways,” Lim told reporters during a press briefing on the sidelines of the MWC 2022 in Barcelona, Spain.

Lim said she experienced a metaverse platform, apps that work on the metaverse, and head-mounted display headsets at the four-day convention.

During her visit to Barcelona, Lim met key representatives of Korean exhibitors. They included Samsung Electronics Chief Executive Officer Han Jong-hee and SK Telecom President and CEO Ryu Young-sang, among others. She also met her counterparts from the United States, Finland and Indonesia.

Lim said she pledged support for a subway Wi-Fi solution, including a wireless backhaul technology deployed in Korea, in a talk with her Indonesian counterpart Johnny Plate.

Also, the concept of a “joint rural 5G network,” a network sharing scheme of Korea’s three telecom carriers SK Telecom, KT and LG U+ for those in remote areas, was shared with Jessica Rosenworcel, chairwoman of the US Federal Communications Commission, Lim added.