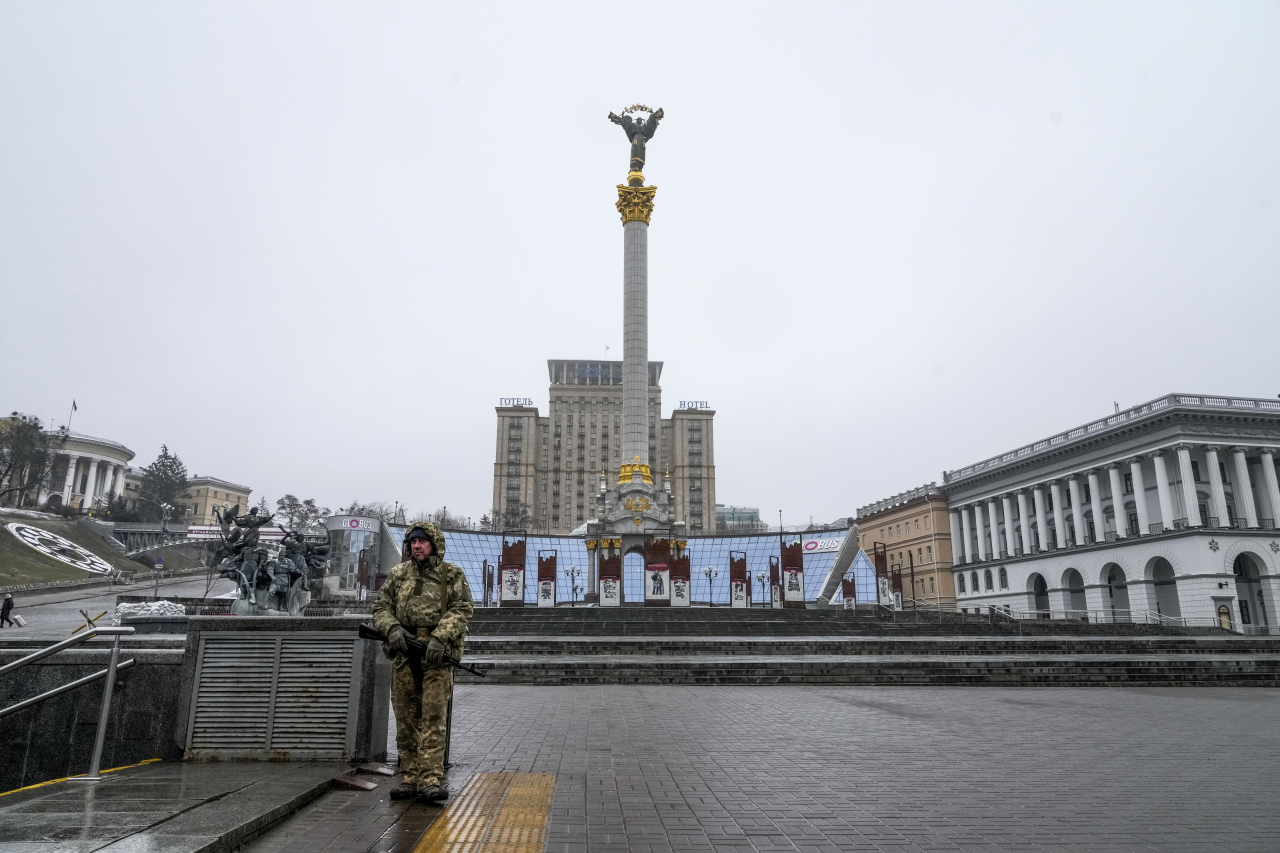 An armed man stands at the empty Independent Square (Maidan) in the center of Kyiv, Ukraine, Wednesday, March 2, 2022.
South Korea is moving its mission in Ukraine from Kyiv to a "safe area" in the country as Russia is stepping up military actions in the country, Seoul's foreign ministry said Wednesday.

Ambassador Kim Hyung-tae and other embassy staff were moving to the new location along with six South Korean nationals who expressed intent to move out of the city, according to the ministry. It was not immediately clear to which city the embassy is relocating.

The decision was made as it became "difficult to continue embassy operations and guarantee the staff's safety due to heightening military threats in the city of Kyiv," the ministry said in a statement.

The ministry said its temporary offices in Lviv, near the Polish border, and Chernivtsi, near Romania, will continue operations to support South Korean residents in the country.

As of Tuesday, 40 Korean nationals had been in the European country, with 26 of them wishing to remain there.

"The embassy will resume operations in a safe area in Ukraine once the situation stabilizes," the ministry said. (Yonhap)