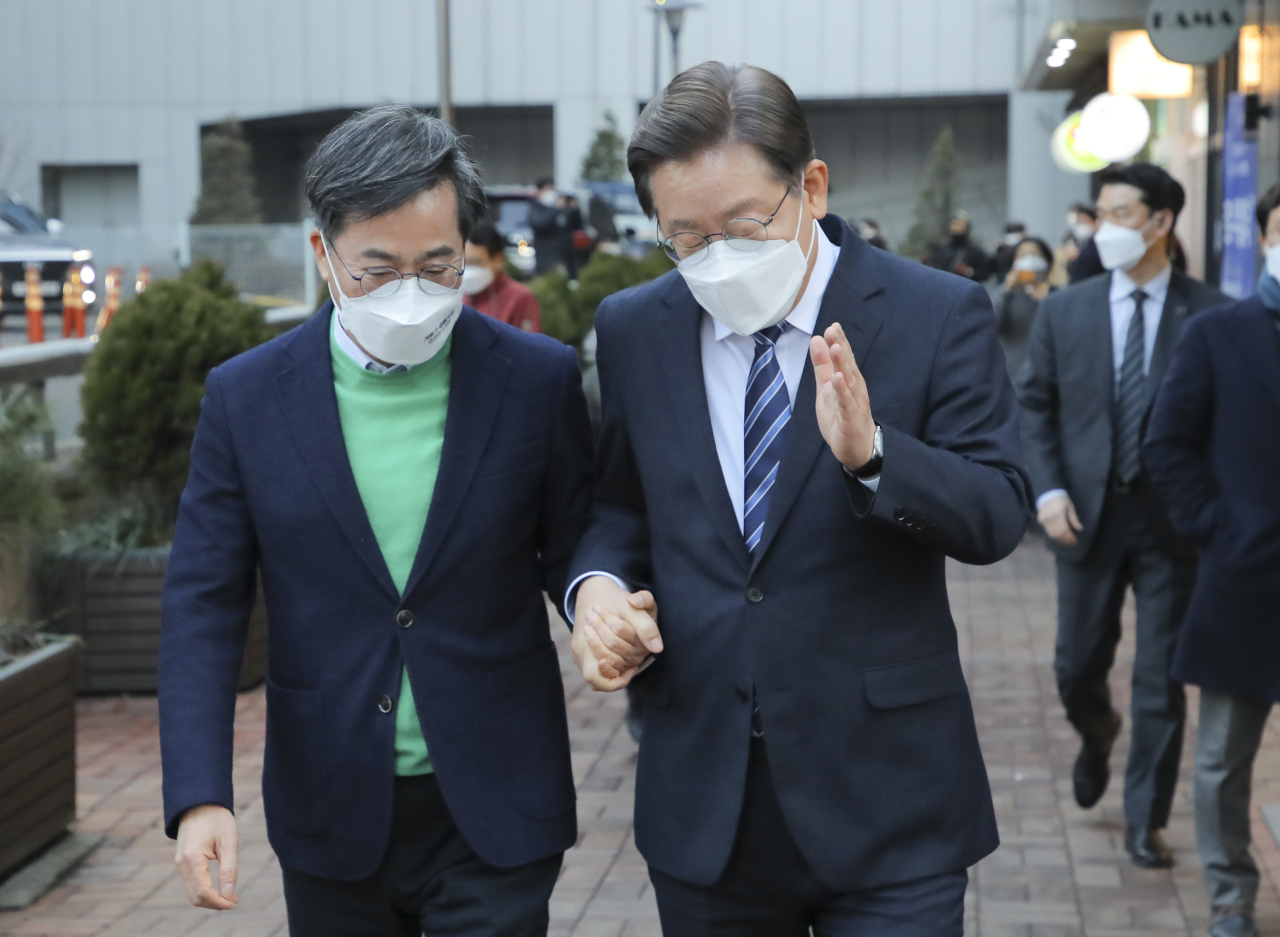 Lee met with Kim, who served as the finance minister under the incumbent Moon Jae-in administration, and both agreed to together pursue reforms in the electoral and political systems, according to a joint statement.

The two candidates said they will reduce the presidential term for the 20th president by one year to conduct the next presidential election in 2026, in the same year as the regional election.

They also said they will come up with a new draft to amend the Constitution. Under the proposal to reorganize the power structure, it would help redistribute the power that is currently concentrated in the hands of the president.

While taking the action in support of Lee, Kim did not say he would merge campaigns with Lee and quit the presidential race.

The ruling Democratic Party was also cautious about the possibility of Kim unifying candidacies with Lee, saying they are still considering the option, party chief Rep. Song Young-gil said.

Kim was the first minister of economy and finance and deputy prime minister of South Korea for the Moon Jae-in government until December 2018.

As a minor candidate with a weak support base, Kim has logged a support rating of less than 0.1 percent in public polls.