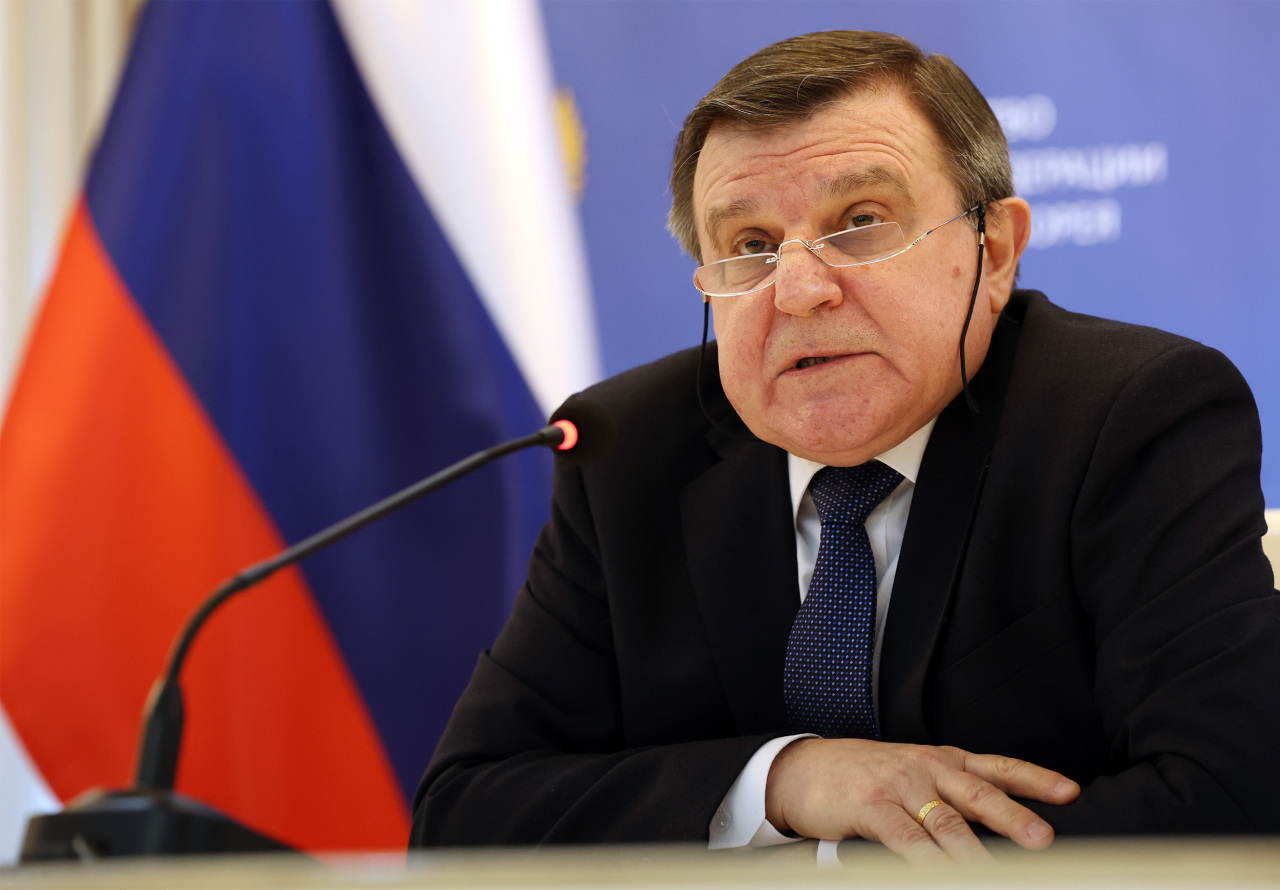 Ambassador Andrey Kulik speaks at a press event held at the embassy of Russia in Seoul, Monday. (Yonhap)

Russia's top envoy to South Korea warned the two countries' cooperative ties could "change course," after Seoul announced its decision Monday to join a sanctions campaign to hold Moscow accountable for its invasion of Ukraine.

Ambassador Andrey Kulik made the remarks hours after Seoul's foreign ministry announced its decision to bar the exports of strategic materials to Russia and join the multinational move to exclude the country from the SWIFT global payment network.

"The decision is deeply regrettable," Kulik told a press conference. "Russia-South Korea relations have developed only in a positive way in the past 30 years. The upward trajectory, I think, will now change course."

The ambassador accused the United States of using Ukraine as a "tool" to "suppress Russia's development" and warned of consequences facing countries joining anti-Moscow sanctions.

"Countries taking part in sanctions against Russia will not only face considerable damage in bilateral ties but are also participating in illegal acts led by the Western countries," he said.

He also said the sanctions will "be of no help" for long-sought three-way cooperative projects involving the two Koreas and Russia.

"Cooperative projects among South and North Korea, and Russia are indeed closely related to resolving the nuclear issue, inter-Korean relations, peace on the Korean Peninsula, security and prosperity," he said. "With that in mind, it makes me doubt if South Korea really needs all that."