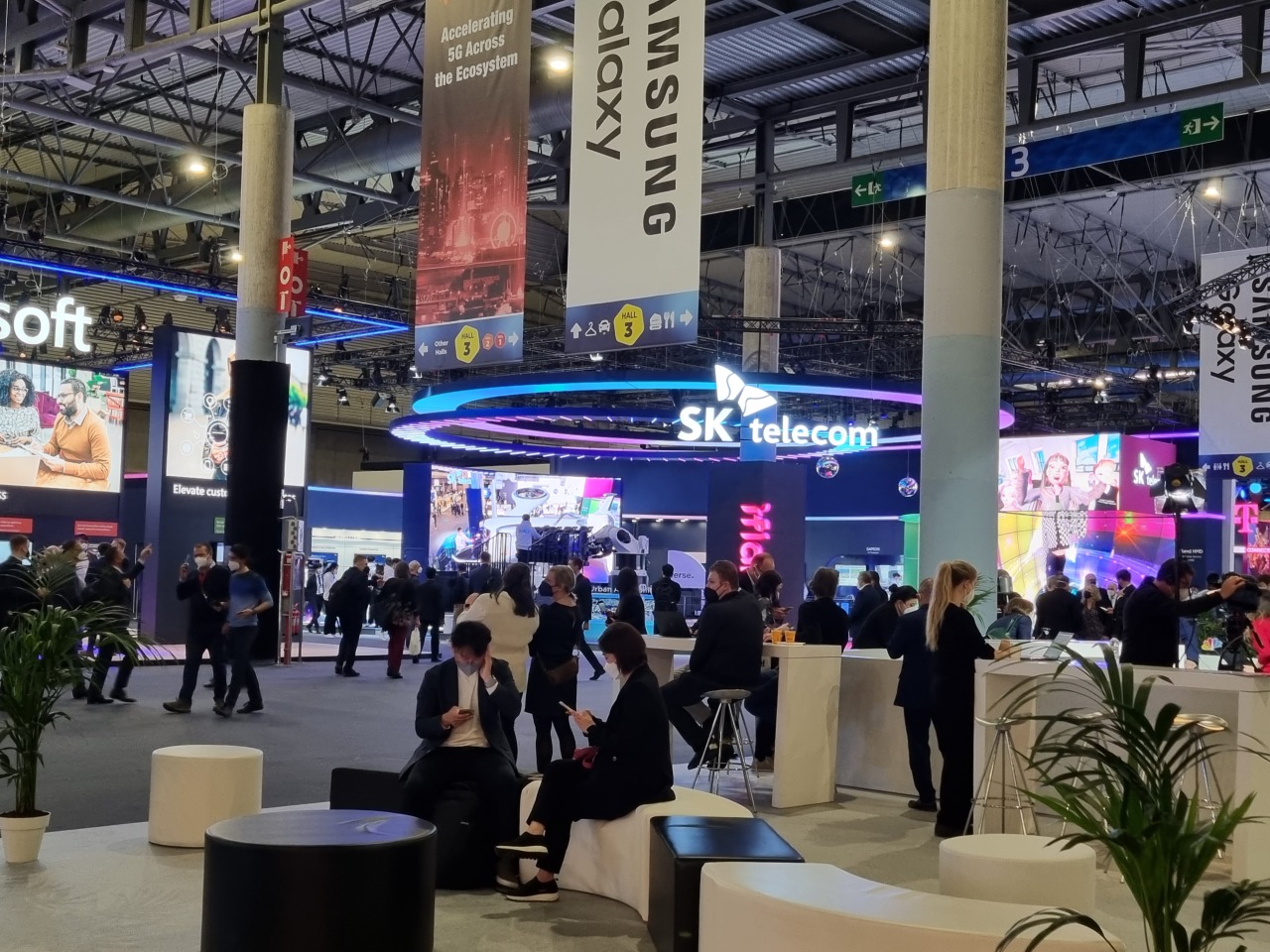 The annual convention was canceled in 2020 due to the coronavirus pandemic, and in 2021, it was a hybrid event, with most of the product launches held online. This year’s MWC, themed “Connectivity Unleashed,” is back in full swing, with some 2,000 exhibitors joining from 183 countries.

As always, South Korea is one of the key participating countries, as 53 companies, including Samsung and the nation’s top three telecom carriers, as well as 51 tech startups have set up their exhibition booths at the event.

Samsung, one of the largest exhibitors, showcases its latest Galaxy devices from smartphones to laptops on a 1,745 square-meter exhibition booth. Its new Galaxy Book2 Pro laptop, the outcome of an extensive partnership with Intel and Microsoft, made its global debut at the show in the day.

The hot-selling Galaxy S22 is also on display. Preorders for the new flagship phone have more than doubled globally, according to Samsung. In Korea alone, the phone sold some 300,000 units on the first day of release, a record figure here.

Samsung’s top executives, including CEO and Vice Chairman Han Jong-hee and mobile chief Roh Tae-moon, are also visiting the show in-person to meet business partners in Europe and inspect the business sentiment there.

SK Telecom’s exhibition booth is themed on the metaverse that connects the virtual world with reality. The telecom carrier will launch the global version of its metaverse platform ifland during the MWC, along with its vision for global expansion and partnership.

Other future technologies on AI chips, quantum cryptography and urban air mobility are showcased. It is the first time for its new AI chip brand Sapeon to be introduced in Europe since its debut at the Consumer Electronics Show in Las Vegas in January.

KT is set to boast its robotics technologies, debuting its autonomous virus-killing robot that is capable of sterilizing airborne bacteria and viruses using air plasma. Also on display is an AI-based wheelchair that features remote control and assistant autonomous driving.

Its AI Contact Center introduces a number of AI solutions like an automated customer service and other use cases such as road traffic analysis and network quality management.

LG Uplus is focused on K-contents that are gaining huge popularity around the world. Its 5G test zone allows visitors to enjoy some 3,000 media contents, with some of them providing an extended reality experience.

The firm said other business meetings are also planned to be held to sell its 5G services and content products. Its 5G-related sales have exceeded $23 million so far.

In the meantime, Science and ICT Minister Lim Hye-sook is scheduled to deliver a keynote speech on Thursday at a session along with a discussion with industry people on opportunities and challenges in the mobile sector in the aftermath of the pandemic.