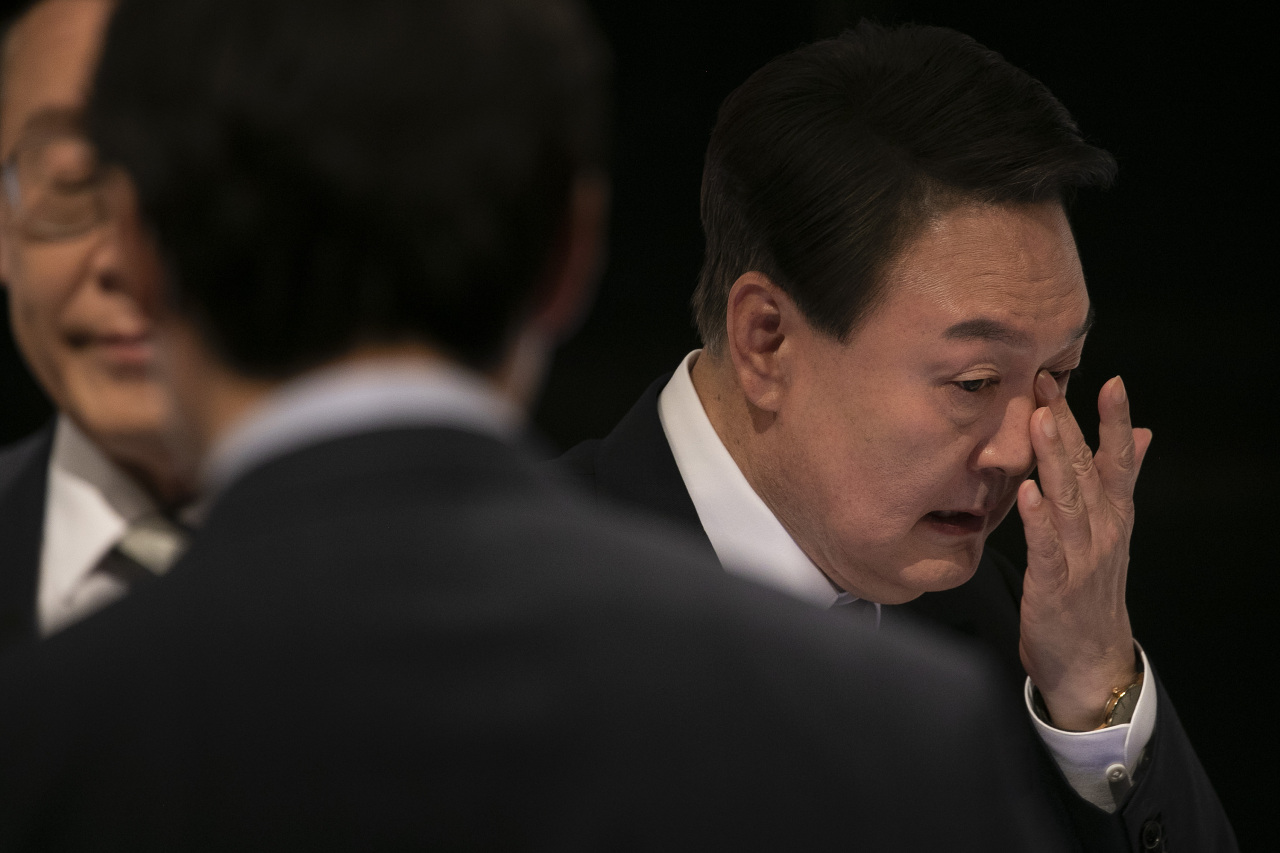 Over the topic of establishing peace on the Korean Peninsula and unification with North Korea, Sim criticized Yoon’s stance on South Korea’s possible participation in the US-led missile defense system and installing a second Terminal High Altitude Area Defense battery.

“The effect of the additional THAAD is unclear, but the fallout in relations with China is obvious,” Sim said. “We should learn from the Ukraine situation. If the strategic balance in Northeast Asia collapses, we can become like Ukraine in Asia.”

Lee also joined the attack, saying, “War is decided by politicians, and it is young people who die in war.”

“It is happening in Ukraine,” he said. “A six-month novice politician became president. Because he provoked Russia by making public that his nation would join NATO, the two countries collided.“

He said Russia’s invasion deserves condemnation, but it is a stark example of a diplomatic failure that leads to war.

Yoon refuted their claims, saying, “Peace is maintained only when there is a certain deterrent force.”

“If we could deter the North Korean aggression in 1950 with our own strength and military power, we would not have suffered a tragedy like the Korean War,” he said.

Yoon said sustainable peace would not be achieved by being “condescending and submissive” to others. It is a very symbolic representation of how the Munich Agreement was violated by the Nazis and Hitler just before World War II, he said.