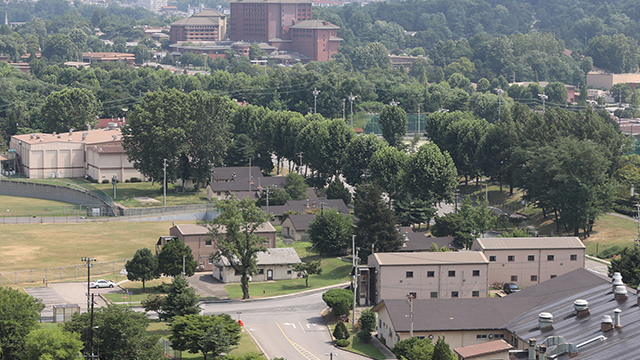 (Yonhap)
South Korea and the United States have reached an agreement for the US to return 165,000 square meters from the Yongsan US Base in Seoul and Camp Red Cloud, a US Army camp located in Uijeongbu city, officials said Friday.

Im Sang-woo, director of the North American Bureau of the Ministry of Foreign Affairs and joint chairperson of the Korea-US Status of Forces Agreement, and Scott Pleus, deputy commander of the US Forces Korea, adopted a joint statement containing these details by phone on the day.

At the meeting, the two sides reaffirmed that they would work closely together to complete the return of the Yongsan Garrison on a significant scale by early this year.

Yoon Chang-ryul, the first deputy director of the Office for Government Policy Coordination, said, “We plan to receive 165,000 square meters first today, and then go through the relevant procedures in the first half of this year to receive a substantial amount of additional refunds.”

He expects that the construction of Yongsan Park, which will be the first national park in Korea, will gain momentum.

The Korean government plans to create an e-commerce logistics complex on the Camp Red Cloud site in Uijeongbu City.

This is the second round of returns from the US of Yongsan Base, after it returned 53,418 square meters of two areas on the base, including a sports field and a softball stadium in December 2020.

Korea and the US agreed to gather opinions on maintaining and managing US bases in a cleaner and safer manner and continue consultation efforts with an emphasis on strengthening the environmental management of bases in use. They agreed to share environmental information on US military bases, improve the Korea-US response system in case of an accident, and refine procedures for accessing US bases, in line with the US–South Korea Status of Forces Agreement environmental document.