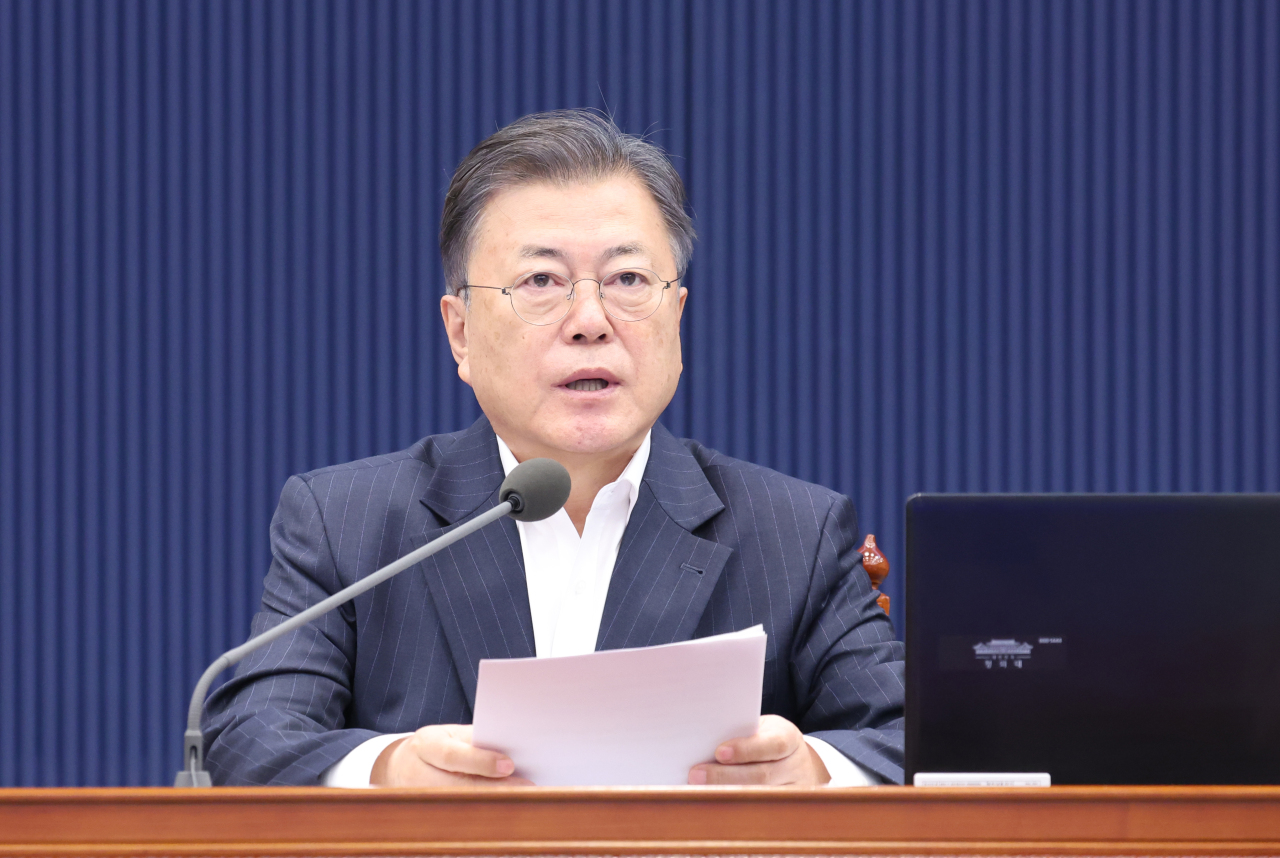 Moon delivered these instructions at the Cheong Wa Dae meeting in the morning, spokesperson Park Kyung-mi said in a written briefing on the day.

His remarks are related to the safety of Korean residents in Ukraine and the economic impact on the world and Korea.

The government is currently holding daily pan-government emergency task force meetings to check the situation related to the Ukraine crisis.

To respond to the Ukraine crisis, various meetings were held on Friday, including a meeting of related ministers presided over by the Deputy Prime Minister of Economy Hong Nam-ki, a meeting with experts on foreign economic issues, and a financial market inspection meeting presided over by the Financial Services Commission Chairman Koh Seung-beom.

On the same day, First Vice Foreign Minister Choi Jong-kun had a phone call with US Deputy Secretary of State Wendy Sherman to discuss the current situation in Ukraine, according to the ministry.

The two vice ministers strongly condemned the Russian invasion of Ukraine and called for an immediate halt to it. They reaffirmed their unwavering support for Ukraine‘s sovereignty, territorial integrity and independence.

Deputy Minister Sherman expressed appreciation for Korea’s strong will for cooperation on the current situation while closely coordinating with the international community.