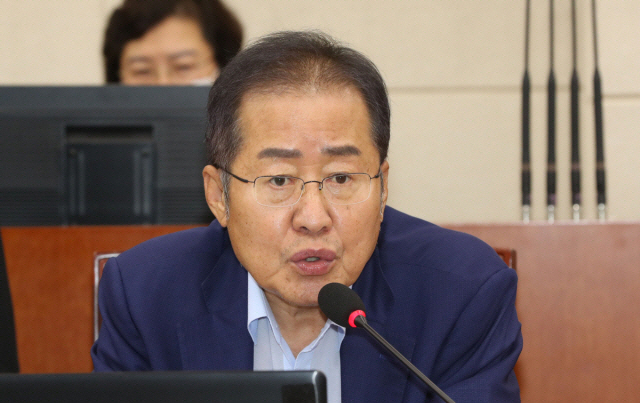 When asked by a supporter how he would have reacted to the current situation if he had been President of Ukraine, the senior politician and former presidential candidate replied, “The Ukraine crisis was caused by its denuclearization after independence.”

Ukraine signed the Budapest Memorandum with the US, Britain and Russia in 1994 and declared giving up nuclear weapons in exchange for the promise of security from the international community.

When asked what he thinks about the Russia-Ukraine war, Hong described it as “the sorrow of a non-nuclear state.”

“It is a clear war crime that violates the United Nations Charter as well as various international laws,” Sim said in a Facebook post. “As a presidential candidate of Korea, I firmly oppose these inhumane war crimes and urge Russia to stop its acts of war immediately.”

The international community should immediately set up urgent talks to stop Russia’s aggression and come together for world peace and stability, she said.

Ahn Cheol-soo, a presidential candidate from the People’s Party, called for more active support for Ukraine from the Korean government.

“The world is concerned about Russia’s military actions and strongly condemns it,” Ahn said. “If Korea is a country that pursues and respects world peace, it should act responsibly in solidarity with its allies and the world‘s democracies to support Ukraine, which is under undue attack.”

He urged politicians and the Moon Jae-in administration to make quick and responsible decisions and actions.