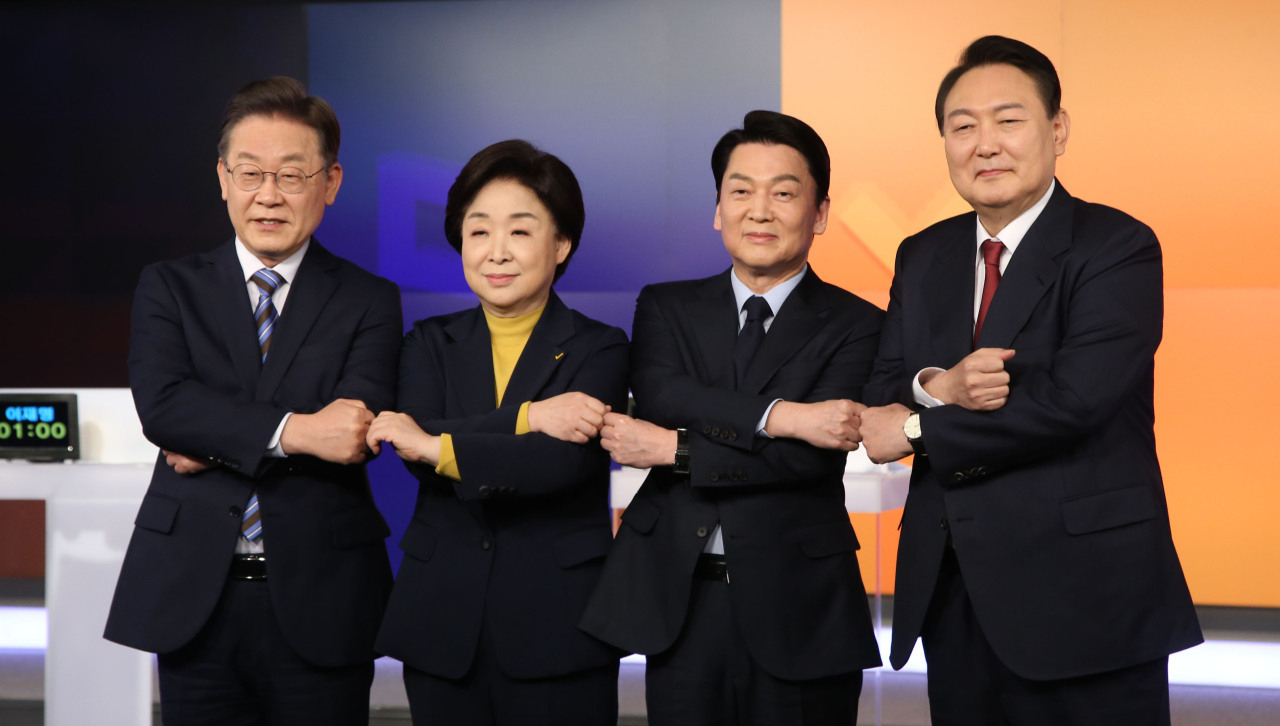 Lee of the liberal Democratic Party gained 4 percentage points from last week, while Yoon of the conservative People Power Party lost 4 percentage points, according to Gallup Korea, which polled 1,000 adults from Tuesday to Thursday.

Ahn Cheol-soo, the candidate of the minor opposition People's Party, came in third with 12 percent, followed by Sim Sang-jeung of the minor progressive Justice Party at 4 percent.

Seven percent of the respondents withheld their choice.