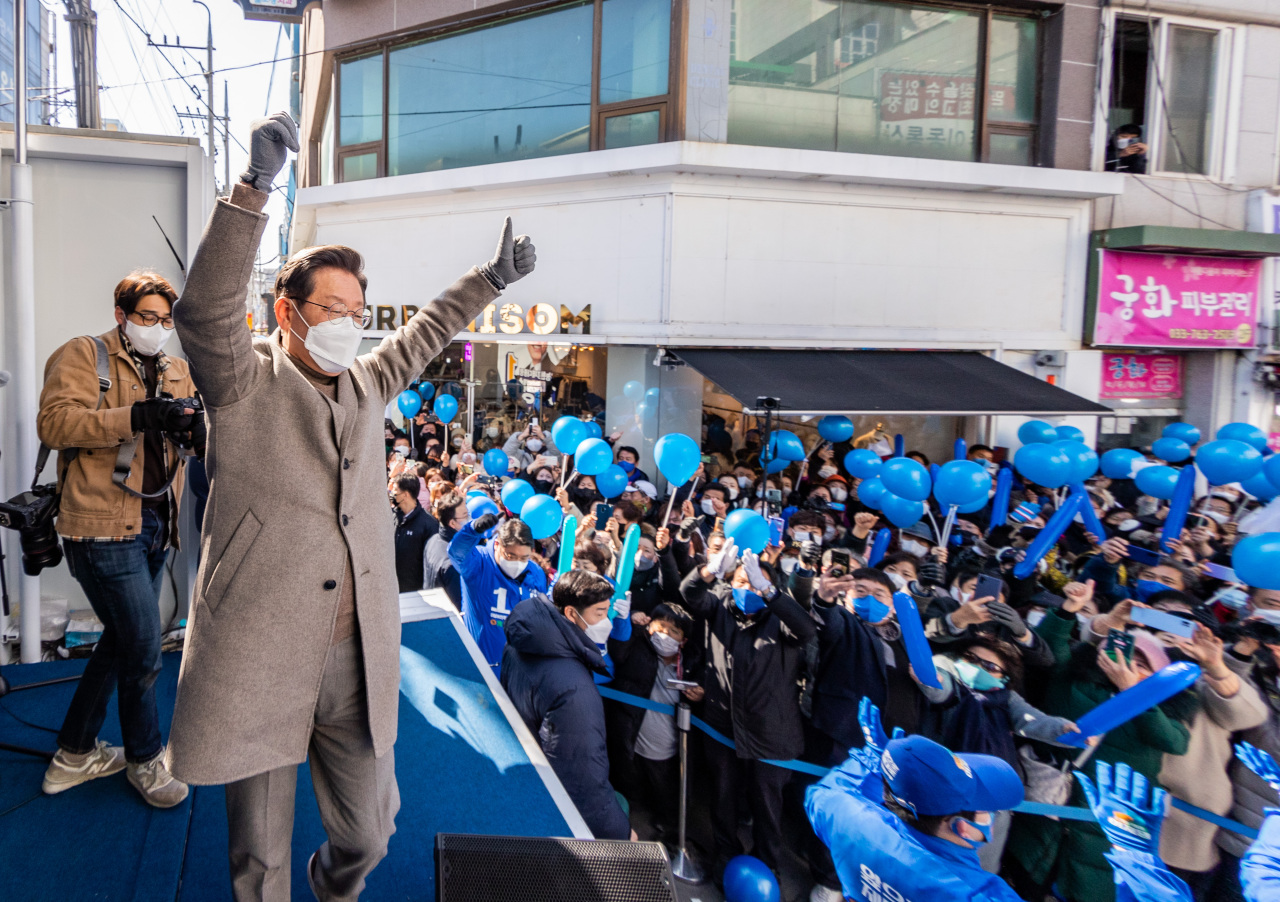 At campaign rallies for Lee Jae-myung of the ruling Democratic Party of Korea and his main rival Yoon Suk-yeol of the opposition People Power Party, officials from each camp devoted much of their energy to denounce and criticize the other side, to the extent of even leveling false accusations combined with insults.

"You know, prosecutors throw an uppercut when they score high singing in room salons," said Rep. Jin Sung-joon, a senior campaign official for the Democratic Party, during a campaign rally for Lee held Thursday in Chungju, North Chungcheong Province.

The comment was made targeting Yoon's signature gesture of throwing an uppercut in the air and his background of serving in the prosecutorial service. Jin did not provide any response or justification for his comments made at the rally.

The Democratic Party has also started likening Yoon to an animal, emphasizing he betrayed President Moon Jae-in after the president provided opportunities for Yoon to advance quickly up the ladder inside the prosecution and later be nominated as the prosecutor general.

"A saying goes that those who do not know who benefited them, they are animals, not humans," Rep. Heo Jong-sik said at a campaign event in Incheon on Tuesday.

"Candidate Yoon Suk-yeol could only advance that fast in his career thanks to our President Moon Jae-in. He promoted a prosecutor from the gutter to serve as the head of the Seoul Central District Prosecutors' Office and later on to prosecutor general, but he betrayed (Moon) and left." 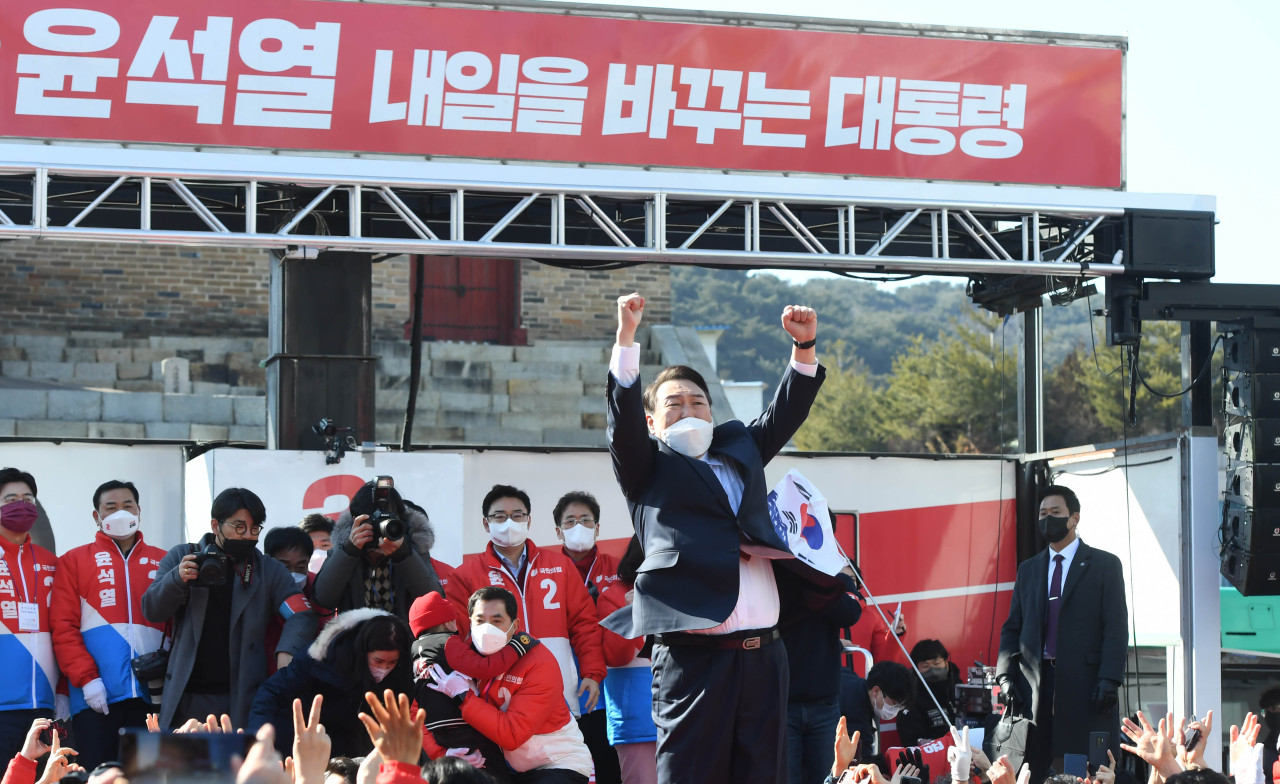 Presidential nominee Yoon Suk-yeol of the main opposition People Power Party throws an uppercut as a gesture for supporters during a campaign rally held in Suwon, Gyeonggi Province, on Thursday. (Joint Press Corps)
The People Power Party has also concentrated fire on denouncing Lee and his close aides, mainly focusing on Lee’s morality and allegations surrounding ongoing controversies. Its officials used publicly available voice recording files of Lee throwing insults at his sister-in-law from years ago.

"Just play that file of (Lee) insulting his sister-in-law to the person next to you," former Rep. Shim Jae-chul, a senior campaign staff member for People Power Party’s Gyeonggi Province campaign, said during a campaign event held Thursday.

"This alone, how this human garbage throws insults at his sister-in-law, essentially sums up everything."

Some members of the presidential campaign for the main opposition party also labeled Lee as a "rotten apple," saying he should be disposed of in a trash can instead of advancing to the Blue House.

"If an apple is not ripe yet, we can wait and let it ripe, but we can never even try eating rotten apples," said Jeong Woon-hyeon, former chief of staff to ex-Prime Minister Lee Nak-yon of the Democratic Party, in a Facebook post Monday made to announce his support for Yoon instead of Lee Jae-myung.