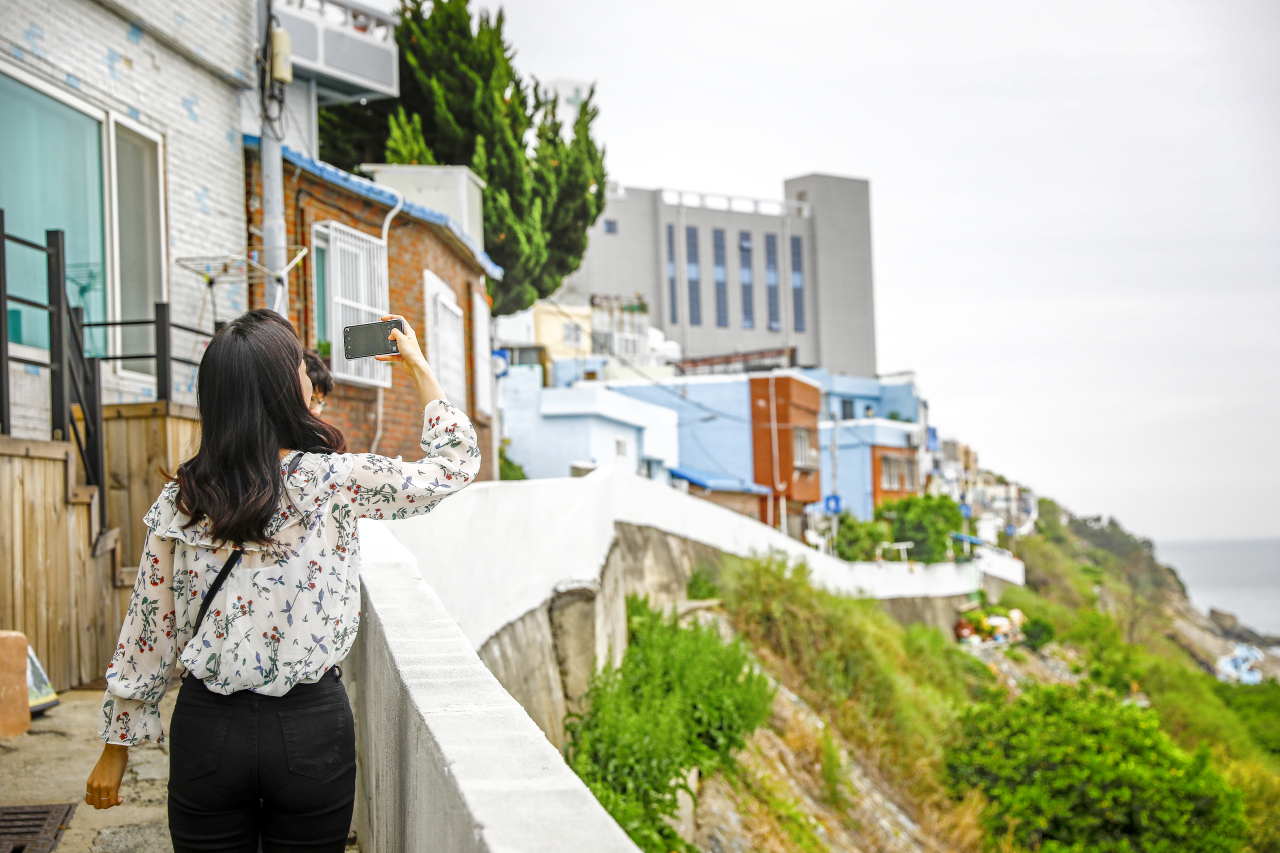 Huinnyeoul Culture Village in Busan (Busan Tourism Organization)
Kwon Jeong-hyun, 37, an office worker in Seoul, is planning a series of weekend road trips alone starting this spring with her diary as her companion.

“In my early 20s, traveling was like an assignment because deciding on whom to go with and coping with their schedules was not an easy task,” said Kwon, an avid solo traveler since her late 20s. In the past decade, Kwon has traveled to major cities alone, including Singapore, Hong Kong, Japan, New York and London.

She took her first solo trip in Korea at the age of 27, purchasing Korail’s Naeilro, a railway pass that allows passengers to travel across the country on train, valid for a week.

“When making decisions while on a solo trip, the only person to persuade is myself, which makes it a whole lot easier,” Kwon said.

Carrying a travel diary and a camera, Kwon changes the daily itinerary whenever she desires and makes new friends at bars and cafes. Kwon says she feels as if she were a protagonist of her own play, when on such journeys by herself.

“There was often a to-do list when traveling with friends or a significant other. They were all adventurous tasks to do, but when we had to compromise on some items to be deleted from the list, it inevitably led to clashes or disappointments,” Kwon said.

After the pandemic hit, Kwon made solo trips to Yangyang in Gangwon Province, and Gyeongju in North Gyeongsang Province and Jeju Island. 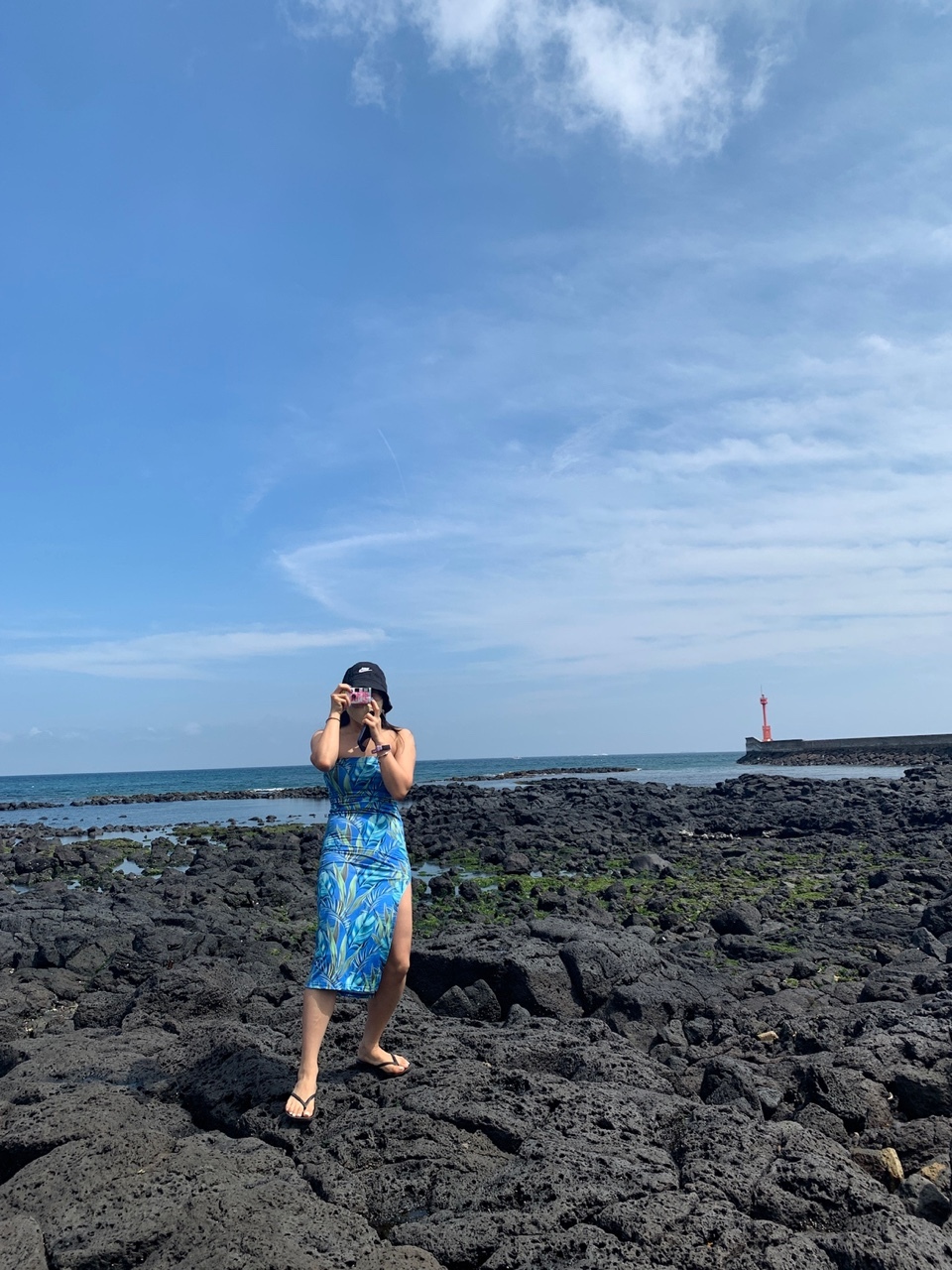 Kwon Jeong-hyun, an office worker in Seoul, on a solo trip to Jeju Island (Courtesy of Kwon Jeong-hyun)
Like Kwon, a growing number of people are opting for convenient and self-fulfilling trips. Solo trips accounted for 4.8 percent of all travels that occurred this year, in line with the growing number of one-person households, which stands at 31.7 percent.

A recent survey by the Korea Tourism Organization on solo travels in the country showed that those in their 20s and 30s found it ideal, primarily because it meant avoiding difficulties in adjusting schedules with travel companions.

The survey, released Tuesday, was based on data gathered from social media, credit card usage, and in-depth interviews with 12 different travelers, over three years starting 2019.

Those in their 40s to 50s saw solo trips as a celebratory event to mark their retirement and also as a means of being freed from certain relationships.

Safety and concerns about having to dine alone were major issues for the younger group of solo travelers, while the older group cited stares from people and difficulties of bringing along pets.

As for destinations, solo travelers found some places were more suitable than others for traveling alone.

Travelers will be accompanied by colorful graffiti and artworks on the walls of the houses along the path.

A popular Korean film location, some spots are marked with photos or quotes from the films that were shot there. Little cafes and independent bookstores can be found in the village.

The information center is open from 9 a.m. to 7 p.m., and there is a parking lot at the entrance to the walkway. 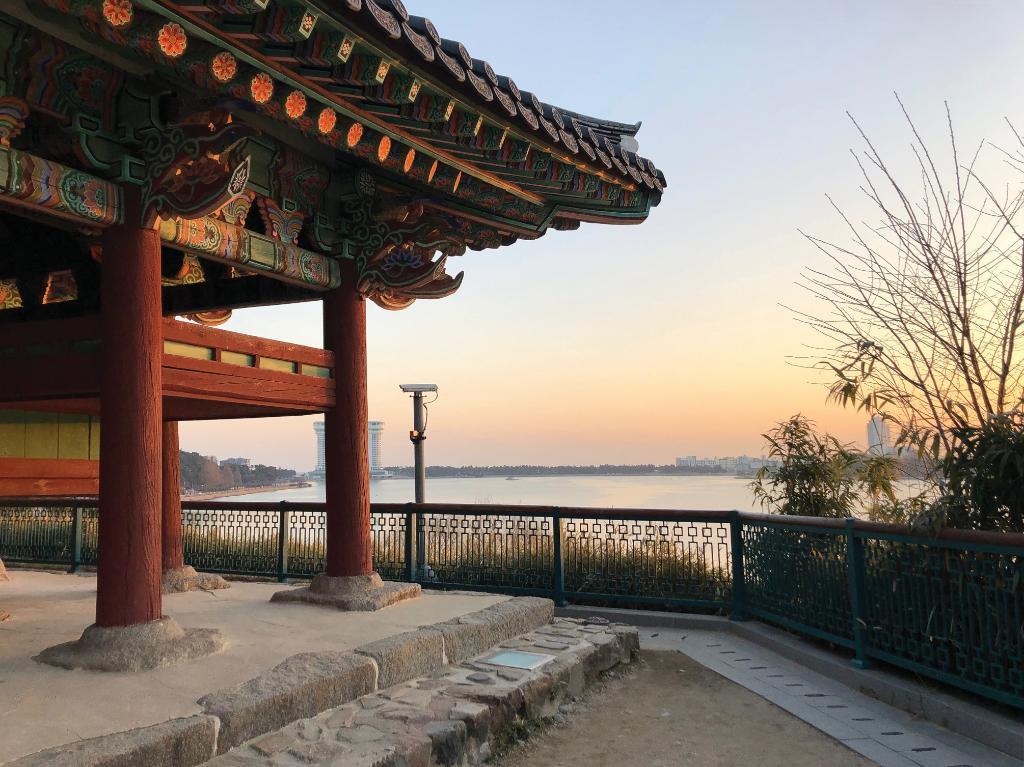 Gyeongpodae in Gangneung (Gangwon Tourism Organization)
The Gyeongpodae Pavilion at the eastern end of Gangneung City is a scenic viewpoint overlooking the Gyeongpo Lake, a popular spot to watch the sunrise.

Though March to early November is recommended as the best time to visit, the frozen lake in the winter months is a sight to behold.

Gyeongpodae is adjacent to the Gangneung cafe street and Chodang-dong, a district famous for sundubu, or soft tofu. Cafes and tofu restaurants welcome visitors traveling alone, so don’t hesitate to walk in. 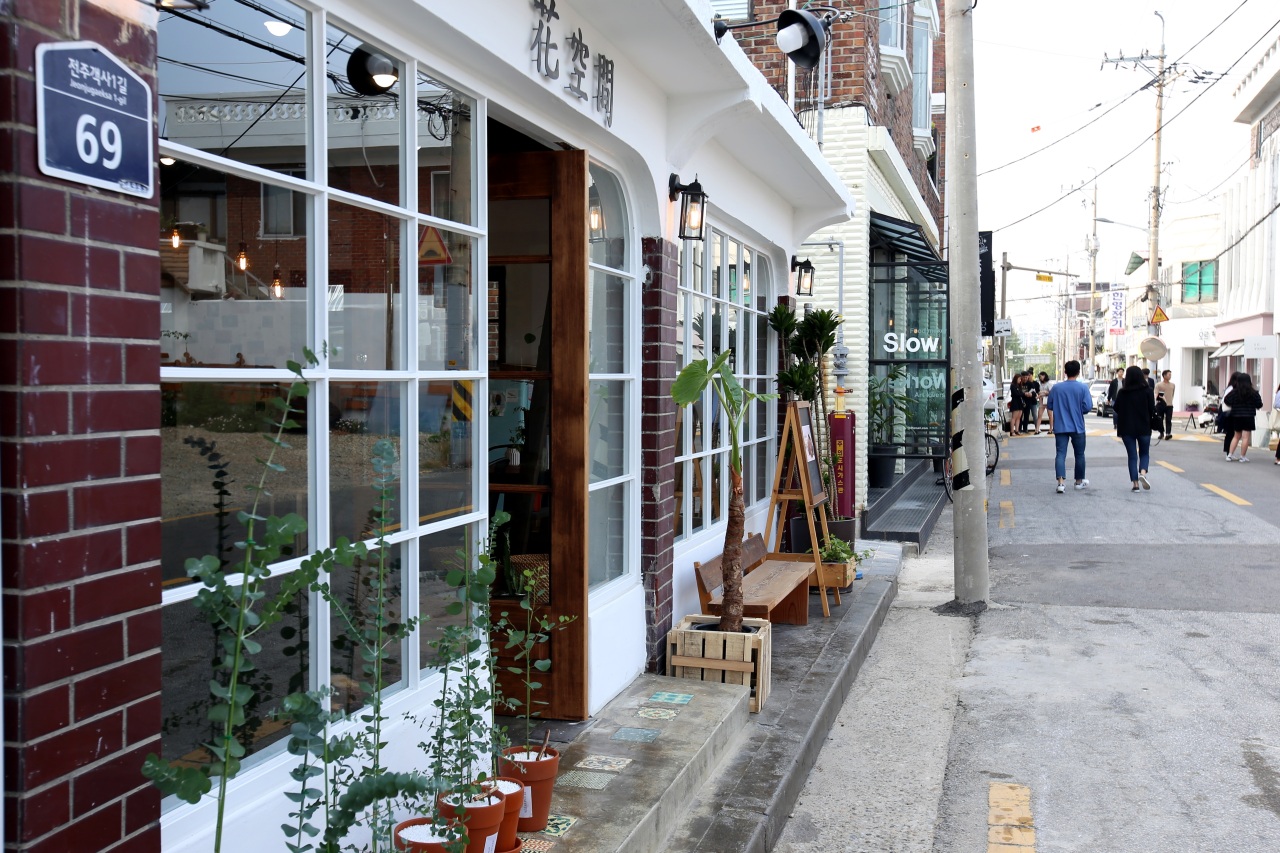 The name Gaengnidangil derives from Jeonjugaeksa located in the area. Gaeksa refers to accommodations for important guests and Jeonjugaeksa is estimated to trace its origins to the Goryeo period.

Gaengnidangil is lined with over 30 antique shops, cafes and restaurants. A blend of the traditional and the modern, the street offers visitors a moment to travel back in time.

A five-minute walking distance from Gaekridangil stands the JIFF Film Street, where the annual Jeonju International Film Festival takes place. Going to the movies alone in an unfamiliar neighborhood may be yet another unique experience for a solo traveler.