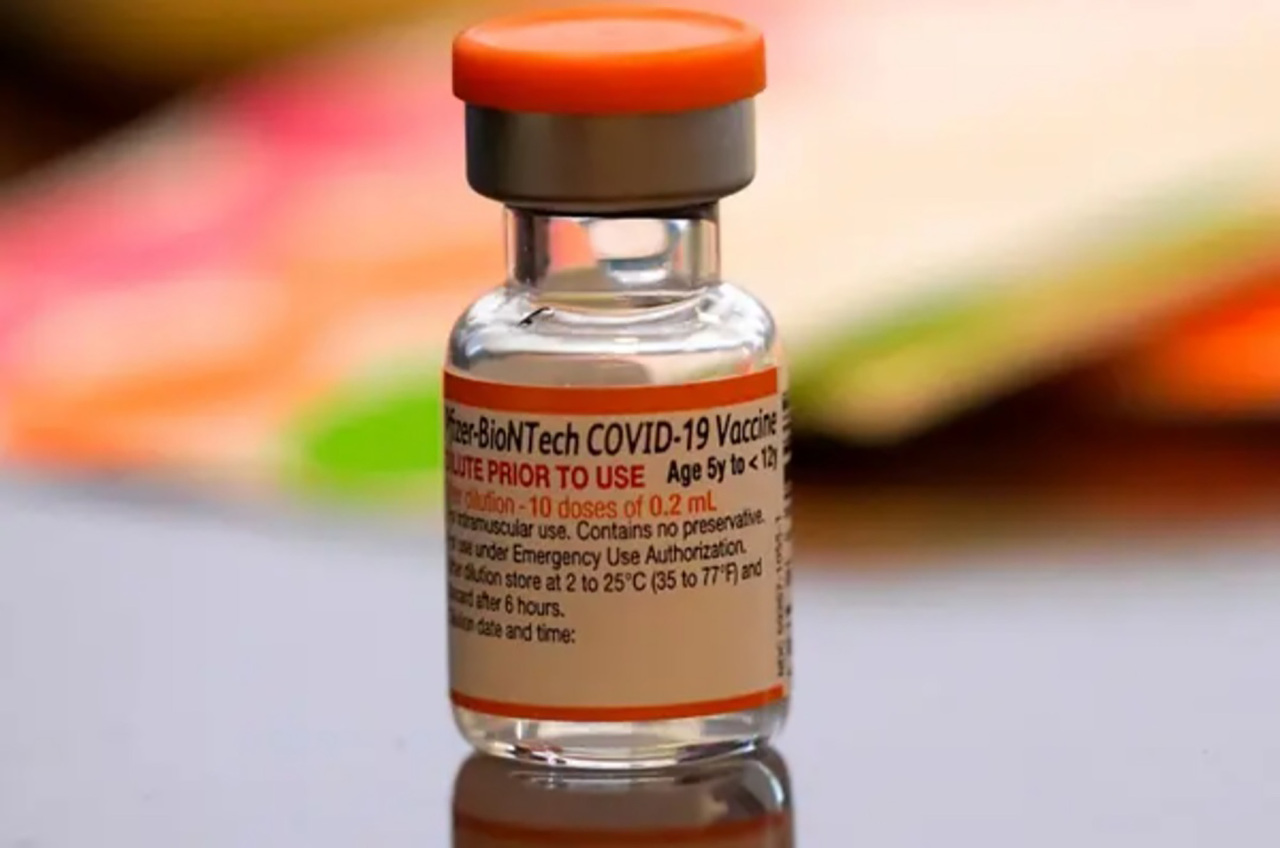 The country reported a record high of over 170,000 daily cases of COVID-19 from the previous day. Of the new cases reported in the last week, almost 30 percent were found in children aged 18 or younger, according to the Korea Disease Control and Prevention Agency.

The vaccine, named Comirnaty, will be administered twice with a three-week interval, while children with severely weak immune systems will be able to receive a third jab four weeks after the second inoculation, according to the ministry.

"The approved vaccine is meaningful in that it is the first that can prevent coronavirus infection in children, and restrain the development of severe symptoms among them at a time when the number of COVID-19 cases is mounting due to the spread of the omicron variant," the ministry said.

The KDCA will later announce a detailed plan on when and how health authorities will begin administering the vaccine for children aged 5 to 11.

The approval came less than three weeks after Pfizer’s Korean branch applied for the product‘s approval on Feb. 4. Prior to that, the global pharmaceutical firm had submitted the results of its clinical trials on 3,000 children aged 5 to 11 in four countries including the United States.

According to the ministry, the overall safety and efficacy of the vaccine administration on children aged 5 to 11 was similar to that of vaccines for people aged 16 to 25.

The most common side effects included pain and swelling at the injection site, tiredness, headache, redness, muscle pain and chills. Health authorities said that there were more reports of side effects after the second dose than the first, but the symptoms disappeared within the next three days.

The ministry said there were no reported deaths, heart inflammatory symptoms or anaphylaxis from the vaccine's administration.

Comirnaty was found to be 90.7 percent effective at preventing COVID-19 symptoms among 1,968 children who had not been infected with the coronavirus, according to the ministry.

"Although we have not decided on who will be the priority subject for inoculation yet, the first target to be vaccinated is the high-risk group among children," said Choi Eun-hwa, a professor at Seoul National University’s College of Medicine, in a closed-door press briefing.

"They include children with obesity, chronic obstruction pulmonary disease, heart disease and diabetes. The other targeted group would be children living with family members who are old or have underlying diseases."

On the purpose of administering vaccines to children, the ministry explained that as children are highly activie, they can spread the virus to others at school and home. Therefore, it is necessary to administer vaccines for them to both prevent severe symptoms and curb the spread of the virus.

The vaccine has been cleared for use in 62 countries including the US, the UK, the European Union and Japan for children aged 5 to 11, according to the ministry.