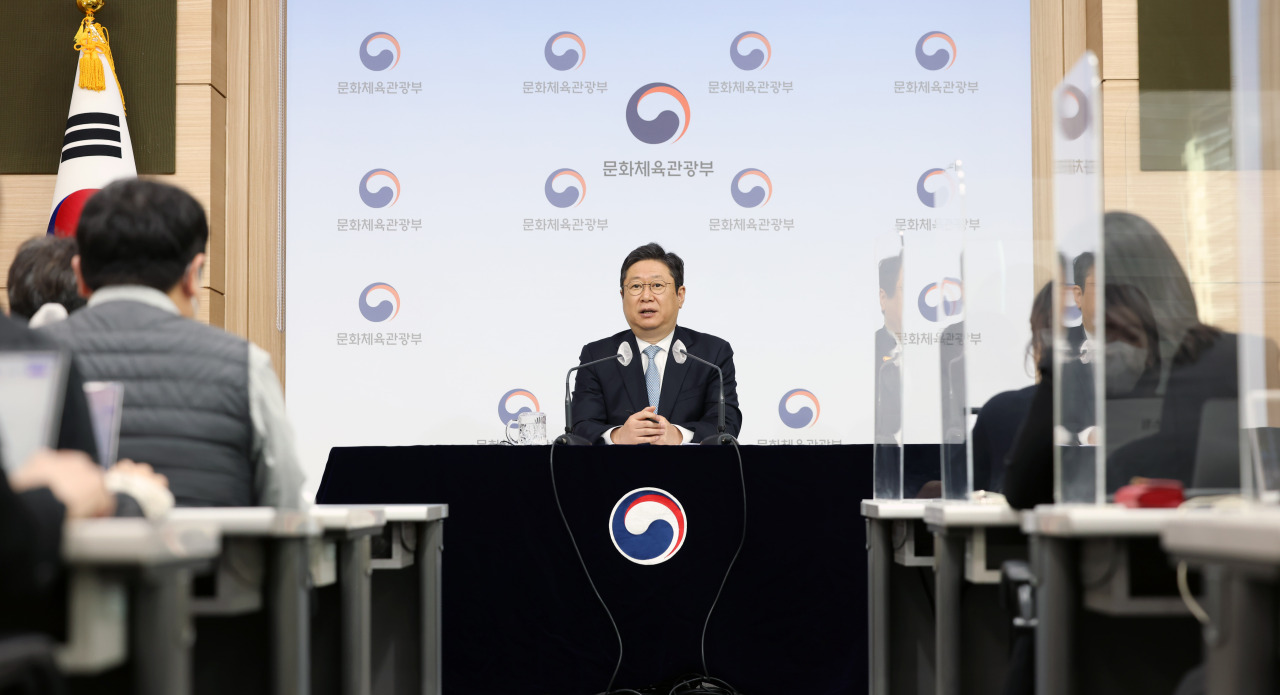 Hwang said that he pitched the idea to IOC President Thomas Bach at the Beijing Olympics, saying that an Olympics dedicated to culture would fit the goal of the sports event which brings the global communities together, providing opportunities for athletes to have various exchanges, reduce differences and enhance harmony.

“Cultural values crossed borders during the pandemic and the world has begun to see the benefit of crosscultural interactions,” Hwang said.

Bach, according to the minister, replied ‘principally ok’ to the idea. Having said that, Bach was concerned about the format of a such an Olympics, according to Hwang, given the difference with sports competitions where achievements are measured through scores and rankings.

Still at a very early stage, the Cultural Olympics can utilize a competition format or an expo/biennial-type non-competitive setup, Hwang added.

Hwang plans to work with former UN Secretary-General Ban Ki-moon, who has been the chair of the IOC Ethics Commission since 2017, and establish a working committee on Culture Olympics.

The ministry will make an official proposal to IOC in March, Hwang added.

A Culture Olympics was first proposed by Hwang last November when he met with French Culture Minister Roselyne Bachelot. Paris will host the 2024 Summer Olympics.

Hwang, a ruling Democratic Party legislator, was appointed as the culture minister a year ago.

Speaking at a press conference held to mark his one year on the job Tuesday, Hwang also said that the ministry has put in a lot of effort to help people in the culture, sports and tourism industries who have been hit hard by the prolonged pandemic.