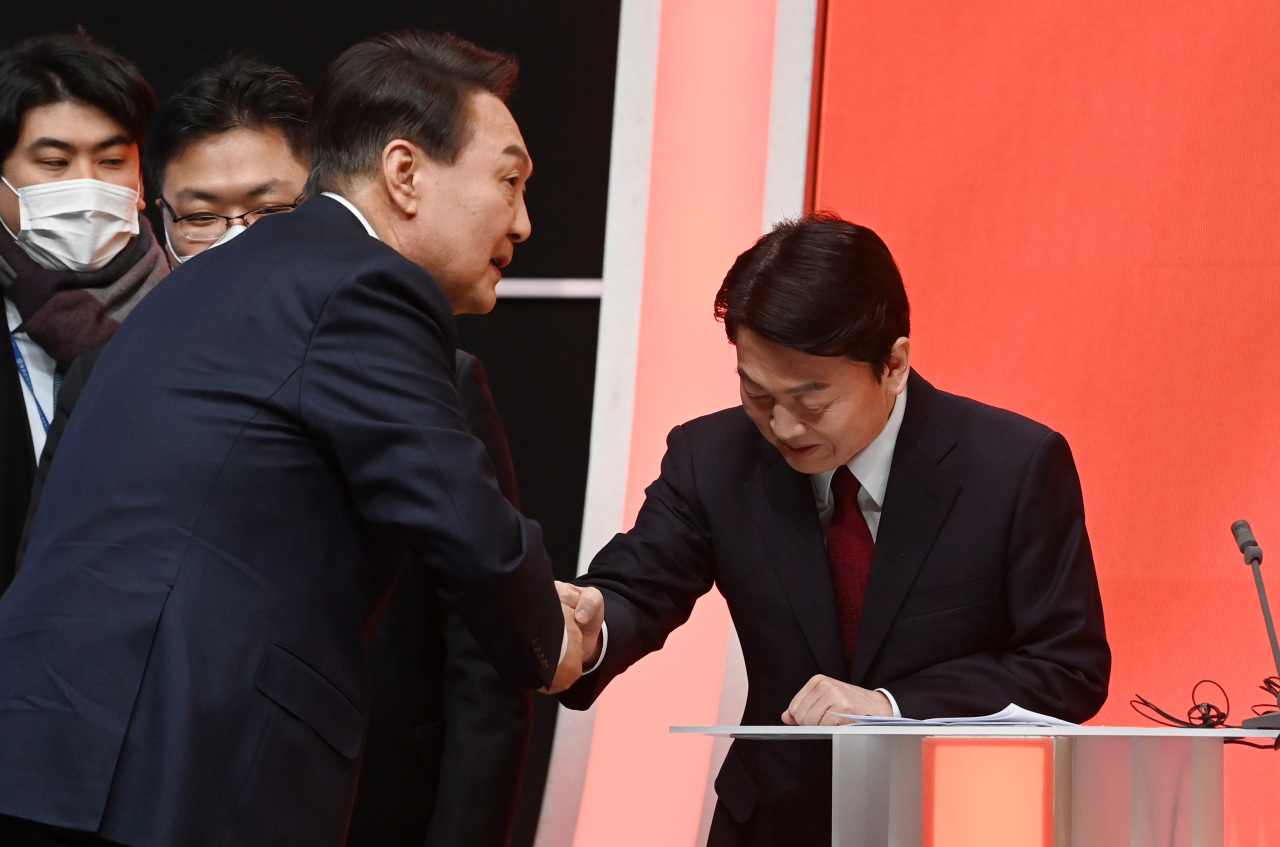 “It is an era of slow growth. It is difficult to resolve the economic polarization and encourage social mobility at a time like this. We have to strengthen the digital data economy, creating a new paradigm,” Yoon said during a TV presidential election debate held Monday.

Ahn, a former head of IT security giant AhnLab, asked Yoon what he meant by digital data economy.

“We have to build up a network that allows flow of 5G data, artificial intelligence algorithm that helps analysis on the cloud. It is the software technologies that matters,” Yoon answered.

“They are all related to hardware, not data or infrastructure,” Ahn pointed out.

Yoon rebutted him. “No. Software technologies are needed for this,” he said.

“We often mention digital transition, which has been happening since 30 years ago when people began to use computers and networks. These days, devices are all connected to each other and data flows like water. The fast speed of data flow will shape the fourth industrial revolution.”

Ahn was unimpressed. “Digital data platform business and big data business are different terms,” he said. “I am worried Yoon is not able to tell the difference between the two.”