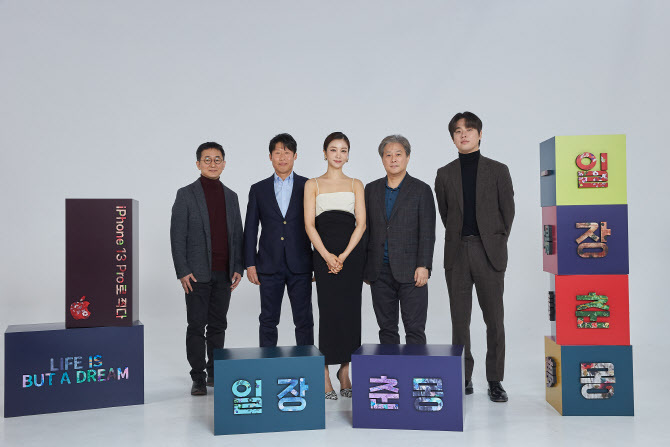 Park Chan-wook, the director of ‘Oldboy,’ and ‘The Handmaiden,’ unveiled a short martial arts fantasy filmed with Apple iPhone 13 Pro on Friday.

“Life is But a Dream ‘’ revolves around an undertaker, played by Yoo Hae-jin, who needs wood to build a coffin for the savior of his village, played by Kim Ok-vin, and digs up an abandoned grave. But while doing so, he accidentally awakens the ghost of an ancient swordsman, played by Park Jeong-min, who wants to take back his coffin.

“‘Life is But a Dream’ seemingly begins as a horror film, then slowly reveals itself to be a mix of fantasy, martial arts, rom-com, and musical,” Park said of the film.

The movie, written by Park, is also a collaboration with cinematographer Kim Woo-hyung; Jang Young-gyu, a music director who is also the leader of pansori pop band Leenalchi, best known for its hit song “Tiger is Coming”; and choreographer Monika Shin, of whom director Park became a fan after watching Mnet’s dance survival show “Street Woman Fighter” last year.

This is Park’s second film shot on an iPhone. In 2011, he created a 30-minute ‘Night Fishing’ shot entirely with iPhone 4. Park won the Golden Bear Award for best short film at the 61st Berlin International Film Festival, and liked the memory so much that he continued making short films afterwards. ”I wanted to make a new short film with a device equipped with advanced technology again this time,“ the director added. 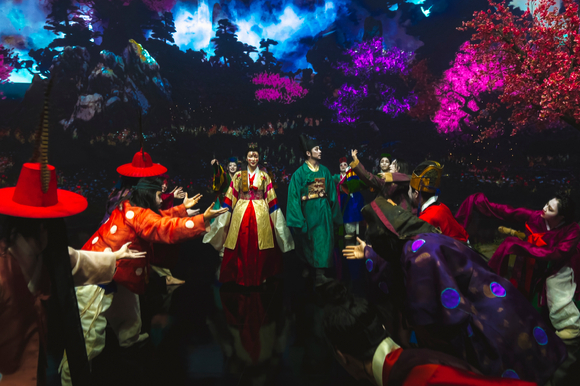 A scene from “Life is But a Dream” (Apple)
For future directors, smartphones can be a great tool to experiment with camera angles, he said.

“The story of the movie is important, but how to organize the screen is the most difficult problem for the beginners. You can experiment with screen composition with a smartphone,” Park added.

“Life is But a Dream” and the making of the film were made available on Apple’s YouTube channel on Friday.